Twitter.com users will soon be using a new interface. Yesterday, the company announced that a new design for Twitter.com will roll out to users over the next couple of weeks. As you can see from the screenshots and video below, besides design changes, the major improvement to the new Twitter interface is the integration of images and videos in streams. 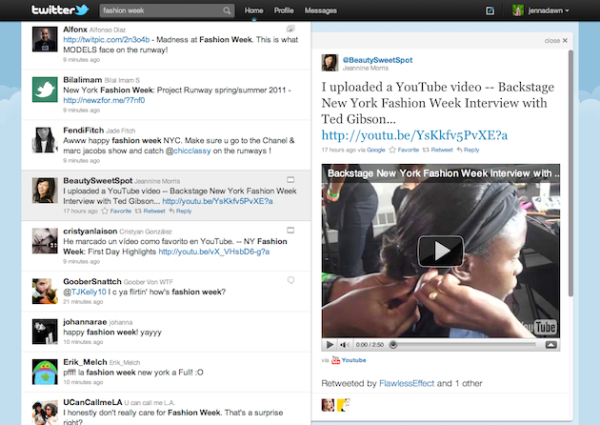 Check out this video of the new Twitter.com:

While many other subtle changes have been mentioned about the new Twitter.com, from watching the video Twitter produced, it is clear that the service is growing up and that these changes set the foundation for future plans to generate revenue and increase engagement for users and marketers.

Twitter just became a little more like Facebook and other social networks with the incorporation of multimedia into user streams. However, Twitter is still a different type of network and users interact with each in different ways. Twitter is about discovering new people and information. By adding multimedia into the new design, Twitter.com reinforces the need for marketers to become content creators. These changes demonstrate that text isn’t the only method for telling a story online.

What do you think of the new look of Twitter.com?