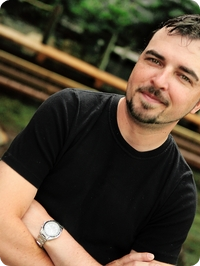 In episode 4 of Inbound Now  the man, the myth, the legend, Mr. Scott Stratten ( @unmarketing ) joins us to drop some great social media and inbound marketing knowledge from his new book: Unmarketing .

In the show we talk about:

Want to win a signed copy of Unmarketing?

Leave a comment on our facebook page telling us why you want the book! Or let us know here


Find Out What You Are Good at Naturally

Instead of trying to be good at something you might suck at, Scott suggests that you should play to your strengths.

If you are a good writer, become a great one. If you are good at video, focus on that and knock the ball of of the park.

Why Are You Marketing to People the Way You Hate to Be Marketed to?

Social Media is helping to level the playing field and letting good guys win. The barrier to entry from the days of traditional media is no longer there.

Using the same interruptive marketing techniques that make you angry is not going to cut it moving into the future.

Instead, try pulling in your prospective customers via search engines and social media and give them something of value before cramming a sales pitch down their throats.

Ogilvy and Kraft ran a campaign  for the Tassimo Coffee maker in an effort to boost awareness and sales for the Canadian launch.

They reached out to social media influencers and gave out over 300 free coffee makers with no strings attached.

The story really encompasses the anatomy of a social media giveaway  and reaching out to influencers in your own communities could be extremely beneficial.

In the tassimo campaign , Gary from Ogilvy sent personalized emails to each influencial blogger that he reached out to.

You have to remember that these bloggers are being pitched constantly. A dear sir or ma'am is not only going to make their eyes roll and the pitch fail, and, more likely than not, book you a one way ticket to the spam filter.

The Concept of Platforming

Starting out Scott recommends that you pick one platform and focus on growing it. Spreading yourself too thin between the 50 "gajillion" social media sites that exist today will end up hurting you because you don’t have time (no one does) to connect with everyone everywhere.

If you focus on one platform and hammer away at it you have a much better chance of gaining some traction with your audience and THEN you can start expanding into other social platforms.

“Every band wants to play the stadium, but you need to fill a club first”

Scott is a living, breathing example of this. Scott spent 8 months on Twitter stumbling and bumbling around, until one day he decided “alright, lets do this thing for real”.

After about 25,000 twitter followers, he launched his blog and had a built in audience of raging fans.

@printermanage (grady and amanda ask) "What worked/what didn't as he first started out. His advice to us?"

The Answer: Scott's biggest mistake was exhausting his in house email list by sending them way too much affiliate and sales materials. People were unsubscribing at an alarming rate.

Your in house list is critical for your business!

One of the biggest sin's of marketers is marketing to people the way they themselves hate to be marketed to.

Social media does not change the fact that relationships take time. Focus on one major platform and build it. “We are always looking at whats next in social media and marketing but we suck at now!” If we suck at marketing from 10 years ago focus

Scott personalizes his auto responder (almost an oxymoron) and asks each person what line of business they are in, so he can tailer his content to fit their needs.

This is valuable research and development for any business and a simple tactic to implement. Be warned it isn’t super scalable but it can be an invaluable way to start those conversations.

Some companies spend all of their time and effort gaining new customer and not enough on retaining existing customers.

A real world example: Tim horton’s coffee ended up losing Scott's business (around a 20,000$+ lifetime value) not because of something HUGE but little tiny things that added up over time. These tiny occurrences let Mcdonald’s reach in the gap and take Scott's business.

More likely than not, epic problems don’t happen. Most people will not voice their concerns and just leave.

Marketing Takeaway: it is vitally important to optimize every single touch point you have with your customer.

You can find Scott online 24/7 on Twitter @unmarketing and on his Un-marketing blog .