With continuing U.S. economic concerns expectations were that eCommerce sales would remain flat or even decrease in 2010. Instead, total U.S eCommerce spending increased by 9 percent from 2009, reaching 227.6 billion last year. So, despite a struggling economy, how can this dramatic rise be explained? Some would hypothesize that the growth can be attributed to a rise in participation and spending in social media, search engine optimization, and search engine marketing. 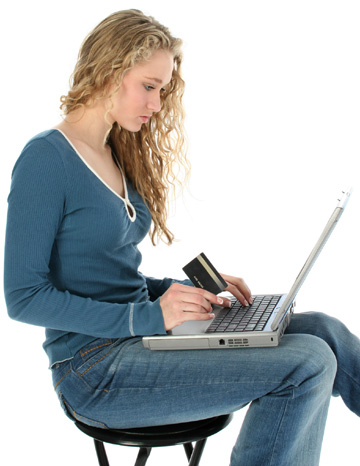 Much of the growth in eCommerce spending can be attributed to the holiday season and eCommerce’s version of Black Friday, Cyber Monday . The Monday after Thanksgiving accounted for over one billion spent in online shopping, the highest online shopping day of the year. Combined, online shoppers spent 32.6 billion in November and December, a growth of 12 percent from the previous year . Shopping sites used search marketing and social media to promote their unique Cyber Monday deals (typically free shipping) and drive record traffic numbers to countless eCommerce sites .

Staggering Facebook numbers are a major factor in many businesses turning to the social network to connect with potential customers. The U.S. audience of Facebook grew to 153.9 million users when last note in Decemeber, an 38 percent increase from the same date in 2009 . With increased adoption of social media, eCommerce companies were able to promote their products and deals to consumers on a frequent who opted-in to hearing from them. Additionally, user’s easy ability to share this information with their networks put these messages in front of even more interested consumers. Look for eCommerce integration with social networks, most notably Amazon’s recent announcement that users can connect their Facebook account to their Amazon account , to create an even bigger splash in social media related purchases.

Beyond using social media outlets to promote eCommerce store offerings many business ramped up their online advertising efforts to bring more visitors to their websites. eCommerce giant, eBay, had the 5 th highest amount of display ads among all advertises with just under 39 million in 2010 . Search engines provided stores an even bigger opportunity to get found in 2010 as the core search market grew 12 percent with a 4 percent increase in unique search engine users .

A Focus on Search

Search engines provide smaller eCommerce stores their biggest opportunity to draw in prospective shoppers. With an increased understanding that blogging and long-tail focused keyword strategies can bring in very qualified visitors from searches that more directly match their product offerings.  By ditching manufacturers descriptions and labeling of products smaller eCommerce websites can avoid being engulfed by giants like eBay and Amazon by competing on longer, more specific keyword phrases i.e. “white clay court tennis shoes” as opposed to “tennis shoes”.

Furthermore, eCommerce websites can frequently collect visitor data from non-transactional shoppers by promoting their various deals and discounts to take advantage of later. By collecting email address and other relevant information from visitors, eCommerce websites can use email marketing to reach out to potential customers and provide them direct access to their site and even specific product pages once they’re ready to buy.

By implementing inbound marketing tactics small to mid-sized eCommerce companies can attract more qualified visitors to their websites and increase sales. Learn more about how your eCommerce store can benefit from investing in inbound marketing through our “eCommerce and Inbound Marketing Webinar” .

All data from this article can be found in comScore’s report “2010 U.S. Digital Year in Review” .

How to Accept Payments Online for Free [7 Top Payment Providers]