#INBOUND13 is just around the corner, so whether you bought your ticket six months ago or are still deciding whether or not to pull the trigger, here are 10 things you might not already know about INBOUND. 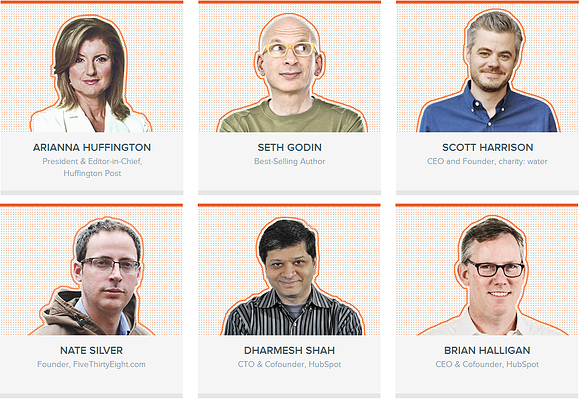 And if you haven't already, get your tickets. (Today's the last day of The Final Countdown sale.)

See you at INBOUND!

1) After the Final Rose

If you’re missing The Bachelorette already, fear not: Brooks Forrester, who famously exited stage left on the most recent season of The Bachelorette, is an inbound marketer. He’s part of the awesome team at FIT Marketing in Utah (a HubSpot partner) and will be coming to join in on the fun of the conference.

Nancy Duarte, who is speaking at INBOUND, created Al Gore’s slides for An Inconvenient Truth, which became one of the highest grossing documentaries of all time. If she can make global warming, PowerPoint, and Al Gore cool, can you imagine what she can do for your business? Check out her work here before you see her speak at INBOUND.

3) Counting Stars, Up Close and Personal

INBOUND ROCKS is headlined by OneRepublic, whose hit “Apologize” is likely already a fixture on your iPod. Counting Stars, their latest hit single, is currently climbing the charts, and INBOUND attendees get to attend their concert (alongside other awesome bands) as part of their conference ticket.

4) Did somebody say pizza?

Ramon De Leon was a driver for Domino’s in Chicago in the 1980s. Over three decades, he became a thought leader within the Domino’s organization, leveraging social media and pioneering online ordering to grow his franchise into a $7 million per year business. Whether you want to learn more about innovation and small business or about how you can better use social media and the internet to grow your personal and professional brand, he’s your guy -- and he’s one of our awesome Bold Talks speakers.

Let me guess--at some point or another, your boss or colleague has asked if you can “make something go viral.” This time, instead of rolling your eyes (I feel your pain), learn how to do something about it from a true pro: Tim Washer may work for Cisco and have prior experience with FedEx and Deloitte, but he is also a comedian, actor, and social media expert. He wrote this piece on the rules of viral videos you shouldn’t share with your boss. Not sure about you but I’m hoping to pick up a joke or two drafting off his success.

6) The Star of HubSpot’s Unsubscribe Video Will Emcee

Hopefully, you’ve never seen HubSpot’s Unsubscribe video because our emails are so lovable and awesome, but it’s worth a watch, as it has gotten some significant love from people the industry who are used to the usual boring unsubscribe messages. One of the reasons it’s so awesome? Our very own resident comedian, Dan Sally. In addition to being an inbound marketing expert, Dan is a stand-up comedian who has appeared on Comedy Central and in countless comedy clubs nationwide, so you’re in for a real treat.

7) You Can Get Your Head Shot Taken for Free

Anyone building a professional and personal brand on the internet needs a great headshot, but getting them taken can be pricey and time-consuming, so we’ll be taking headshots at INBOUND for any attendee who wants one -- and the cost is on us. Get primping, because we’re ready for lights, camera, and action to send you home with a headshot that makes you look like Beyonce. You’ll be on your way to Hollywood in no time. 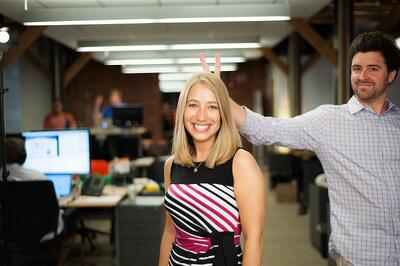 Disclaimer: we can't promise that HubSpotters won't give you bunny ears.

8) INBOUND Attendees Could Teach You a Thing or Two

INBOUND attendees come from all walks of life and have all sorts of tales to tell. Some stories even started right here in Boston. For example, INBOUND attendee Andrew met his girlfriend at INBOUND 2012 thanks to last year’s #Inbound12 hashtag. We don’t guarantee love in the ticket price, but ask Andrew -- it’s definitely a possibility. Fellow marketer and INBOUND 2013 attendee Mike Bruny started a sustainable bow-tie business because he was so inspired after seeing Scott Harrison, INBOUND keynote speaker, tell his story at a conference last year. Mike broke the mold when he sent us this awesome video about why he needed to be at our conference this month:

Networking at INBOUND is great for making business connections, but if you’re lucky, you’ll hear a pretty cool backstory, too.

9) It's Going to Be a Delicious Week in Boston

The week of August 19th is INBOUND, but it’s also Restaurant Week in Boston. Need I say more? Okay, I’ll say a little more. Every year, over 200 of Boston’s most delectable establishments celebrate Restaurant Week to give Bostonians a taste of their magic. Make a dinner reservation or just experience Boston looking a little more delicious than usual.

You may not think of a marketing conference as a fashion hub for stylish trends, but INBOUND is changing the game one wardrobe at a time. Forbes even published a piece this week on how to keep your outfits magazine cover-worthy while staying conference-friendly. Expect to see attendees catwalking from session to session. Or you know ... networking and hanging out in HubSpot t-shirts.