10 Lessons in Building a Million-Dollar Business 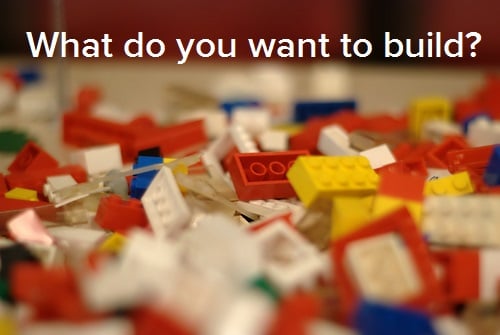 I recently attended a fireside chat with Ramit Sethi, personal finance advisor and author of New York Times Bestseller I Will Teach You To Be Rich. Sethi combines behavioral psychology, market research, and analytical testing to delve deep into the minds of his target audience and consumers, and has built a multimillion-dollar business on it.

I found that the ideas that he shared with us -- on mastering marketing, selling effectively, and building a successful business -- were too good not to share.

Here are some of his ideas and insights I found myself jotting down. You might want to take notes too :)

1) People are afraid to sell things.

Sethi started off his talk by explaining that he didn’t start his blog to build a business -- he wasn’t in it to make money. He started it because he wanted to help people. But when he realized that there was real potential to monetize his idea, and that he would, in fact, be able to make a profit from it, he was nervous to make the switch.

"I was afraid of seeming like a sellout," he said. And when he did start charging for his services, there were a handful of people who complained -- "the vocal minority," he called them. But in spite of those who reprimanded Sethi with slews of negative feedback, people were still buying! Sethi explained that, when you’re building a business, you can’t let the dissenters stand in your way. It is always important, he emphasized, to digest every piece of feedback you receive, but don’t let a few negative voices persuade you against doing something that otherwise proves successful.

You need to build real relationships with the people on your email list. You can’t think of them as merely contacts in your database or numbers in your reports -- you have to think of them and talk to them like real people. Be funny. Tell jokes. Put a picture of yourself from the fifth grade in your email. If they don’t like your tone or your style, Sethi said, "Who cares? Get off my list. It’s not like they’re going to buy anyway."

The point is, if you can connect with your readers on a personal, emotional level and you’re able to prove results for whatever you’re selling, price will become trivial. Plus, he added, "The customers who are ready to buy -- they don’t care about price. They care about value." So don’t cheapen your brand with 50% off discounts if you’re going for a high-end business model. Just build those relationships and gain their trust.

3) Qualitative feedback is invaluable to your business.

Sethi explained that he asks a question to his readers at the end of most of his emails, and guarantees that if they write a response back to him, he will read it. "I do this because it’s invaluable to my business. And you know why? Because the responses you get in an email are very different from the responses you get when you send out a survey asking for feedback."

Sethi underscores the importance of leaving questions open-ended, letting your readers or your customers offer you whatever feedback they want to give, because these are the real thoughts they’re having, in their own words, and that is what you should be paying attention to.

"Most marketing I see is pretty generic," Sethi pointed out, asking how much marketing copy these days consists of words like "easy," "fast," and "reliable." These don’t mean anything! You should be answering the questions that people have when they come to your website. Sethi gave an example: “If you write an ebook about some technical topic and I come to your website and one of your bullet points is that you can read it on iOS, Android, tablets … I don’t care about that right now! I just want to know if your ebook is better than that other guy’s ebook.”

You only have three seconds to capture your visitors’ attention -- don’t waste it on information that is not absolutely top of mind for them when they get to your site.

5) The language your audience uses is the language in which you should speak to them.

One of the biggest factors that Sethi cited in his marketing success was the tone in which he speaks to his audience. It goes beyond treating them like real people -- Sethi said that he treats them like his friends. He explained that you need to learn the language of your audience, understand how they talk about your product and the concepts around it, and use those words to talk to them.

Using their own language and speaking to your audience conversationally helps you build trust among your readers, and helps them to better, and more willingly, engage with you.

Sethi explained that conventional marketing wisdom says that marketing emails and landing page copy must be short and succinct in order to be effective. But he’s written emails that are 10-30 pages long, and he noted that his longest sales page is 57 pages. (Yeah, I couldn’t believe it either.) He makes a good point though, in saying, “If you write 10-30 page emails or 57-page sales copy, who reads it? Only the buyers.” In other words, if you’re writing for the right people, they’re interested in what you’re saying and every word matters to them.

Sethi also mentioned that the startup mentality these days is often to “just give them what they need as quickly as possible,” to which Sethi responds, “slow it down.” You need to get your prospective buyers to see results before they even see a sales page. Your first email to them shouldn’t be a sales pitch, and you’ll need more than one email to sell to them. Don’t rush people through the buying cycle -- you need to move your leads through the sales funnel with the right timing.

These are just two examples of why it’s important to question conventional wisdom and find what works for your business and your marketing.

7) Market research and data are crucial to a good product.

Before launching his Earn1K product, Sethi and his team gathered 100,000 data points to help them learn more about their audience and gain insight into their potential customer base for the product. He explained that he likes to begin with what he calls “cloud research,” where everything is very high-level and you group ideas into big buckets and figure out what won’t work and what might. But you really have to start with the market.

“I’m humble enough to know that a lot of what I think is wrong,” Sethi said, explaining why market research is what really grounds your product development. And once you get some deep insight into your market, you have to give people not only what they want, but also what they need. You have to give them something that’s realistic for them, but then over-deliver on that and delight them.

Early on in his talk, Sethi remarks that he only sells to people who are on his email list. Even if someone who’s not on his list gives him a wildly attractive offer and they’re willing to pay anything for his product, he won’t sell to them. Why? “I sell for the long-term,” he said.

Sethi also explained that they refuse to sell their financial planning products to anyone with credit card debt. He said, “Think about it. The loss of a small payment really makes no difference to me, but that payment makes all the difference to that person in their situation.” But more importantly, he argued, these wouldn’t be good customers for his business.

So, implementing this rule and narrowing his market actually increases his conversion rate and solves for higher lifetime value and longer-term success. “Think about who your business is not right for,” he recommends, “and don’t hedge your bets.”

This one was fairly simple, but begged to be included, given that it is true of all businesses. Sethi said, “One of every five things we try is going to fail.” You simply have to acknowledge that and figure out how you’re going to handle that failure. And keep going from there.

10) It’s all about your mentality.

I thought this was the perfect idea to end with. Sethi was asked what lessons he has learned from his mother, and referencing his parents’ strong marriage, he said, “You have to go into it saying, ‘There’s no other choice. We’re going to do whatever it takes to make it work.’ And I think that applies to your business too. You have to go in with that mindset in order to be successful.”

What do you think of Sethi's points here? Share your thoughts below!