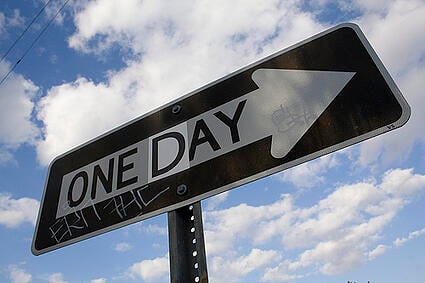 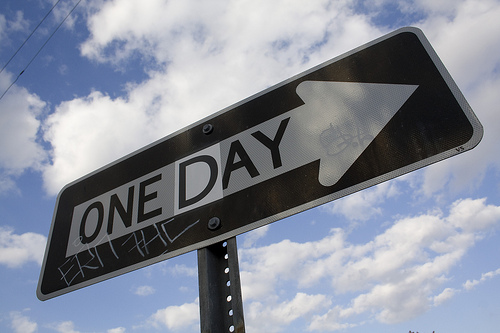 Newsjacking may sound like a dirty word, but in these cases, it’s definitely being done for good. Being that today is World Water Day, we found it very relevant to highlight some nonprofits and companies that are trying something different to raise a ton of money, via one dedicated day of fundraising.

These organizations are “newsjacking” one particular day in the calendar year to help catapult their cause to the forefront of their audiences to make a massive impact ... in just 24 hours. Whether it’s leveraging a national holiday or dedicated day of awareness, or creating your own day to help support your cause, these organizations are finding ways to condense a whole lot of fundraising and awareness "oomph" into just one day. Whether you're a nonprofit organization or not, maybe these campaigns will inspire you to do something similar in your marketing!

charity: water launched their annual 2013 World Water Day campaign today, asking individuals of all ages to pledge their birthday to support ending the world water crisis. Quite the call-to-action, right? They leverage World Water Day to encourage individuals to pledge their birthday and fundraise on mycharitywater.org. While this is a year-long campaign, driving a large marketing campaign on World Water Day brings all the focus to charity: water for one entire day. The goal is to funnel a ton of energy into one short period of time, and see the amplification effects bring in more pledges through a very specific, clear call-to-action.

Last year, they had 5,400 birthday pledges made on the actual day, and by the following week, they had over 12,000 pledges. This year they hope to get to over 15,000 pledges and have revamped their birthday page to highlight all the individuals who have pledged this year so far on their website, including some well-known celebrities:

"The Great Minnesota Give Together" From Razoo Giving

Razoo, an online fundraising platform, has designated November 16th as “Give to the Max” day. That's right, they created their own day to help non-profit organizations raise more money. 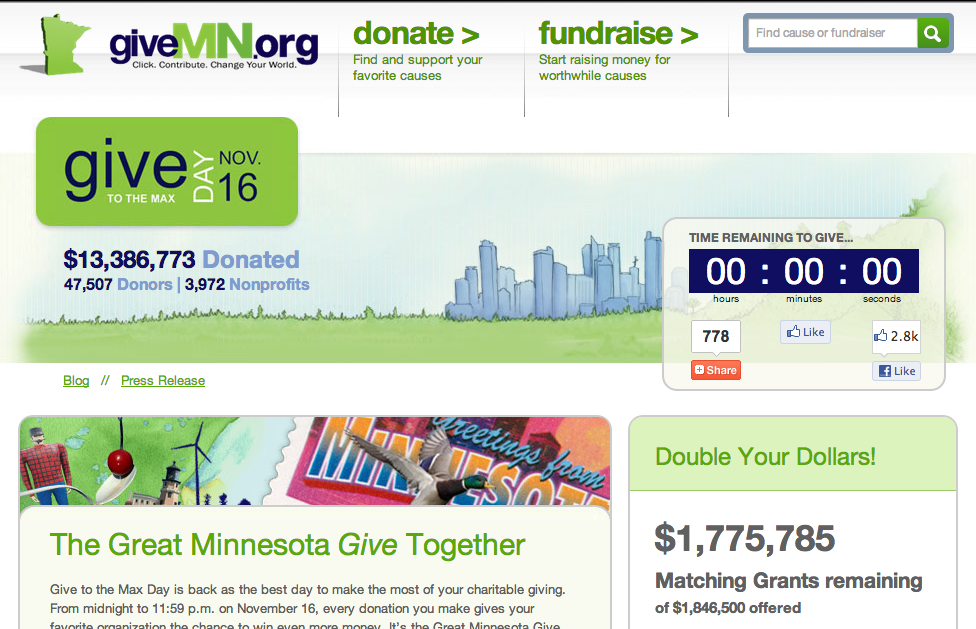 The local focus really drove interaction between individuals and the nonprofits. They offered donation matching, large donation prizes for chosen nonprofits and even a “golden ticket,” where they randomly choose a donor every hour during the day and added $1,000 added to their donation.

The moral of the story here is that your own organization doesn't have to work in a silo, and you don't have to blanket the nation for this one-day approach to work. Consider a more localized approach, and partnering with another organization or donation enablement platform to help get your message out.

Half the Sky's "Game for Change" on International Women’s Day

Four days before International Women’s Day on March 8th, Half the Sky, a women’s empowerment organization, launched a Facebook “Game for Change” that raises awareness and funds to empower women and girls across the country. Their sponsors donated $500,000 that was available to be unlocked by gamers completing specific quests within the game. The game also had the option for individuals to make personal donations to any of the game’s nonprofit partners. 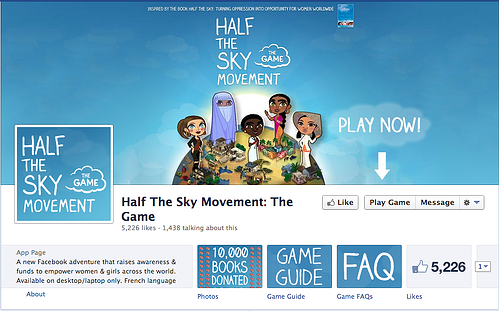 Half the Sky used gamification to educate, inspire, and raise money for their cause. And social media is a great place for this kind of activity to take place if you want to really amplify the effects of consolidating your fundraising into one day -- Facebook supports gamification through app development, and the more personal nature of the network jives with the emotional connection to a cause that nonprofits need to foster. Nothing like EdgeRank to help you amplify, am I right?

Groupon partnered with Crowdrise, an online fundraising platform for 2012’s Earth Day on April 22nd, to offer green deals, as well as run an earth day online fundraising challenge. 70 teams fundraised on Crowdrise for various nonprofits to raise over $335,000 dollars in one day.

Alongside the team challenge, Groupon launched 50 grassroots campaigns across the country. Supporters were able to rally together and impact their local communities in ways they couldn’t do alone. Groupon provided each campaign with a $1,000 grant to jump start their fundraising, totaling a $50,000 grant to support local organizations. The Charleston Waterkeeper in Charleston, South Carolina, for example, ran a campaign to have 40 people donate $10 so they could test 16 samples of local water for bacterial contamination. They had over 100 people donate $10 on the day of. 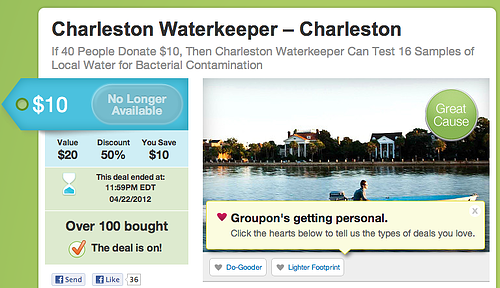 Yet again, we see the power of localization, a condensed time frame, and partnering up to help a good cause; and it's all under one theme -- making the Earth a healthier planet on Earth Day.

World AIDS Day Campaign From ONE

Bono's organization ONE leveraged World AIDS Day on December 1st, 2012 to launch their “It Starts with Me” YouTube campaign. They had several individuals and celebrities record videos to encourage others to sign a petition to support the fight against AIDS. This campaign inspired hundreds of individuals to record and upload their own videos to encourage support for ONE, bringing their YouTube views to over 8 million. 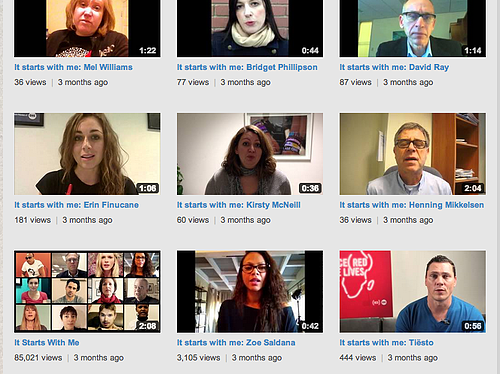 Allowing your supporter's stories to become your stories can create an booming network of advocates that are all personally connected and making your cause's story even stronger.

Amplify Austin was a 24-hour festival across the city of Austin, Texas on March 4th, 2013. Hundreds of local businesses promoted kick-off parties, concerts, and donation stations at bars, clubs, stores, and coffees shops across the city. Through the one-day event, over $2.7M was raised for hundreds of nonprofits. There was also a central concert stage that kicked off the event to bring everyone together, and featured several local bands.

The idea to rally a city around raising money for local organizations is something that can happen anywhere, and really impact your community immediately. It’s also a great way to leverage and show local support of philanthropy, as well as your small business community. This was a give-give, win-win for the city of Austin Texas, and shows that the in-person event still has a place in your marketing and fundraising activities -- especially when you're trying to condense it all into a one-day time span.

Giving Tuesday, which takes place on November 27th, has been deemed by the 92nd street Y as the unofficial day of giving. This annual day of giving, which started in 2012, leverages the hype around Black Friday and Cyber Monday, where people are more inclined to shop for the holiday season. Giving Tuesday asks these people to support an organization by making a donation.

This campaign was very much driven by social media, especially with the #GivingTuesday hashtag, and was driven by both nonprofits and businesses across the globe. Over 1,500 partners pushed out the message to give on Giving Tuesday to their networks, and 2,500 nonprofits ran special fundraising campaigns. Skype, for instance, launched skypeforpeace.org to ask for donations to support the organization Peace One Day and help educate children around the world about world peace. 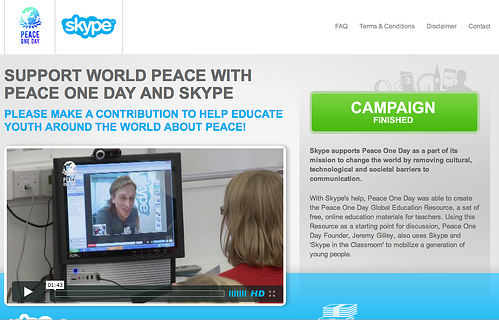 Blackbaud reported that $10 million dollars was raised on Giving Tuesday 2012, and they saw a 53% increase in year-over-year donations made online on November 27th. Giving Tuesday was a great example of how to leverage social media, partners, and digital tactics to fundraise and bring awareness to a large number of causes, as well as encourage new individuals to give that might not have a personal connection with your organization otherwise. Everyone was inspired to give back and do good, not just go shopping.

What other organizations do a great job at "newsjacking" a day of the year to amplify awareness of their cause and drive donations?