7 Trailblazing Brands That Won By Being First 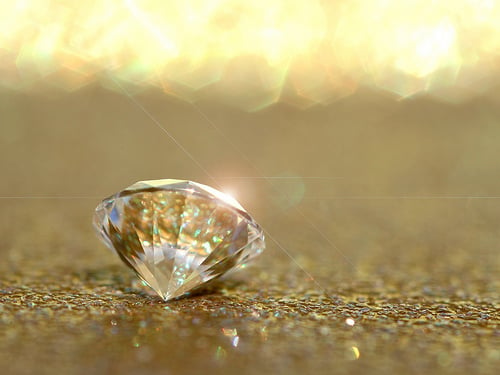 There are plenty of good brands, smart business owners, and savvy marketers that are both risk-averse and successful. They follow trends, do their research, and identify good opportunities to capitalize on. 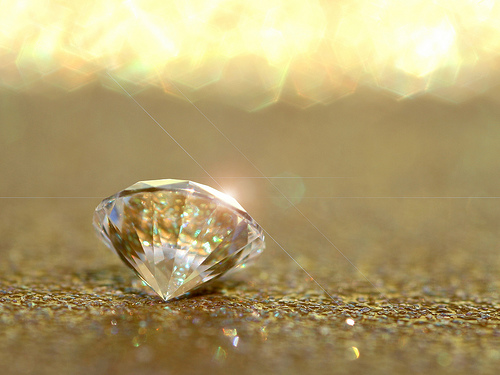 Then there are the trailblazers. The ones that identify trends before mainstream adoption, or heck, just create the trends themselves. The result? They're more than just successful. They redefine their industry -- sometimes even national or international discourse -- and of course, make a pretty penny from their foresight.

These are the brands we're concerning ourselves with today. The ones that were the first in their industry to take a leap of some sort -- be it with marketing techniques, messaging, product, or branding -- and for lack of a better word, "won" because of it. Let's take a look at who some of these brands are, and maybe get a little bit of inspiration for ourselves to take some leaps of our own.

DeBeers decided to change all this. They launched an ad campaign designed to convince men that the size of a diamond in an engagement ring showed how much they loved their fiancé. They also showed movie stars wearing lavish, expensive diamonds in new movies, further convincing America that diamonds demonstrated love. Finally, in 1947, DeBeers coined the phrase, "A diamond is forever." The sale of diamonds in the United States increased by 55%. 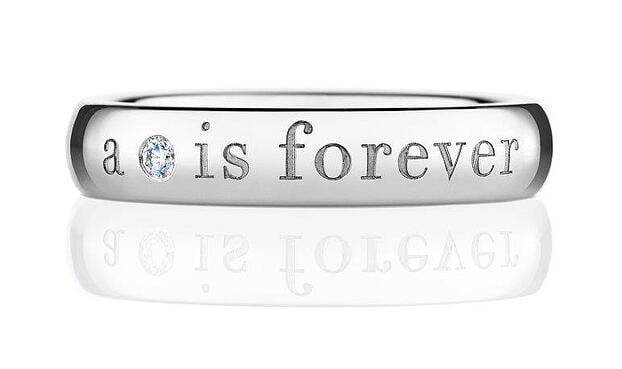 To this date, the slogan "a diamond is forever" still lives on and is, at this point, just a part of popular culture. (Any James Bond fans out there?) DeBeers' campaign to convince America to associate diamonds with love and engagement also lives on, as we still see the emphasis on larger diamonds on engagement rings -- just the first step in an ever-burgeoning wedding industry. The campaign may have been decades ago, but DeBeers' impact is still seen in advertising for diamonds today, and the attitude toward diamonds today.

In the early 2000s, social networks were just starting out. There was SixDegrees.com and Friendster, but the peak of social networking was definitely still far off. LinkedIn had some foresight, though, and created a new platform that took a different spin on social networking. Instead of keeping in touch with friends for social reasons, LinkedIn created the first platform for professional networking online.

Since then, LinkedIn’s growth has skyrocketed. They reported 100 million members in March 2011 and 200 million members as of January 2013. More and more people looking for a job or trying to stay in touch with their hundreds of professional connections are turning to LinkedIn as the best place to do that.

Can you imagine a time when you couldn't transfer money online? You might think that always existed -- you can just do it through your bank, right? Actually, it wasn't always possible ... until PayPal thought of it, and figured out how to make it happen.

In 1998, the PayPal founders were creating a different company -- transferring money between Palm Pilots and other PDA devices. But in 1999 when they were transferring venture funding through their Palm Pilot, they thought of the idea to transfer money by email. In October 1999, the PayPal we know and love was born. Five months later, there were 1 million users on PayPal. Today, there are more than 128 million active accounts in 193 markets and 25 currencies around the world. Five million of those accounts were added just in the first quarter of 2013.

Besides the fact that millions of people were on the platform within months of its creation, PayPal is now linked to most online shopping carts. Ever buy something online and notice that you can check out by paying with either your credit card, or with PayPal? That shows ubiquitous PayPal's product is. They were on the forefront of this crazy idea that you can use the internet to, you know, pay for things. And that was before Amazon or online shopping took ahold of our hearts, too. They didn't just create an idea -- they created a new way of life.

When Amazon was first created in 1994, people didn't think much of it. Why would you need to sell books online when you could just buy them at Barnes & Noble? While brick-and-mortar bookstores watched the internet gain popularity without much adjustment to their business model, Amazon took a look at it and decided to capitalize on what they predicted would be the new trends and new buying processes.

What separated Amazon from many other similar companies was seeing an opportunity in online retail, and seizing it. They started with books, and after two months were selling $20,000 per week. They quickly learned to think bigger than books, and within a few years, Amazon would sell anything that you can think of (or as their logo shows, anything from A to Z).

Amazon did it right. They have the reviews. They have the good prices. They have the fast delivery. They have the selection. By being the first in the industry, Amazon was able to win big by becoming the leader in the online space -- they set the precedent for other online retailers. Heck, it's even standard practice for shoppers to compare prices on Amazon before completing a purchase -- whether in-store or on another site. Few other online platforms have that level of trust from their audience.

In 2004, Dove, a personal hygiene brand owned by Unilever, announced a campaign promoting the real beauty of women. The purpose of the campaign was to highlight women who, though they did not fit into the model stereotype, as equally as beautiful. In 2005, Dove gained a ton of recognition through their campaign in which they chose six "regular" women to be the models promoting their products, and highlighted them quote prominently. This campaign was an example of a beauty company, finally, addressing who their actual buyer persona is. 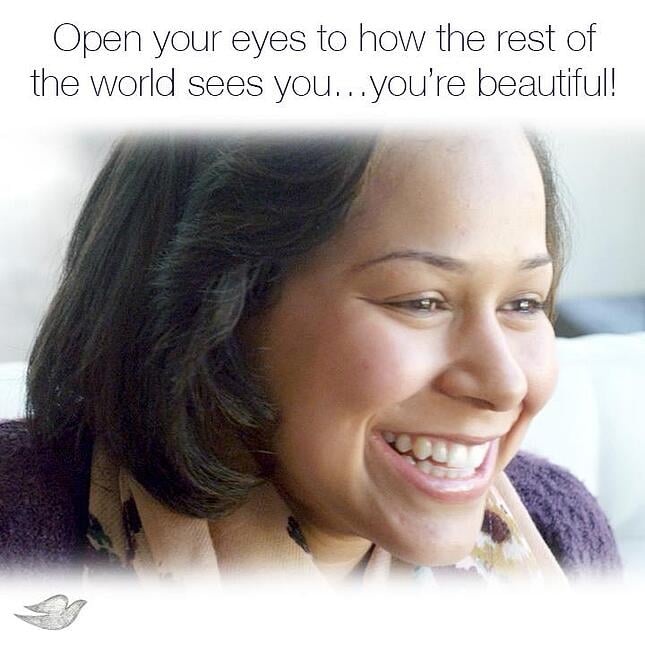 Marketers and advertisers have known for decades that the women they feature in their ads aren't reflective of most of their target demographic -- particularly those in the beauty and fashion industries. So why won't they use women that are more reflective of their audience?

Because they're selling the dream -- or what they assume women's dreams are, I suppose. Dove decided to take a risk and say "no" to the traditional advertising methods, casting women more reflective of the people who will actually buy their products. And guess what? It didn't backfire. In fact, it actually worked. This campaign has lived on and continues to be new and innovative. Just this year, Dove continued their campaign with their Real Beauty sketches video. The idea behind the campaign has continued to be so successful that they can recreate it every few years in a new light.

Before 2006, video game consoles were mostly the same. You had Nintendo, Xbox, and PlayStation, all fighting for the title but all mostly producing the same product. However, in 2006 Nintendo announced the Wii, a first revolutionary turn in video games that allowed you to use body movements to play the game instead of the typical handheld consoles. In a great twist of fate (if you're Nintendo), they launched their Wii around the same time as PlayStation launched their PlayStation 3 console, allowing us to easily see the new leader in the industry.

How did this all happen? In 2006, the current market for video games was in a red ocean. All the leaders in the space were doing similar things. Nintendo did something extraordinary and moved into a blue ocean, doing something people had never seen before. Both current video gamers and people who did not play video games were now interested in the system because it integrated a person's movements directly into the game -- it was just so natural, anyone could play it. Nintendo quickly became the clear winner for moving the industry in a different direction, and creating a new experience.

The first company to revolutionize the mobile phone industry with the creation on a smartphone was not Apple. It was Blackberry. Remember the BBMs you used to send other people with Blackberries? Or the first time you got notified of an email when you were on the go and not sitting at your computer? Yeah, they were the first to create push-notifications for email.

When someone thinks of a smartphone now, they certainly don't think of a Blackberry.

When Apple decided to enter the mobile phone industry, they wanted to do something revolutionary. They didn’t think of the capabilities of phones -- they decided to rethink the way people live and work. They thought one step ahead of what the customer wanted, without even hearing directly from the customer what they wanted -- mostly because the customer only thought of phones in the way they understood phones to be at that point in time.

According to Steve Jobs’ biography, when Jobs announced the iPhone at Macworld in January 2007, he said, “Today we’re introducing three revolutionary products of this class. The first is a widescreen iPod with touch controls. The second is a revolutionary mobile phone. And the third is a breakthrough internet communications device. Are you getting it? These are not three separate devices, this is one device, and we are calling it iPhone.”

People were surprised because at the time, most cell phones had maybe a camera ... but not that many features. For instance, this new product had a touch screen that was the first of its kind. Nowadays, can you think of a phone that doesn’t have a touch screen? Steve Jobs always stayed one step ahead of the customer, surprising and delighting them.

Currently iPhones don't have the largest market share of the mobile industry, yet they are still looked upon as the leader. How can that be? When new features are released on smart phones, it is typically Apple coining the feature, and other phones replicating it. Just think of the touchs creen, or the integration of apps. When someone is looking for the intuitive, easy to use phone that needs little to no explanation, they are still turning to Apple.