Analog Values in a Digital World: Are We Moving Too Fast for Our Own Good? 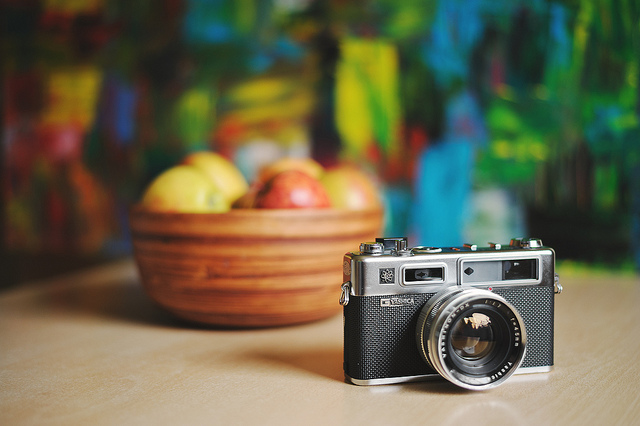 I've been thinking lately about the virtues of the analog world. This started when I came across some photographs I took in 1991 on a trip to Peru, hiking the Inca Trail. Some were in color. Some were in black and white. 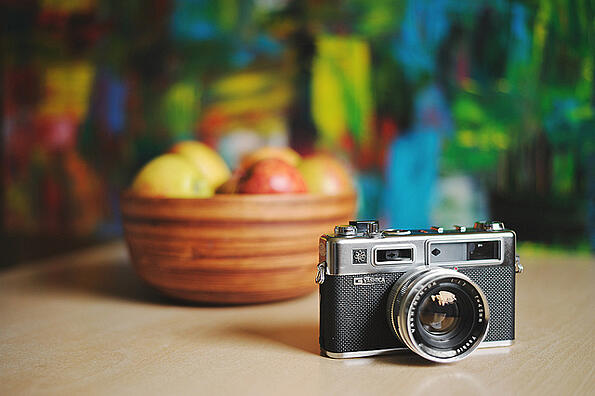 What struck me the most was that a lot of them were really good -- they had been framed well, composed well. Clearly, I'd paid a lot of attention when I took them. I'd taken some time with each one to get it right.

... which is surprising because I think of myself as a terrible photographer. I blast away with my smartphone or my little point-and-shoot, and I never produce anything that's worth hanging on your wall.

How could I have been so good 20 years ago and so lousy now? (This question could apply to many aspects of my life, but for now let's confine it to photography.) I had a bit of photography training in college, and back in my early days as a journalist I had to carry a camera and shoot my own pictures. On that trip to Peru I had a pretty nice Nikon camera. So maybe it was the equipment?

But then I realized -- the photos in Peru were shot on film. Now, maybe there is some magic "X factor" about film that hasn't been replicated in digital. But that's not what I'm talking about.

What I'm talking about is that with film you only had so many exposures per roll -- 12, 24, 36. Remember? You could look into the camera and see how many pictures you had left. Each exposure became precious.

Sure, you could carry extra rolls of film, but you could only carry so many. I remember that in Peru we treated those exposures like a valuable resource that wasn't to be wasted. Each shot had to count. You couldn't just stand there blasting away, firing off hundreds of shots, like we do today on our smartphones and digital cameras. I'd bet our total number of exposures on a three-week trip was less than the number of shots I fired off in three hours last weekend at a neighborhood cookout.

Now maybe the digital approach is better. But it seems to me there was some virtue to the analog world because it forced me to slow down. I benefited from having to think things through before I pressed the shutter and made the exposure.

And here's the twist. At the risk of sounding like a poor man's Seth Godin, I think there's a metaphor in this.

The digital age has enabled us to move faster in lots of ways. And because we can, we do. "Move fast and break things," is one of the corporate mottos at Facebook, for example. Meaning, don't be overly cautious. Don't be timid. Fortune favors the bold.

But, in general, moving fast and breaking things leaves us with ... a lot of broken things. Not to mention a lot of half-baked ideas that get pushed into the world only to annoy or confuse people, and then have to be canceled or discontinued when it turns out nobody wanted them.

Moving fast and breaking things is the new normal in tech. Sure, we give it fancy names, like "iterative development," but what that really means is: Ship it incomplete and then we'll use version 2.0 and 3.0 and 4.0 to add the things that should have been in version 1.0.

This applies also to our own work. We live now in a world of infinite do-overs. But maybe we’d be better off if we pretended that we couldn’t have any do-overs. Maybe we’d raise our game a little bit if we had to pretend we were using a film camera, where we have only one shot to get things right. Maybe we’d slow down, and plan more. And while maybe this means we’d produce less in the short term, in the long term we might do better work and create things with more lasting value. Maybe productivity would go down in the near term but up overall.

This goes beyond products to companies themselves. "I'm doing a startup," is the new version of "I'm starting a band." It's easy to raise money, either via Kickstarter or angel investors. So you come up with some idea, no matter how derivative or unpromising it might be, and there's a good chance you'll get funded. Heck, maybe you don't even have an idea; all you have is a team. I've seen pundits saying a startup might be better off without any fixed idea of what to make; that way they can be more responsive. Or adaptive. Or something.

We're obsessed with speed. We have six-second videos on Vine, 15-second videos on Instagram. We make a virtue of the ephemeral -- quite literally in the form of Snapchat, an app that creates photos that disappear after a few seconds.

I would not argue that we were better off in the pre-digital age. No one loves gadgets more than I do. And I don't want to sound like that old guy saying, "Things were so much better when I was a kid."

But once in a while, we might benefit if we would slow down and use the same kind of planning and thoughtfulness that was forced upon us by the constraints of analog.

The Lady With 2 Cameras

This goes beyond business. This "move fast" mindset is also why we have FOMO -- fear of missing out. It's why, not long ago at my kids' elementary school concert, a woman in the balcony was videotaping the show, using not one, but two cameras -- a DSLR and an iPhone. She held one in each hand, propped up on the balcony railing. The kids were 100 feet away. The lighting wasn't great. (And neither was the singing, for that matter.)

I would bet a hundred dollars that nobody ever watches those videos she took. I know because I've done the same thing. I've videotaped my daughter's piano recitals, then uploaded the video to a computer hard drive -- and there they will remain.

Why did I do it? The only reason I can find is because I could. Or maybe, someday, decades from now, I'll dig up those videos the way I ran across that photo album of pictures I took 20 years ago in Peru, and maybe I'll be glad I took them.

The thing is, my kids are only eight years old and I've already shot so many hours of video that I could never watch them all. Plus there are thousands of these little clips, all scattered all over the place, stashed on hard drives.

They're just raw video files, unedited, completely disconnected from each other -- clips of various length, from a few seconds to a few minutes, with no data attached to them to explain where they were taken, or when.

Someday maybe I'll have time to organize and edit them, but probably not. If or when I ever do sit down, decades from now, and try to look at them, I don't know if they will even make any sense.

My fear is that these jerky, hectic, poorly shot little clips will remind me not about the joys of parenting -- but of a time when the whole world went a little bit crazy.

Maybe having only 24 shots in the camera was a good thing -- metaphorically speaking.