Why Is This in My Inbox? Deconstructing the Worst Spam Email of All Time 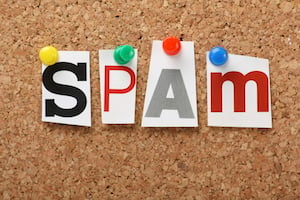 Almost 10 months ago, I had my first day at HubSpot. I was excited about lots of things -- the candy wall in the kitchen, the free coffee, and, you know, working with some great people -- but one of the things I was most looking forward to was a fresh, clean email address. It was brand new. No one was selling it to unscrupulous marketers to spam me with irrelevant and annoying sales tactics. 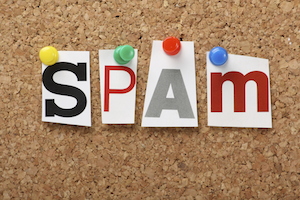 Last week, I got a particularly horrendous spam email that somehow got through my spam filter. It was impersonal, confusing, and broke some CAN-SPAM best practices. Yikes!

Since the best way to learn how to do something is to sometimes hear how not to do it, we're going to pick apart the horrible email below. All identifying information has been removed, but everything else has remained unchanged.

So let's take a look at this horrible email and see just what the fuss is all about.

The Anatomy of a Truly Horrendous Spam Email 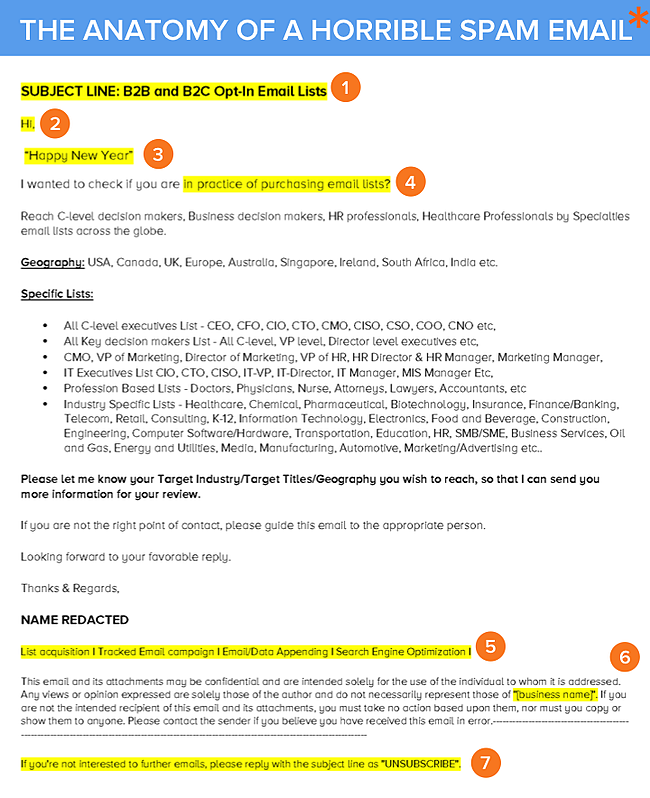 It's kind of like the first rule of Fight Club: The first no-no of sending bad spam emails is (you guessed it!) sending spam emails in the first place. There's not really a "great" way to send a spam email.

Instead, you should be organically growing your email lists and only sending emails to people who've opted in to receive them. Your Sender Score will be better and your subscriber list will be happier.

From the first thing I see, I know that this email is going to be irrelevant and spammy. I work for an inbound marketing company -- why would I be interested in buying lists? On top of that, telling me that people opted in to those lists doesn't really change that fact. (Honestly, I don't even know why I clicked through.)

If you're going to be emailing people, you've got to make sure the subject line of the email aligns with your subscriber list's interests.

"Hi," "hello," "hey": all "acceptable" greetings you can use in your emails. But this email is forgetting one crucial element of a greeting: my name. It sounds so simple, but it's something that lots of people get wrong.

Even though most people know that personalized emails are usually customized by a machine, adding that small touch to your email makes people feel like you're talking to them Most marketing software, like HubSpot, will let you personalize your email greetings. The point here is simple: Make sure you're taking advantage of this feature!

I'll admit it -- the opening line of this email was the deciding factor in writing about it here. It's just so crazy. If the sender has just a few seconds to hook me, why would they include the most confusing opening line ever? Is "Happy New Year" a saying that deserves quotations? Am I supposed to imagine the sender actually saying that out loud? Or does the sender not know how to use quotation marks like in this scene from Friends?

Seriously folks, you've only got a second or two to hook your email subscribers in your opening sentences, so use your time wisely.

At this point in the email, I wondered again whether the person knew who they were emailing. I'm guessing no ... because with a few seconds of research, it'd be very evident I -- or anyone else at this inbound marketing company -- wouldn't want to hear about purchasing email lists.

In your own emails, since you're not going to be spamming random lists you've bought, make sure your message is tailored to the audience receiving the email. The easiest way to make sure this happens is to segment your lists properly.

At the bottom of the email, I can't help but be confused -- yet again. What the heck are those keywords doing there? It wasn't a company tagline or a link to its products. In fact, the company name wasn't anywhere in the email at all. Was it a way to game your inbox search? I really have no idea.

In your own emails, cut anything that might seem out-of-place and irrelevant to your audience -- it could be the difference between someone clicking through on an email and deleting it.

Note: I didn't redact this information in the email footer -- it was already like this. I don't even know which company is sending me this spam email unless I look at the end of the sender email address ... and after Googling the company name, I found out that the sender and the company were fake. Seriously ... just ... yucky.

Do your subscribers a favor and allow them to unsubscribe with a few clicks of their mouse -- most email marketing solutions will make this process incredibly easy for you and your subscribers.

Even if you're not sending spam emails specifically, you should avoid all of these email no-no's. Your subscribers will be more excited to receive emails from you and see the count next to their spam folder get smaller and smaller -- a win-win for everyone.

What horrible tactics have you seen in your spam email folder? Share your stories with us in the comments.