Okay, so I'm no English major, but I am a content marketer -- attention to grammatical detail is something very near and dear to my heart. 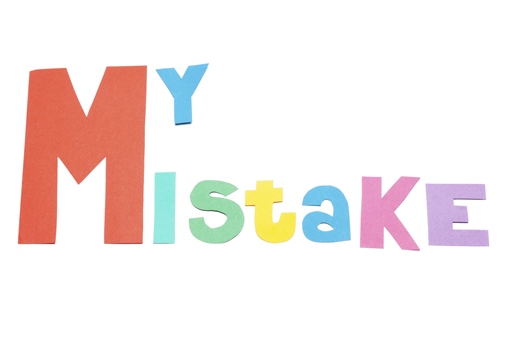 The more time I've spent in this role, the more I notice little errors in things like text messages, IMs, and birthday cards. This could either be seen as a good thing ... or incredibly stressful to anyone who has to communicate with me non-verbally. (Sorry guys. I can't help it!)

I've become the go-to person for proofreading other people's content before it goes live, and as a result, I have started to notice a few of the same mistakes cropping up time and time again. So, I decided to write this post with the hope of calling attention to those common errors.

And if these grammatical faux pas aren't enough -- there's actually another post by my colleague Ginny Soskey that details several other common mistakes. Just in case you want to nerd out a bit more.

Note: I know, I know, not all of these are "grammar" mistakes. But I'm taking a pretty liberal definition of "grammar" in this post -- including spelling, usage, punctuation, and the like.

The two most common misuses of the apostrophe are:

The apostrophe is often used as a contraction. For example, "I can't figure this out." The apostrophe here is used to omit the word "not" so that "cannot" becomes "can't." The same can be used for "don't" (do not), "they're" (they are), etc.

The second most common use of the apostrophe is to indicate possession. For example, "That is John's car." The car belongs to John. Without using the apostrophe in this case, you are pluralizing John, meaning there's more than one John in your sentence. And then the sentence just doesn't make sense anyway.

A common point of confusion for both of these apostrophe use cases is the word "it's." The possessive form of "it" can cause all kinds of confusion, as it doesn't conform to the above rule.

For example, "The elephant is known for its memory" is a correct use of the word "its" -- even though one might think there should be an apostrophe after the "t" since the elephant "possesses" the memory. A simple way to remember the right one to use is to ask if the word can be separated into two words -- "it is" or "it has." If it can, use an apostrophe.

There are many uses of the comma, but for simplicity, I'm only going to cover the most frequent errors I spot.

To Separate Elements in a Series

I went to the shop to buy apples carrots bread and milk.

That sounds insane, right? That's because each element in the series should be separated by a comma.

I went to the shop to buy apples, carrots, bread, and milk.

Ahhh, much better. That last comma, by the way, is optional. It's called an "Oxford comma," but whether you use it depends on your own internal style guide.

An independent clause is a sentence that can stand on its own, so when in doubt whether a comma needs to be in the sentence, take the second part of the sentence and ask yourself if it would make a full sentence on its own. If it does, add a comma. If it doesn't, leave it out.

To Separate an Introductory Word or Phrase

At the beginning of a sentence, we often add an introductory word or phrase that requires a subsequent comma. For example, "In the beginning, I had no idea how to use a comma." Or, "However, after reading an awesome blog post, I understand the difference."

There are plenty more use cases for the comma, which is really well documented in this blog post from Daily Writing Tips, which I follow and highly recommend for content marketers.

If you only semi-understand when to use these punctuation marks, here's a quick explanation to keep in your back pocket.

Semicolons help writers connect two independent clauses that, though they could stand on their own, are closely related and should remain in the same sentence. For example, "It's her birthday; a party is inevitable!" Notice that each clause could be its own sentence -- but stylistically, it makes more sense for them to be joined. (Note: If the first clause contains a coordinating conjunction -- "and," "or," or "but" -- use a comma instead.)

They may also be used to separate items in a list when those items contain commas themselves.

Colons should be used to introduce or define something. For example, we used one in our blog post title, "The ABCs of Content Marketing: A Glossary of Terms." Before the colon we give you the title of the post, and after the colon we define what the post is.

You may also use a colon before a list, or when preceded by a clause that can stand on its own. For instance, one might write:

And here's the thing about writing a blog post, ebook, or novel: Your business will benefit as much as your personal brand.

See what I did there? Note that because what follows the colon can stand alone as its own sentence, the first word is capitalized.

This one drives my colleague Pamela Vaughan up a wall.

This one seems obvious when written out -- particularly in the context of a grammar post -- but alas, people get it wrong all the time. The confusion stems from the way we all slur our words together, so in an age of more colloquial writing, I understand why people make this mistake.

Always write "should have" or "should've." That contraction -- "should've" -- is why writers get confused. It sounds a heck of a lot like "should of," and people probably started writing it without even considering the contraction "should've." But now that you know, it's a mistake that's easy to correct.

This is another one that seems so obvious when you think about it -- but hey, I guess people aren't really thinking about it when they say it. There's a scenario in which each phrase makes sense; the problem is, people don't use the right phrase for the right scenario. Let's walk through a scenario together to clarify the right usage of these phrases.

Scenario: Bill asks Bonnie on a date, and Bonnie turns him down. Annoyed, he flippantly tells his friend, "Pshh. Whatever ... I could care less."

This is the incorrect usage of the phrase. Why? Because context clues tell us Bill is trying to save face and pretend he doesn't care about Bonnie. But this phrase, "I could care less," indicates that he does care a little bit.

He should've said, "I couldn't care less" to demonstrate he has no care left to give.

If you commonly get confused with this phrase, follow the advice of my fourth grade teacher: If in doubt, leave it out.

i.e. and e.g. are both abbreviations for Latin terms. i.e. stands for id est and is translated to mean "that is." E.g. stands for exempli gratia, which means “for example.”

A great trick I learned for remembering the difference between the two of these came from Grammar Girl's blog. She teaches us to remember that i.e. means "in other words" (both start with i), and e.g. means "for example" (example starts with e).

Not too hard, right? This is particularly important for content marketers, since we often produce educational content that contains clarifications or examples for readers to reference.

Want to learn more about grammar mistakes? Check out Grammar Police: 30 of the Most Common Grammatical Errors We All Need to Stop Making.

Plan and optimize your marketing content with these free calendar templates.