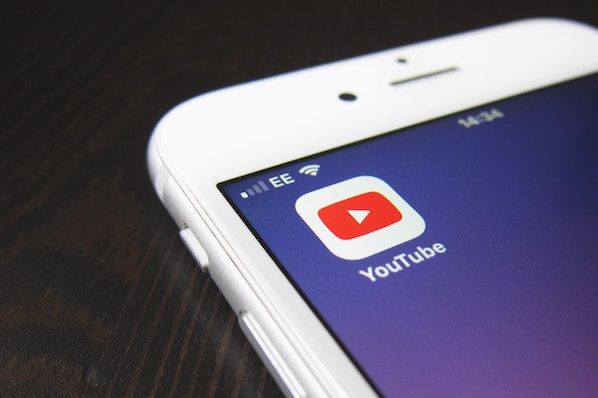 You technically can't skip these ads. But you wouldn't want to anyway.

In 2016, at Sundance, YouTube unveiled a new ad format to brands: the unskippable, six second "bumper" ad. To prove it was possible to cram a compelling story into such a short window, they recruited a handful of creative agencies to test drive the format -- and the results were pretty convincing.

After that, huge brands like Under Armour and Anheuser-Busch adopted the new six-second ad format to tell quick but gripping stories that actually stuck with audiences.

In fact, according to Google, 90% of bumper ad campaigns boosted global ad recall by an average of 30%. That's pretty impressive for taking up only six seconds of someone's day.

It might seem like you can't accomplish much in that amount of time, but with a little creativity, brands can use it to forge an emotional connection with their audience and implant a vivid memory of those feelings in their minds.

Suffering through 15-, 30-, or even 60-second pre-roll ads prompted so many head shakes and back-button clicks that eventually, YouTube added a skip button to their ads in 2009. In theory, though, an ad’s first five seconds are enough to hook viewers and hold their attention for the rest of its duration.

But we all know this rarely happens. Whenever a YouTube ad pops up and shields you from your favorite video, what do you usually do? You immediately glue your eyes to the skip button's countdown clock and wait … until those lingering seconds finally slug by.

Fortunately, the six-second pre-roll ad engages viewers without testing their patience. When YouTube plays such a short ad for them, it's not as annoying as a full-length ad. And when brands craft these ads into fast, captivating stories, they can resonate well with audiences.

This lets YouTube sustain their ad business while helping brands create a more enjoyable and memorable user experience for its viewers.

So, if you're running a six-second pre-roll ad on YouTube right now, hats off to you. If not, here are 13 examples to help you brainstorm the best way to delight your YouTube viewers without getting in the way of their chosen video.

These are some of the most complex novels ever written. So creatives needed to convey each story's core in a simple yet spellbinding way.

Rethink, a Canadian agency, did just that. Their rendition of Hamlet is clear and concise (we all know that everyone dies when modern day Claudius spams the buy button). But it's also unexpected and funny because it gives us a glimpse of how Hamlet could've transpired in today's digital age.

Billy's sneaky grin at the end of this bumper ad gets me every time.

Bounce didn't reach for the stars with this short ad, but it's topical humor was perfect for the time allotted. And what it promotes is appropriate given how easily forgettable dryer sheets can be when doing laundry. You'll think about Bounce every time you fill the dryer (or get your son stuck on the back of your shirt) from now on.

Mom's Touch is a chicken burger restaurant chain based in South Korea, and the language barrier in the YouTube ad above doesn't stop you from loving it.

Google actually ranked this YouTube ad in the top 20 bumper ads in the world in 2017, and it's only five seconds long. The company didn't even take the additional second to squeeze more attention out of its customers. It featured just a sheep who shows you exactly how spicy their chicken wings really are.

I know you fell for it too.

When I first saw the red face of doom, disappointment started spilling over me. But, luckily for us, the Chipsmore's Cookie Guy saved the day.

They were probably frustrated at the initial sight of the "broken" video link, then surprised when the Cookie Guy appears, which grabbed their attention. And, finally, delighted when their favorite video starts.

This ad takes its viewers on an emotional roller coaster. And, honestly, who doesn't have fun on those?

This is a prime example of insanely honest marketing.

Road Lodge sets the expectation that their hotel is best suited for relaxation. And not so much for partying.

You might think they're deterring potential customers from their hotel -- and you're right -- they are. But it's actually a good thing because these people would never stay at their hotel in the first place.

And since their honesty signals confidence, builds trust, and shows that they value their customers' experience more than short-term profits, their target market becomes more attracted to them.

Road Lodge knows that if you're brutally honest about your product or service, then you won't disappoint your customers. This makes it a lot easier to maintain their loyalty.

Campaign: It Comes From Below

When you play baseball, nothing matters more than your stats. They're a direct measurement of your performance and can even define your value as a person.

Under Armour sought to uproot this belief.

In six short seconds, Droga5, Under Armour’s agency, works with Washington Nationals right fielder, Bryce Harper, to inject purpose into ball players everywhere. The pre-roll ad motivates viewers to place their value in their character instead of their numbers.

This ad from a popular English tea brand was designed to hold your attention one second at a time. The pre-roll ad opens to show cloth hands, making you wonder what exactly is holding this mug of tea. Oh, it's a puppet monkey. And it's adorable.

The cuteness and simplicity behind this ad was intentional, as well. In its YouTube video's caption, PG Tips delivers a note of solidarity against the "silly and ridiculous." Sometimes the truest messages only need six seconds of your time.

Here's another member of YouTube's list of top 20 six-second ads in the world, and it comes to us from Hefty® -- not just a garbage bag brand, according to this energetic ad.

Sometimes, you have to embrace the most extreme uses for your product to get your customers' attention. Hefty® Party Cups took that to heart with six shameless seconds you won't soon forget. And hey, maybe it's the perfect reminder to pick some of those red cups up before that raging shindig you have planned ...

Mercedes-Benz targets the Singapore market in this bumper ad for a new two-door sports car. The video uses swift video cuts and a roaring engine to engage their viewers' senses. This way, its audience can actually see and hear the intensity of reaching 60 MPH in only 3.8 seconds.

And since the ad is chock full of non-stop action, it piqued viewers’ interest and generated tremendous hype around its trailer release.

Burn’s pre-roll ad is so effective because it’s snappy and visually engaging. And since you can process visuals 60,000 times faster than text, a flaming fist across the face will definitely catch your eye.

Family vacations are the best.

You get to explore incredible places and create timeless memories with your loved ones. Is there any other way you would want to bond with your family?

Airbnb agrees too. So their agency, TWBA, produced a charming ad that showcases the benefits of a family vacation: loads of fun and connection.

The Martin Agency, Geico’s creative partner, deserves a lifetime supply of car insurance for this masterpiece. And although it isn't just six seconds long, it's a skippable ad you won't want to skip.

“Unskippable” was so refreshingly original, it won AdAge’s 2016 Campaign of the Year. And for good reason too. It sympathizes with your annoyance of pre-roll ads, so it ends before you can skip it. But it's also so unique and witty that you'll actually watch the entire ad.

How to Use YouTube's Call-to-Action Overlay Ads

YouTube has rolled out Call-to-Action overlay ads to its paying advertisers . Before, only specific partners and non-profit organizations could harness the benefits of this marketing feature. Now businesses can explore one more aspect of on...

How to Use YouTube's Call-to-Action Overlay Ads

YouTube has rolled out Call-to-Action overlay ads to its paying advertisers . Before, only specific partners and non-profit organizations could harness the benefits of this marketing feature. Now businesses can explore one more aspect of on...