How many times a week do you utter that phrase? If it’s at least once, you’re in the same boat as roughly 63% of people. And according to the same report that drew that conclusion, how bored you are depends on several factors -- like location and other demographics. But chances are, we all have at least one common outlook on boredom: It can be remedied by the internet.

That often manifests itself via mobile, where 90% of our time is spent on apps. And under the app umbrella, here's how our time is broken down:

To add further insight, 70% of that time on mobile social apps is spent consuming media. What do these factors indicate? All in all, we use our mobile devices to stay amused.

App developers are no dummies, either. The most strategic ones know that this boredom can be capitalized to earn revenue. But how does that work? Well, much of it has to do with psychology and -- we hate to say it -- how our brains are wired for addiction. We examined the research done in this area, and tracked down some of the apps that best monetized it.

The Psychology of Boredom

Why We Get Bored

Despite our use of mobile apps to relieve boredom, that might be what’s causing it in the first place. Researchers at Temple University have found that our increased attachment to mobile devices is making us less patient and more impulsive -- both of which can precede a lower tolerance for lack of stimulation. It’s harder for us to sit still, because the technology is always there for us to check and scroll. And the more we use it, the less time we can spend resisting it.

That’s corroborated by findings of cognitive neuroscientist James Danckert, whose research has led him to think of “boredom as a deficiency in self-regulation,” he explains. “It's a difficulty of engaging with tasks in your environment. The more self-control you have, the less likely you are to be bored.” And what’s another word for a lack of self-control? “Impulsive” -- a trait more of us seem to be experiencing with increased mobile use.

Why We Use Mobile to Alleviate Boredom Anyway

“People will work very hard to relieve boredom,” writes Maggie Koerth-Baker for Scientific American -- which is why, she says, we indulge in impulsive behavior, like binge-eating or other unhealthy activities, in order to alleviate it. But she goes on to explain that the answer to that often lies in novelty, using the example of an educational computer program designed for students with higher boredom levels, which insults the user every time a question is answered incorrectly.

Granted, we don’t spend all of our time on mobile devices being insulted -- despite that common nature of social media -- but it does provide a certain sense of novelty. It’s an instant remedy for inactivity that allows us to consume media, win games, and communicate with others. And our addiction to these devices -- which is rampant enough to have actually earned a name: Nomophobia -- works just like any other. We begin to need more of it in order to be satisfied.

And, in a nutshell, that’s how app developers monetize what they create -- by leveraging our addiction. But which apps did it best? Have a look at our top picks.

Users are shown photos of nearby potential matches and can swipe right to ‘like’ and left for ‘nope.’ Mutual right swipes result in a match, followed by the prompt to either send a message or ‘keep playing.’ This ‘Keep playing! Keep playing!’ mantra has led to an epidemic of 500 million swipes (and 5 million matches) a day.”

Notice the language Stampler uses here: “Epidemic.” Even if you’re not particularly interested in dating, the swiping becomes addicting -- an inevitability to which I fell victim during my own days of singledom. I found myself swiping while standing on a subway platform, sitting in a waiting room, or even when watching mindless television. It became a way to occupy time, more than it was a way to meet people.

Perhaps that widespread behavior led to the unveiling of Tinder Plus: A paid version of the app with such premium features as being able to go back when you accidentally swiped the wrong way (“Rewind”), or being able to view potential matches outside of a certain local radius (“Passport”). Plus, it gives you the option to go ad-free. But there’s a catch -- Tinder Plus costs twice as much if you’re over 30, which has rubbed a lot of people the wrong way.

I can see how these features might be appealing, especially when my own swiping increased. Before I deleted the app -- which is a story for another day -- the more I used the it, the less intrigued I was becoming with my potential matches. I was becoming bored. But I was also addicted to it, under the false belief that the more I swiped, the more likely I was to have that boredom alleviated. It aligns with psychology explained above. If I hadn’t deleted the app, my boredom may have motivated me to pay up for the ability to expand my options.

Today, Tinder has 1.7 paid members, illustrating the willingness of people to pay for more novelty. 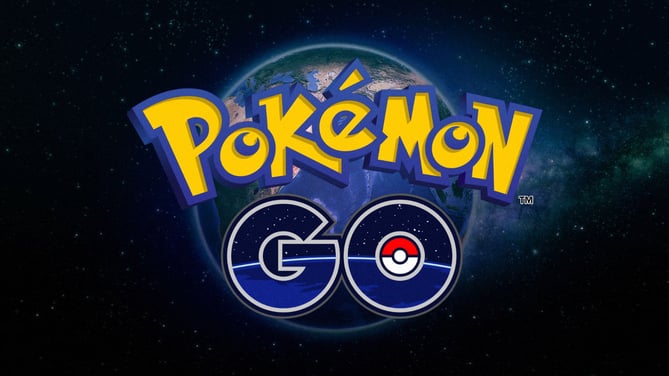 When I recently visited a friend out of town, I noticed that she would furiously go about business on her phone whenever we were walking somewhere. “Are you lost?” I asked her, assuming she was looking at a maps app.

“No,” she replied. “It’s Pokémon GO,” a game that allows people to “catch” game characters by traveling to real-life places, and reap the benefits online, via the app. It is, in its way, a form of VR.

I was surprised -- mostly because I thought that the Pokémon GO craze had passed by Halloween, and this visit took place several months later. Was my company that boring? Or had my friend become addicted to a game that she initially began using out of curiosity and boredom?

I wasn’t the only one asking those kinds of questions, which explains why numerous psychology publications set out to explain how our brains process apps like this one. In fact, Internet Gaming Disorder has officially been classified by the Diagnostic and Statistical Manual of Mental Disorders as a type of addiction -- one that “prompts a neurological response that influences feelings of pleasure and reward, and the result, in the extreme, is manifested as addictive behavior.”

That aligns with research showing that people more prone to boredom are also more inclined to fall victim to drug and alcohol abuse. And while it could be argued that addiction to a mobile app might not be as severe, it still follows the same psychological process and path of usership -- more is required to reach satisfaction. That could be why the app experienced such monetary success when it began to provide in-app purchases, which ended up accounting for $2.3 million of revenue each day, and totaling $342 million by the end of 2016. 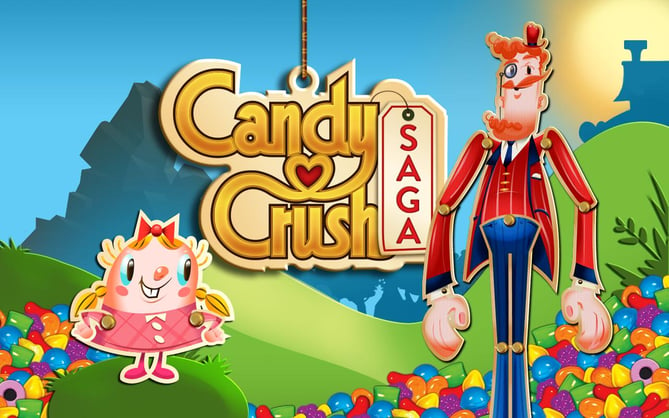 This example shows yet another instance of in-app purchases reaping huge financial rewards. Candy Crush Saga, owned by gaming giant King Digital, is a free app at first glance. It doesn’t cost anything to download, but its premium add-ons -- like extra lives and other features that allegedly help you reach a higher score -- are largely responsible for the app’s estimated $1,103,436 daily revenue.

But here’s the thing. When you win, reach a high score, or accomplish some other sort of game-playing feat -- it activates the same part of your brain that cocaine does. That research also indicates that these “winning” actions trigger the same signals of pleasure that are produced by substances like methamphetamine, and follows psychological circuit behavior that’s also observed in heroin addicts.

Are we starting to get the picture?

I won’t bother repeating myself about the pattern of addiction and its too-much-is-never-enough behavioral implications, because it’s clear by now -- $1,103,436 in daily revenue is not just the result of people trying to find something fun to do. It’s evidence of what happens when mobile addiction leads to humans becoming more easily bored, and how that boredom exacerbates compulsive digital habits.

Is It a Question of Ethics, Then?

Unfortunately, there is no easy answer to that question -- and perhaps it’s fodder for another blog post (let us know).

But it does go to show that marketers can capitalize on widespread boredom, even ethically. It’s an opportunity for SMBs and nonprofits, for example, to partner and raise awareness of each other. Perhaps, instead of in-app purchases, digital tools can be developed by these brands to promote in-app donations.

Let’s say a local real estate agency wants to try an initiative like this one. It could develop an app for listings and include a trivia game. Instead of asking people to pay for additional in-app features, it can encourage people to keep using the app by advertising a donation to a brand-relevant charity -- like Habitat for Humanity -- for every X number of downloads, or X number of users who receive a perfect score.

Boredom can be leveraged for good. It just requires a bit of creativity and strategy.

How have you addressed boredom with your mobile marketing? Let us know in the comments.

How, Where, & When to Find an App Developer for Your Business

Are Notifications Driving Us Crazy?