Why Writing for a Company Publication Is So Damn Hard

Last week during the HubSpot content team's monthly meeting, we got into an interesting discussion about passion in writing. My colleague Dan Lyons, who comes from the media world, made a fairly obvious, but entirely accurate observation: "The best stories come when the writer is passionate about them." 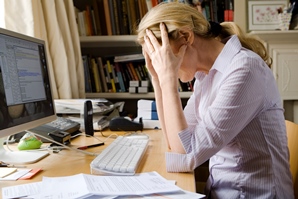 Hard to argue with that, right?

But leave it to us pragmatists on the content team to find a way.

The fact of the matter is, it's different when you write for a company. Sometimes you just can't write about the stories you're passionate about. And not necessarily because the story doesn't align with your business' industry or subject matter. Heck, even media journalists are limited to their assigned beats.

But sometimes, even when there's a logical tie-in to your industry, a story is off-limits. And Dan, whose career has been steeped in the media business up until he joined HubSpot last year, couldn't help but agree. There are certain limitations to writing for a company that don't exist when you write for, say, a media publication.

I felt passionate about the topic, so I decided to write about it.

Guys, writing for a company is hard.

The Challenges of Writing for a Company Publication

Our content team meeting discussion, which stemmed from the idea that we should be writing about more things we're passionate about because it results in truly remarkable, successful content, quickly transformed into a conversation about all the roadblocks we tend to hit when we try to do just that. Roadblocks we only hit because we're writing for a company publication, as opposed to a personal blog or a media outlet.

Here are some of the blockers/fears we cited that can dissuade us from writing about things we're passionate about. These aren't necessarily HubSpot-specific either. I suspect they would apply to anyone else who writes for a company publication like a business blog ...

That last one in particular is one that can get pretty hairy. Controversial content can be a great thing when you're writing for a news publication, because news sites make money off controversy -- particularly the traffic that comes along with it. A company, on the other hand, can get screwed -- and actually lose money.

What if the controversial content rubs one of those stakeholders I mentioned the wrong way? Who's going to back the writer up? The company? That certainly puts the business in a difficult situation, and things can get a lot hairier. If things get really messy, the writer might even lose their job and hurt their ability to get hired again in the future.

We've seen companies attempt to give themselves more leeway to push the boundaries by breaking off and launching full-fledged media companies. Red Bull, for one, has done this with Red Bull Media House, which is expected to be monetized like a typical media publication would. But even when companies launch separate media publications, it makes me wonder how distanced they really are from the brand that launches them. With a name like Red Bull Media House, Red Bull isn't exactly making a huge effort to keep its media company separate from the Red Bull brand. And even if a company-launched media publication did appear to be brand agnostic, what's the benefit to the company?

A year ago, I published an article called "What the Future Holds for Business Blogging." In it, I wrote about how more businesses would start building internal content teams and in-house news operations. We'd already started to see it happen with companies like Intel, Oracle, and Cisco, and at HubSpot, we were following suit.

We hired longtime journalist Dan Lyons, former columnist at Forbes, editor at Newsweek, and editor-in-chief of ReadWrite. We launched four brand new sections of HubSpot's blog, united them with a much more media-like homepage, and rebranded it as Inbound Hub. We started publishing a much more diverse array of content, including opinion pieces and feature-like articles.

While we can try and try to be as media-like as possible with the content we produce, there are things holding us back and hurdles we have to overcome that just don't exist for other types of publications. Media publications, for example, are all about generating page views. But obviously, that can't be a business pub's only focus.

So What's a Company Writer to Do?

Unfortunately, I don't have a magical solution here. As writers for company publications, we certainly have our work cut out for us.

Does this mean we should write scared? No. It just means we have to be aware of the limitations and take the proper precautions.

Does this mean there's no hope for us to create truly remarkable content? Not at all. It just might be a little bit more challenging.

I don't know about you, but I'm definitely up for the challenge.