What is Comparative Advertising? [+ Examples]

Comparative advertising is a marketing tactic which helps to drive brand awareness by comparing their product or service to a competitor. 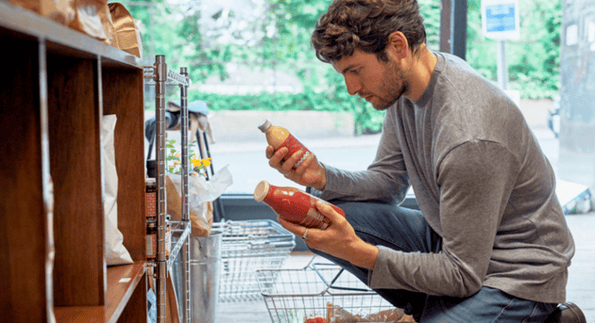 When executed correctly, comparative ads can successfully convince consumers to do business with one brand over another. But, this strategy requires care and attention, especially as companies may find themselves in the middle of a lawsuit.

In this post, we’ll delve deeper what comparative advertising is, give real-life business examples, explain the legality of using the strategy, and present pros and cons that you can use to make the best decision for your business.

What is comparative advertising?

With half of US adult internet users stating that advertising helps them to discover and find products or services that interest them, getting your brand messaging right is crucial. Through messaging, like comparative advertising, you can communicate the value of your product or service to your audience.
Since the 1960s and '70s, companies have used comparative ads to directly or indirectly mention a competitor. Comparative ads give customers a direct point of comparison between two companies, as they can view products and assess features all at once, rather than needing to seek out information from multiple sources.
While these types of ads present a tone that sways in favor of the brand producing the advert, consumers are only presented with factual information since false claims about competitors may not be made due to legal implications.
There is no set template for comparative advertisements; they can be digital or print, videos or images, humorous or serious.
However, many businesses take advantage of social media marketing, especially since over 4.65 billion people now actively use social media.

Below we’ll go over some real-life examples of comparative advertising to help you understand the practice.

Popeyes is an American fast-food chain that serves fried chicken. Chick-fil-A is their direct industry competitor, well known for being closed on Sundays.
Popeyes capitalized on this and created a comparative advertisement that emphasized that their restaurant is open on Sundays, especially while Chick-fil-A takes a day off. The video is shown below.

Popeyes recognized that consumers were frustrated with Chick-fil-A being closed on the last day of the week. By calling out their major rival (particularly as they were closed on National Sandwich Day), Popeyes were able to emphasize their value proposition and say 'come and have a chicken sandwich every day of the week'.

Verizon, a cellular provider, used the same actor as the face of their commercials for nine years. Sprint, an industry competitor, poached the actor in 2016 and used his switch to their service to take a unique approach to comparative advertising.

Sprint essentially says, if a long-time, loyal Verizon actor can switch to Sprint, why can’t you change as well? The business positions itself as a qualified competitor by saying that their cell phone service has a 1% difference in coverage than Verizon.

Casper is a well-known mattress brand that has managed to garner significant hype and recognizability for its products.
Cocoon by Sealy, a direct competitor, uses comparative advertising in search engine result pages (SERPs) to target Casper’s intended audience. The company placed a paid ad in a SERP for the term Casper mattress (shown below), with the headline “Don’t Buy the Hype, Shop Cocoon & Save Hundreds.”

Cocoon claims that its competitor is only a competitor because people buy for the name-brand hype. If a curious consumer clicks on the ad, they learn that Cocoon offers mattresses that are conducive to peaceful sleep and are affordable (displayed in the image below). By saying 'hey, we're giving you a better sleep experience for less, Cocoon are able to emphasize the value of the product to visitors.
Using Google Ads is also an effective way to allow an audience to learn more about the company since this type of ad increases brand awareness by up to 80%.

Adidas is a well-known sports apparel brand that is only outshined by Nike. Adidas created a comparative video (shown below) that features a person running in the desert wearing Nike shoes.

Runners know outdoor terrains are challenging to run in. Still, the most impressive thing in the video is that the cameraman carrying a 50-pound camera can keep up with the runner because he’s wearing Adidas shoes - a powerful way to showcase the quality of their product.

Kroger is a grocery store chain that took out a full-page comparative advertisement against a local competitor (Publix) in a Tennessee newspaper.
The advertisement, shown in the image below, features two long receipts from both stores that are the same length, but costs were cheaper, and savings were higher at Kroger. Through this comparison, the brand essentially says that, even if you buy the same products, Kroger offers lower prices, savings, and additional perks that consumers cannot find at Publix. In terms of the vehicle used, 82% of consumers trust print advertising, making it an effective way to enhance the brand's credibility.

Bounty is a paper towel brand that created a comparative ad (below) to display the benefits of using their paper towels versus the leading generic brand.

While they don’t explicitly name a competitor, they make a dig at whoever it may be by calling them the “ordinary brand” because they can’t clean up messes as well as Bounty can. Essentially, they’re positioning themselves as a premium alternative to their rivals.
While all of these businesses used comparative advertising, it’s essential to understand that it’s only that — comparative. Each company believes it is the best option, but they say that through comparison, not false or misleading claims.
However, given that the line can be vague, many countries have laws that dictate how comparative ads can and can’t be used.

Below, we’ll discuss the comparative advertising laws from three different countries and the explicit language they use to explain what advertisers are allowed to do.

The Australian Competition and Consumer Commission says that “Businesses may use comparative advertising to directly promote the superiority of their products over another.” Like U.S. law, businesses must follow general advertising best-practices of not being deceptive or misleading in an attempt to entice consumers to do business with them.

Hong Kong has no specific legislation intended to limit comparative advertising. Still, the Trade Descriptions Ordinance prohibits false trade descriptions and misleading or incomplete information advertisements, and the Association of Accredited Advertising Agencies of Hong Kong has the authority to investigate instances of violation.
All in all, regardless of your location, it’s important to understand the laws and regulations of comparative advertisements, so you don’t find yourself in the middle of a lawsuit.

Comparative advertising specifically focuses on a single product or feature that makes you better than a competitor. You're saying 'hey, look how valuable this is in solving your pain points.'
Even if you don’t sway your audience, they are still becoming aware of its direct specifications, benefits, and features.

You'll raise awareness of your business.

Comparative marketing can help you raise awareness for your business, especially if you’re new to the industry or a small business standing up to a competitor.
Mentioning their name gives you exposure to their market share and an entirely new audience that may be ready to make the switch to your product or service.

Comparative advertising can help you gain new followers and attract new clients, primarily when these ads are widely distributed and placed in high-volume consumer traffic areas.
For example, many businesses in the United States create humorous comparative advertisements to share during the Super Bowl because they know the event has a significant viewership In 2022 alone, over 208 million people tuned in.

You'll teach consumers about what is important.

As comparative ads focus on a specific feature or experience that comes with a product or service, you're informing consumers about the factors they should keep in mind when making purchasing decisions.

You’re showing them 'look at benefits of this product' rather than simply relying on the brand name for value.

You may lose integrity and look bad to your audience.

Suppose your advertisements don’t align with your countries comparative advertising rules and are flat-out disparaging of your competitors. In that case, your ads may have a negative effect on your target audience.
In addition, even if you follow the laws, some people just don’t appreciate ads that pit two companies against each other. It’s best to first understand your target audience - something that less than 40% of marketers do - yet it's a crucial aspect in producing successful advertisements.

It can create brand name confusion.

Just as comparative ads can generate brand awareness, they can also cause confusion.
Mentions of multiple competitors in the same ad can lead consumers to become confused about which business offers the features they prefer or which company is the best option to meet their needs.

You can face legal action.

As mentioned above, many countries have laws protecting consumers and other businesses from comparative ads.

You need to produce your ad with the utmost care and attention, otherwise, you may face legal action from your competitors. If you’re a big name brand, publications will likely report on it, which can also negatively impact your reputation.

Should you opt to use it as part of your business’ marketing strategy, be mindful of comparative advertising laws in your country, ensure that you’re providing benefit to the consumer, and that you’re not simply disparaging your competitor and claiming superiority.
If done successfully, you can stand to raise significant brand awareness, drive revenue, and even capture a higher portion of your industry market share and position yourself as an industry leader.