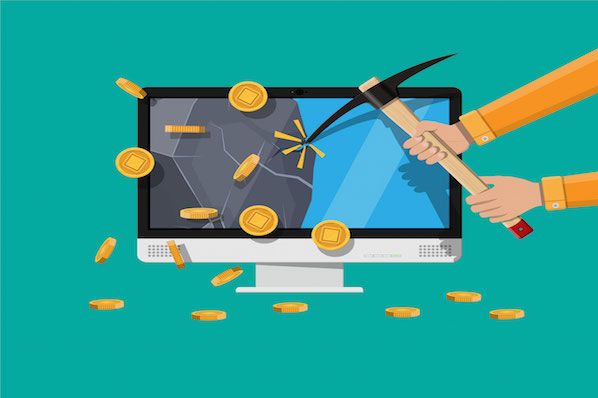 Since cryptocurrency isn’t a physical commodity like gold or oil, it might be hard to understand how people mine it. It’s a currency, so the fact that people "mine it" could boggle your mind.

It’s also entirely digital -- you can’t just dig up some bitcoins with a pickaxe -- so how and why do people mine cryptocurrency? Let’s read on to find out.

To truly understand how cryptocurrency mining works, you first need to know the basics of Blockchain, which is the underlying technology for cryptocurrencies like Bitcoin, Litecoin, and Ethereum.

To make sure the ledger’s true state is verified and updated, each node in the network references and communicates with each other to see if all the copies are the same. This decentralizes, secures, and publicizes every single transaction of the cryptocurrency.

To update a blockchain with new transactions, a new block, which is a bundle of these transactions, needs to be created and added to the chain. But to create and add the block to the chain, the block needs to be validated by the answer to an incredibly intricate math problem. So individuals, groups, or businesses use mining rigs, which consists of mining hardware and software, to try and solve it. These validators are called miners, and the first miners to solve the problem will be rewarded with a payout of the cryptocurrency.

Once a miner figures out the correct answer to the math problem, which is verified by each node in the network, the new block is created and added to the blockchain and the winners earn a block reward. For Bitcoin miners, the block reward for validating one megabyte worth of Bitcoin transactions is 12.5 tokens. And since the value of one token currently hovers at around $6,450, a successful miner could rake in approximately $80,625 today.

But even though cryptocurrency mining is economically beneficial to miners, consumers, merchants, and the cryptocurrency itself, digging for crypto can actually harm the environment.

As more people mine more cryptocurrency, it gets extremely difficult to solve the math problems that validate the cryptocurrency’s transactions. You need massive amounts of electricity to power your mining rigs and solve these complex problems, especially for cryptocurrencies with a limited supply, like Bitcoin. In fact, by the end of this year, Bitcoin miners are predicted to consume more electricity than all of Argentina.

But whether or not you’re willing to contribute to the massive energy use of cryptocurrency mining, you can definitely earn a profit mining, if you live in low-cost power regions.

To find the best fit cryptocurrency for your specific situation, check out CoinMarketCap, a website that lists all the active cryptocurrencies today.