What Is an Early Adopter? A 3-Minute Rundown 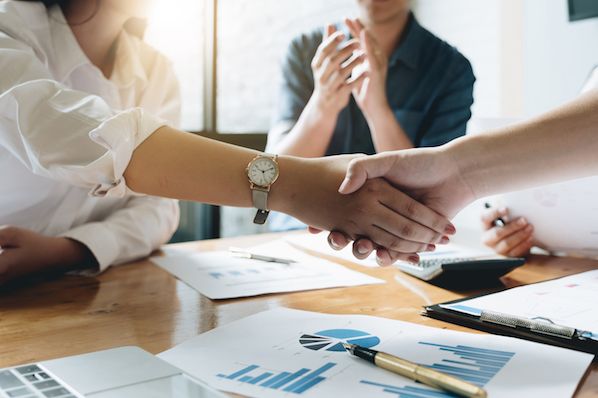 In 2011, there were 150 marketing technology companies scrambling to convince the business world that digital was the future of marketing. Today, that number has exploded to nearly 7,000 companies. And they’re all battling each other to win a spot in the technology stack of almost every business in the world.

By now, digital marketing doesn’t need to be categorized. It’s just marketing. But what happened in the last seven years that took digital from fun, little side projects to most companies’ main form of marketing?

Obviously, the rising popularity of the internet, social media, and smartphones played a huge role in taking digital marketing mainstream. But there was also a pivotal group of companies who drove its momentum: the early adopters of marketing technology.

What is an early adopter?

Early adopters are the first customers to adopt a new product or technology before the majority of the population does. They’re often called "lighthouse customers" because they serve as a beacon of light for the rest of the population to follow, which will take the technology or product mainstream.

But early adopters aren’t helping out ambitious start-ups for altruistic reasons -- this partnership is mutually beneficial and produces synergy. For instance, by providing companies with the vital feedback and revenues that can refine their product or technology and take it mainstream, early adopters get unique access to a potentially advantageous new product or technology.

Early adopters also receive first-class customer support, like a dedicated employee to help implement and run the product or technology, or generous discounts and terms and conditions, in exchange for dealing with the bugs that most early-stage products and technology have.

For example, early adopters of content marketing software bet that content would be the future of marketing. Fortunately, they won that bet. But early adopters of artificial intelligence and virtual reality risk losing a lot of time and resources on a technology that could just be all hype.

The term “early adopters” comes from the technology adoption curve, which was popularized by the 1962 book Diffusion of Innovations, written by Everett Rogers, a professor of communications at Ohio State University.

The technology adoption curve shows the acceptance process of a new product or technology, according to the demographics and psychographics of each group in a population. The curve has a normal distribution.

Each group has unique characteristics, which influences their decision to adopt new technologies before or after they became mainstream. Here’s a general description of each group:

From Hype to Reality

Early adopters played a key role in taking digital marketing technology from hype to reality. And if you’ve just developed a new product or technology, no matter what industry you’re trying to penetrate, recruiting a loyal group of early adopters could do the same for you too.