Facebook Home Opens Up Mobile Ad Targeting Opportunities, and Other Marketing Stories of the Week 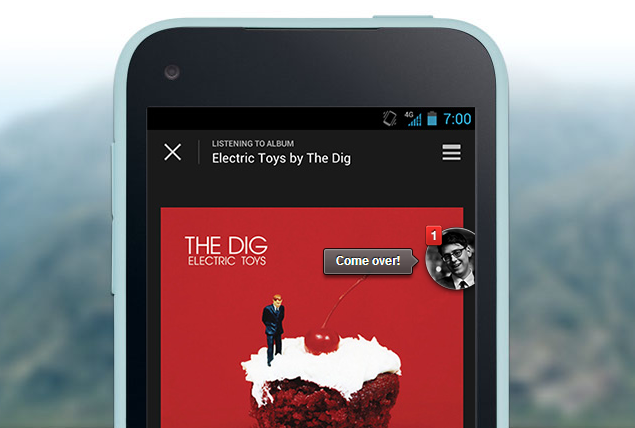 Mobile advertising has been a hot topic lately. In fact, we've seen a number of online platforms invest heavily in mobile as a way to monetize their businesses and leverage the popularity of mobile adoption among users. And with this influx of mobile marketing opportunities, companies like you and me have benefited from more effective ways to target their mobile audiences based on all the data at their fingertips.

One major online platform in particular may have recently created the Holy Grail for mobile marketing. Think you know who we're talking about? Read on to learn more, and find out what other inbound marketing stories may have flown under your radar this week.

Facebook ‘Home’ Will Be Great for Ad Data, But Bad for Brand and Media Apps, From Adweek

Many of you are probably well aware that Facebook recently launched Facebook Home, its new home screen replacement for Android devices, which Facebook describes as "a family of apps that puts your friends at the heart of your phone.” The downloadable system allows Android users to customize their home screens with multiple features like cover feeds, chat avatars, and notifications about calls, events, Facebook updates, and other apps. Through its App Launcher, Facebook Home also includes apps such as Instagram and Facebook Messenger, along with other third-party apps to complete the user experience.

Okay, so what does this mean for mobile marketers? Well, according to Adweek, it means that Facebook Home will bring advertising on mobile app networks to a whole new level. With Facebook’s apps, notifications, and features taking up the homepage, Adweek speculates that it could affect how brands outside Facebook reach their mobile audiences. Aside from hindering other brands' mobile efforts, Facebook Home will be able to consistently gather user data and open up opportunities for highly targeted ads. This ad targeting could take into account user behavior through interactions in chats, messages, status updates, photos, and location checkins, among other things. Learn more about what Facebook Home means for mobile advertisers over at Adweek.

When it comes to sharing content in social media, every character counts. This has become increasingly more difficult for YouTube’s 1 billion monthly users who share tons of videos on the web. On Twitter alone, almost 700 YouTube videos are shared every minute. So when we learned of Google purchase of the YT.be domain from The Next Week, our ear perked up. It's rumored that Google will use this new domain name for shortened links to YouTube videos.

For marketers, this is great news. Theoretically, by switching from youtu.be to YT.be, Google would be cutting the number of characters needed to tweet YouTube videos down by approximately 3 million per day. This means, as marketers, you’ll have more character real estate to work with when promoting your video content. Although 3 characters may not seem like much, in the world of Twitter, it could make or break a well-crafted tweet. Read more at The Next Web.

The wait has felt like an eternity, but Vine has finally rolled out trending hashtags to its users, which . This recently announced small tweak now appears in the Explore section of your Vine account, immediately below the existing group of pre-populated “popular” hashtag suggestions. With Vine’s small, but growing user base, there are only 12 trending hashtags to choose from at any given time. We expect this to expand a bit more as users begin utilizing hashtags to their advantage.

As marketers, hashtags can be a helpful way to promote content and organize conversations around a topic or campaign, so this is a welcome addition to the short clip video-sharing platform. Furthermore, with Vine's new addition of trending hashtags, it also looks as though Vine may be moving away from manually curating its user content, which we previously saw with its "Editor's Picks" section. The increase in videos on Vine is most likely making it more and more difficult for editors to sift through and curate content, meaning that trending videos will be heavily dictated by the addition of its new trending hashtag algorithm. Read more about Vine's new tranding hashtags at Marketing Land.

79 Free Landing Page Templates to Use in the HubSpot Trial

Any savvy inbound marketer knows how critical landing pages are to lead generation. But the success of a landing page isn't just based on the content it gates; design plays an important role in landing page effectiveness as well. But, because we know design isn't ever marketer's forte, we wanted to make landing page creation a little bit easier on you. So to help you build good looking and high-converting landing pages, we've compiled 79 free landing page templates that you can customize and use to start collecting leads right from within the HubSpot trial. Not ready to start a trial just yet? This download will also get you a free PowerPoint template for landing pages elements and design best practices. Grab your free templates here.

In less than 48 hours, Twitter has already pulled the plug on what seemed like a promising new payment method for purchasing products through Twitter streams. The service, known as Ribbon, would allow users to click a button directly within a tweet in order to make a purchase without having to leave Twitter.com. There are speculations that Ribbon used Twitter Cards to set up the one-click purchase method that may have violated Twitter's Terms of Service.

Although this service didn’t make it too far out the gate, it does show that companies are considering payment options that can drastically increase conversion rates for businesses. Allowing users to purchase items without ever leaving their Twitter streams opens up the potential to convert tons of leads into customers without additional landing pages or steps. Read more at TechCrunch.

What other interesting marketing stories did you read about this week that are worth sharing?