#FirstTweet: Proof That You Should Be Open to New Social Networks 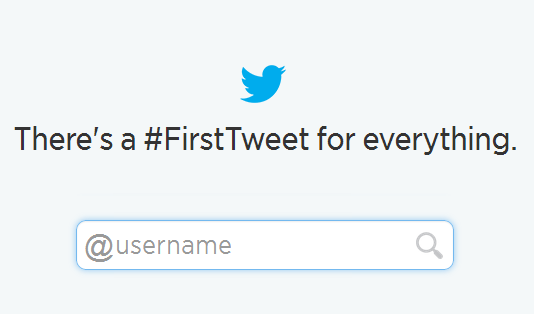 When I read my first tweet, I laughed out loud. Here it is in all its (embarrassing) glory:

Thinks twitter is really pointless, and is waiting for someone to convince her otherwise.

Remember when Facebook used to have you write your statuses in the third person? Apparently I thought that applied to Twitter, too. And look how skeptical I was!

I've certainly been convinced otherwise. If it weren't for Twitter, I never would have been recruited for HubSpot, I wouldn't have found my literary agent, I wouldn't have bonded with fellow marketers or authors, and on and on.

And that made me wonder ... were major influencers just as skeptical as me? Even the ones who amassed thousands or millions of followers over the years?

Turns out, many of them were. And I think this proves that we should keep an open mind when it comes to new and emerging social networks. Here were some of my favorites:

Just got into Berlin... feeling better thank you, have my vicks inhaler by my bedside... and P.S. I TWITTTTER! GAH. Such a follower!

For a "follower," she sure has quite a following -- Katy Perry currently holds the record for most Twitter followers.

been sitting here for 30 minutes trying to figure out a clever first tweet. still thinking...

I guess she got tired of trying.

Well, he now has 4.01 Twits following him, so Twitter's worked out for him.

He just didn't get it.

I'll be honest, just created this to say that any other "twitter-ers" aren't me. Flattering... just not me.

Proving doppelgangers wrong is often a big motivator for celebrities to join Twitter.

I just signed on to Twitter today. Don't want it or need it, but don't wanna be out of the action!

Sometimes, the fear of being left out is a powerful motivator.

But look what she went on to write!

I'm going to bed now. That seems like an appropriate start for me here. Mundane and uninteresting.
— Brandon McCarthy (@BMcCarthy32) February 28, 2011

Yep, there are still plenty of mundane tweets on Twitter.