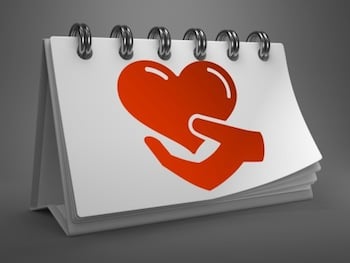 This past Tuesday, December 3, marked the 2nd annual dedicated day of giving in the U.S. and Canada. Giving Tuesday saw more than 10,000 partners, both for-profit and nonprofit, spreading awareness not only for the day, but also for amazing causes around the world.

The White House wrote about it. Heidi Klum tweeted about it. Millions of dollars were donated. And countless events took place all over North America, including food and clothing drives, fundraising parties, and volunteer activities.

Giving Tuesday shared the amazing results of the movement throughout the day on its Facebook page and published a great overview of the day as well. Below, you'll find some of the biggest highlights from Giving Tuesday.

1) The hashtag #GivingTuesday was trending for most of the day and saw more than 269,000 tweets.

2) Google+ and Mashable held their first ever all-day Google Hangout, which ran for 12 hours on Giving Tuesday and featured celebrities, companies like TOMs and Warby Parker, and nonprofit leaders, such as charity: water.

3) The Second Harvest Food Ban of Central Florida reached its $10,000 fundraising goal by 9 a.m. on Tuesday -- a goal that was then immediately raised shortly after this mark was hit.

4) The United Methodist Church raised $6.5 million in donations from donors in 24 countries.

5) The city of Baltimore held a campaign called "BMore Gives More" to feed the hungry, shelter veterans, find homes for animals, plant trees, and put music and computers in school. This campaign raised $5.4 million for almost 500 nonprofits in the Baltimore area.

6) The foundation started by Facebook co-founder Dustin Moskovitz and his wife called Good Ventures announced a $5 million matching grant to GiveDirectly, a nonprofit that provides cash payments to poor people around the world.

7) Over 7,000 unselfie images were posted on Instagram and Twitter, including many celebrities, like Katie Couric, Heidi Klum, Josh Duhamel, and Carmen Electra. These celebs and others taking the photos held up signs like the ones below, noting for whom they donate: 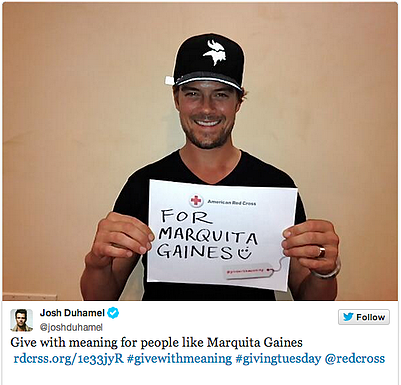 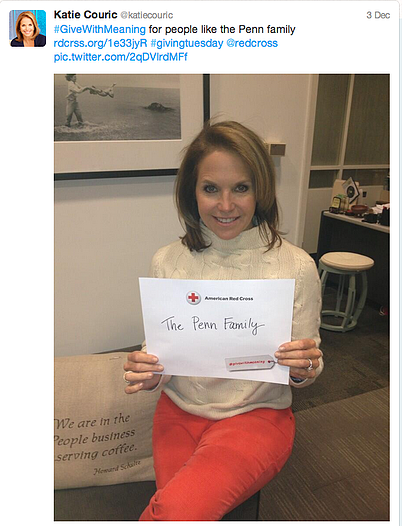 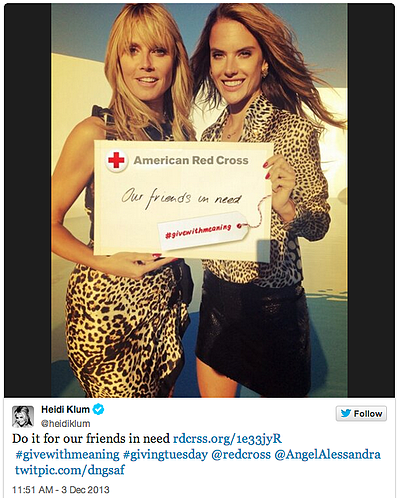 8) Blackbaud reported a 90% increase in online giving for its customers from last year’s Giving Tuesday -- that amounted to a 53% increase from the year before.

10) QVC is running a campaign which started on December 3 and runs through January 3 for its four Give Joy beneficiaries and matching up to $150,000 donations made to the American Heart Association, the Ovarian Cancer Research Fund, Dress for Success, and Cancer and Careers.

12) And finally, Giving Tuesday took over Times Square on the night of December 3:

To all who participated in Giving Tuesday, congratulations on a successful kickoff to the holiday giving season and an amazing day of giving! Share your Giving Tuesday stories below!