They Grow Up So Fast: How 7 Brands Made It Big Practically Overnight 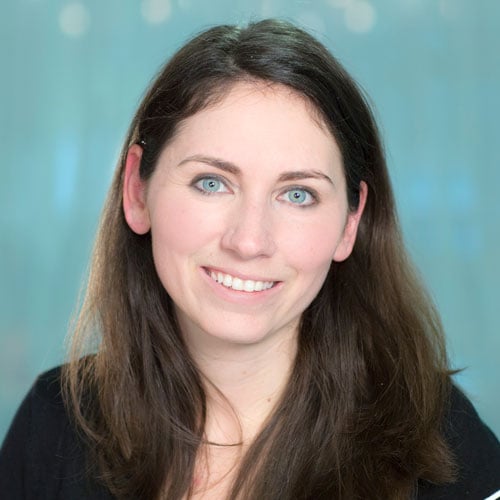 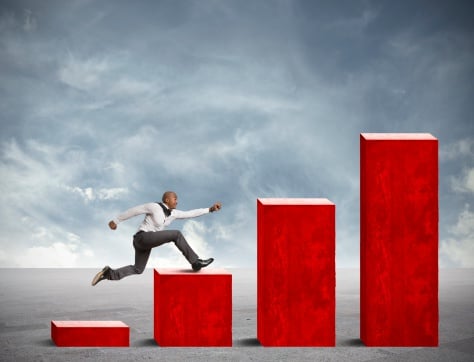 Any business owner will tell you: Overnight success can happen -- it just takes 5 to 10 years of work first.

Stories of companies with meteoric rises abound, and it may seem like they've been fated from the very beginning.

For many, however, growth hasn't always been straight and even. These companies just made some smart marketing decisions that led to some serious growth spurts along the way.

Let's take a look at some of the decisions that proved to be watershed for seven companies and led to major increases in traffic, revenue, and brand evangelism.

When Boston Public School buses went out of commission in early October due to a worker strike, thousands of parents were left trying to find alternative avenues for their children to get to school. Uber, a mobile app that connects riders to taxis and car services, took this event as an opportunity to help.

After the idea was first raised by an Uber user on Twitter, the company began offering free rides to Boston Public School students stranded by the strike. The good gesture resulted in news coverage from major publications, including the New York Times, Venture Beat and, of course, the Boston Globe. It also exposed a new audience to Uber: parents in need of a safe way to transport their children.

This isn't the first time that Uber has offered to help out during a time of crisis. In March, after a fire left a massive section of Boston without power and caused subway service to halt, Uber offered rides out of the darkened neighborhood for half off. Also, after the 2013 Boston Marathon bombing, Uber provided free rides to area hospitals.

Through these standout actions, Uber has ingratiated itself in the local community, spread brand awareness, and grown significantly as a result. In the last year, according to Inc. Magazine, Uber has expanded rapidly from 12 to 35 cities and grown its revenue by 18% a month.

Takeaway: It's essential to pay attention to current events and where your business can fit in.

In March 2013, Google announced plans to shut down its beloved RSS reader, Google Reader. The decision left millions of Google Reader users abuzz with concern. Where would they go? Would they have to rebuild all of their feeds?

Feedly, an upstart RSS reader, jumped on the opportunity to win over the Google Reader expats. It announced a one-click migration and pursued a number of thought leaders to try their service out. The company spoke directly to the Google Reader audience and created a ton of content for likely searches, such as "Google Reader Alternatives."

By the end of the campaign, Feedly had secured the lion's share of Google Reader customers and its user numbers tripled from 4 million to more than 13 million. A day after the paid tier became available, the company sold out of its 5,000 Pro accounts.

Takeaway: Change is your friend. Be watchful of an evolving marketplace and be quick to act on new partnership opportunities or sudden needs (even if you don't have all of the answers figured out).

If there was ever a case for an overnight success, it would be Pinterest.

But even Pinterest's founders will tell you that success was 4 years in the making. Even still, how did Pinterest accumulate such wide use in such a short amount of time? The answer is layered, but key to it was how deeply the company built social sharing into to the product.

Social media wasn't an afterthought with Pinterest -- it was a central artery of the way the site operated. When you join Pinterest, you automatically sync up with your connections from other social media networks, enabling you to avoid the cold-start syndrome of having to build a community from scratch.

Takeaway: We can't all have our own share buttons, but what can we learn from this? For starters, think about sharing as an integral part of the website visitor experience. Identify the natural places where sharing could occur (e.g. after a purchase or consumption of a piece of content) and make sharing an easy and nearly intuitive part of that interaction.

Beyond having a useful blog, FireRock has one of the best Pinterest accounts I've seen from a B2B company. It helps that the company creates really beautiful stone fireplaces, so the imagery is captivating, but it also knows how to optimize Pinterest for its business. FireRock smartly tags its posts by geography and focuses on visual content that spreads well. Five months after it began focusing its social media strategy, FireRock increased its reach by 330% and saw a related increase (189% over eight months) in website visits.

Founded in mid-2011, ROGETECH is an IT distribution company specializing in industrial barcodes, tablets, and scanners. The company is also a very new company competing in an older market with established brands. At launch, it knew it needed a way to differentiate from all the other IT distribution companies. The company was starting from scratch, with no email list, domain authority, followers, or fans.

In short, ROGETECH knew that to unseat the incumbents, it'd need to win at the search box. It started a strategy of blogging and content creation around a very strategically cultivated keyword list. Not knowing what kind of results it'd see, the company decided to run it as a three-month experiment.

Andre Jensen of Inbound MD, an inbound marketing agency that worked with ROGETECH, explains: "We started blogging in mid-December 2011. The month of December 2011, they had 77 unique visitors from organic traffic. After just one month of blogging, they had 695. Two months after, 2,296 organic visits. Three months, they reached 3,454.”

The company centered its posts around technology trends, IT distribution, and tips for successful purchase in the IT industry. This way, it had posts that were both industry-specific and appealing to the masses. One of its most popular blog posts, “What is the Barcode and How it Works,” talks about what a barcode is, how it works, and how a computer interprets it. The company didn't blog haphazardly. Instead, it stuck to a schedule and well-researched key search phrases.

In one year, as a result of all of its efforts, its traffic grew 4,000% and it found that 84% of it was being generated organically through search results, without additional cost to the company. The firm also built a great foundation for future growth, climbing to the number-one rank on Google for nearly all of the products it sells.

Takeaway: Know your competitors' weaknesses. If no one is really dominating the search results for your key terms, go after them. Make a plan to unseat bigger, more established companies with agile content creation.

It's amazing what can happen when a marketing campaign taps into a larger cultural issue. The Rodon Group, a HubSpot customer and manufacturer of plastic injection molding services, was an unlikely candidate for the national spotlight, and yet, after a brief campaign focused on U.S. vs. overseas production, that's exactly what the company got.

In 2012, The Rodon Group's president, Michael Araten, drew media attention to what he saw as a trend in manufacturing contracts coming back to the U.S. due to supply chain complications and shipping expenses. “We’re in year three of what I think will be a 10-year transition back to U.S. manufacturing as a world leader,” he explained to Businessweek.

His interviews with Businessweek were accompanied by others, including ones with CNBC and The Today Show. The Rodon Group was even visited by President Obama, where he spoke about the importance of keeping American manufacturing and family-owned businesses competitive.

But how did he get the national spotlight to begin with? It all started with a campaign the company ran to promote U.S. manufactured plastic injection molding as more affordable than using overseas companies in China. The campaign was anchored on an ebook entitled "Top 10 Critical Reasons to Bring Your Plastic Injection Molding Back to the U.S." and supporting posts and materials to compare and contrast its services with those of overseas companies.

Takeaway: This campaign worked for a couple of reasons.

Nonprofit organizations and political action committees are among the best at galvanizing wide support in a targeted amount of time. There is perhaps no better example of accumulating momentum around a given event than the United For Marriage campaign run by the Human Rights Campaign in 2012.

The campaign, which ran for two weeks, leveraged the timing of an impending Supreme Court deliberation to launch a major public action campaign.

Core to the virality of the campaign was the freedom its audience had to adapt its logo and materials to reflect themselves. Business partners -- from Bud Light, to Bonobos, to HBO, to Smirnoff -- all adapted the iconic logo with their own. The campaign not only put a message out, but it also gave people the platform to personalize that message.

Much like The Rodon Group campaign, the HRC campaign had a concentrated timeline that hung on a major Supreme Court decision date. The timeline upped the urgency for action and gave participants a sense that this would be a limited-time activity. The company's results were outstanding. Below is just a segment of its results -- you can find the full results here, which include this stat: 700,000 unique visitors were recorded for the campaign website, 86% of whom were brand new to the organization.

Takeaway: Give your campaigns a clear start and end date and funnel your entire marketing focus into them. By concentrating all channels and activities toward one goal and milestone, you can increase the urgency and reasons for involvement.

There's no such thing as luck in marketing -- only opportunities spotted and acted upon. These companies range wildly in size, mission, industry, and audience, but one commonality that unites them all. They paid attention to the world around them and the experience of their users or customers. They noticed trends, gaps, and opportunities and they were strategic in how they tackled them.

The combination of observation, action, timeliness, and measurement are at the heart of each of these efforts. What can your company adjust to better position yourself to do the same? Let us know below!