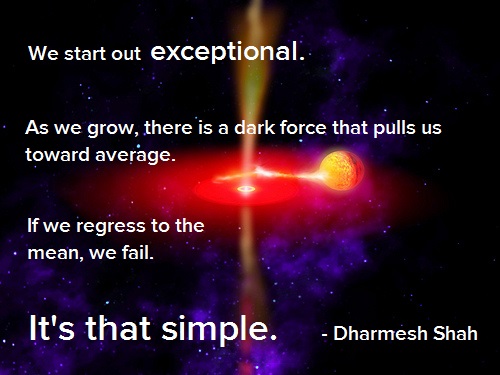 The first time I ever tweeted about a company and got a tailored response felt like serendipity. It’s easy to trivialize it now, but that first one-to-one interaction was a major breakthrough for me in the way companies could communicate with their customers. A whole new channel had opened up -- one that was at once more personal and more expansive than anything that had ever preceded it.

If it has, it sure didn't start there. And it doesn't have to end there. One of my favorite lines from Dharmesh Shah’s Culture Code talk encapsulates this social phenomenon marketers have experienced: “We start out exceptional. As we grow, there is a dark force that pulls us toward average. If we regress to the mean, we fail. It’s that simple.”

Social media is too important to “regress to the mean.” We have to stop ourselves from slipping into the same bad practices that have troubled email marketing for so long. To push ourselves further, we ought to keep an eye on some of the trends that have been bubbling up in social media marketing today, and challenge each other to overcome them.

Here's what I'm talking about. 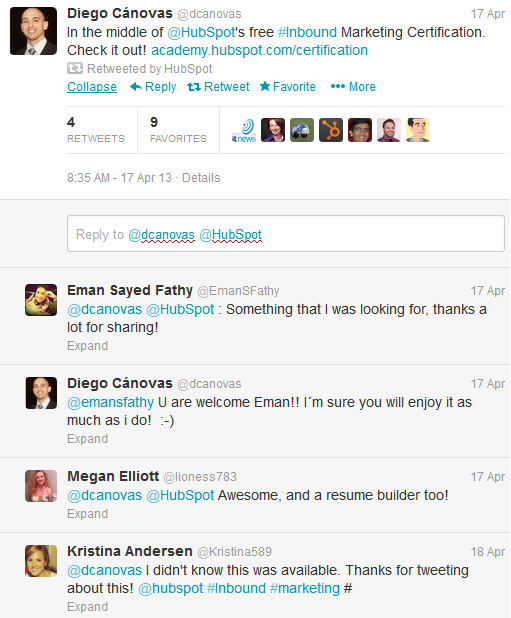 Why did social media turn into a broadcast channel?

As more and more people got into social media, and social media streams became flooded, it got harder to have one-to-one conversations. At the same time, pressure to deliver results made businesses put all of their focus on driving a large numbers of clicks and activity -- analytics that may look good on a chart but are short-sighted when it comes to measuring true social impact.

We are guilty of both of these things. We've published advice around how to drive clicks. As our following and customer base has grown, we've had trouble responding in a personal way to tweets and comments. We've had a lot of discussions internally about how to buck this trend. Moving forward, we're going to focus on how to have more personal interactions on social media in addition to the content we share there.

Why change the way we approach social?

Most immediately, we run the risk of losing any ground we've gained. 81% of consumers have either "unliked" or removed a company's posts from their Facebook News Feed, according to Exact Target. Not surprisingly, 71% of consumers are more selective about "Liking" a company on Facebook than they were last year.

That's what happens. That is the storyline we, marketers, are writing right now. We clutter people's social spaces to solve for clicks and leads, not to solve for the reader, their interests, and their needs. And they are responding exactly the way you'd expect.

What do we do?

Social media is not a lost cause. There are still moments of serendipity out there. There are still social strategies executed with authenticity and thought for the customer. But we don't do it as often as we should, and as well as we all have the ability to do. So, what can we do to find our way again?

We need to stop the click-worship, and start valuing the impact of an interaction over sheer volume of activity. In a 2012 report from Adobe, 52% of marketers cited difficulties in accurately measuring ROI as their biggest source of frustration in social marketing -- so they rely on what they do have; clicks and interaction data. We should challenge ourselves to drop the gimmicks for clicks, and replace it with data that truly represents the ROI of meaningful social interactions.

We need to stop thinking of publishing and half-hearted monitoring as a complete strategy on social media, and start thinking about how relevancy and delight play into our publishing and interaction choices. One good social media interaction doesn't need to be the last -- let's start building long-term relationships with the people in our social networks, the ones that give us context to draw from that makes each subsequent interaction more and more meaningful. The roots for a strong relationship are there; it's up to us marketers to nourish and grow it.

We need to stop solving for ROI first, and start solving for customers first -- and trust that ROI will follow.

This isn't to say that the advancements in social media technology -- the ones that enable scalability and efficiency -- are bad. They should be used to make us all more effective at sorting through the clutter. But let's not contribute to that clutter, either. Auto-publishing + lethargic social strategy = dull social streams.

There are some technical limitations, yes, but limitations were made to be solved for, conquered, stood on top of and whoop-whooped over. (Did I go too far there?) The point is, if we're going to take social media marketing to the next level, we need to identify and overcome its current shortcomings. In the interim, start with adding context where you can. If you get a question or (hopefully not) a complaint on social media, take two minutes to do a bit of research internally before responding. Fast responses are great, but personalized responses are unforgettable. After you have an interaction -- good or bad -- try to turn it into something. If the conversation was with a customer, drop them an email the next day to follow up. It's hard to scale, yes, but if you can get it right for a couple of key contacts, you can build stronger relationships.

We love social media for the revolutionary medium it is and the promise it has yet to realize. Even though it feels old hat for many by now, we are all just at the beginning of this social media thing, and we're still so early in figuring out how to best use it to attract, engage, and support customers.

How we all choose to use social media will determine the path it takes going forward, and the quality of channel it becomes. We have an opportunity to make it into a channel like no other. So ...