How to Lead Your Team Through a Crisis 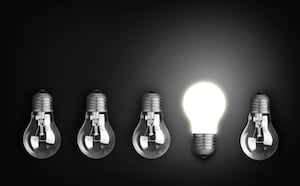 It’s relatively easy to lead a team when things are going well. But what separates good leaders from great leaders is how they guide their teams when the chips are down.

I had the chance to learn how to lead in the face of adversity early in my management career when the dotcom bubble burst. At that time, I was working as a regional sales manager. The majority of our customers were young internet companies. When they started going out of business in droves, our revenue plummeted.

Then, we tragically lost our co-founder in the September 11th terrorist attacks. Morale was at an all-time low. News stories appeared heralding the company’s imminent demise. One thousand out of 1,500 employees were laid off.

My first few years had been smooth sailing, and I became accustomed to managing in these good times. Suddenly, we were in crisis mode, and I had to adjust my leadership style on the fly.

After some trial and error and more than a few mistakes, I found my groove in this new landscape. Looking back, a few lessons emerged which I would recommend to any sales manager dealing with a crisis.

My employees were upset and worried -- and with good reason. Was the company going to fail? Were they going to have a job in a year? In a month?

If leaders neglect to talk with their teams in bad times, employees will start rumors to fill the silence -- and this is precisely what you don’t want to happen. I figured out the importance of keeping my team in the loop early on. Everything a leader knows, their team should know, too.

I suggest doubling or tripling your communication cadence in a crisis. If you normally meet with your team once a week, ramp that up to two meetings a week until things are back on track. Make it clear that you’re going to be open and honest with your employees about the situation and share with them what you know, so they come to you with questions before anyone else.

This tip also applies to your management team. Check in with them often to talk about how your team is reacting to the problems, and what you’re doing as a group to solve them.

Be transparent and project optimism.

No one likes feeling like they’re being sold an overly rosy story that doesn’t mesh with reality. Don’t sweep the challenges the company is facing under the rug -- that will only create mistrust among your direct reports. Instead, acknowledge them openly.

However, every time you talk about problems, you should end the conversation with why you’re confident the team and the company will pull through in the end. And it’s important that you really believe this, because if you don’t, your team won’t.

What if you have some doubts? That’s natural: I certainly did. But every time I did, I always came back to the fact that the market trends were in our favor, we solved a huge customer problem, and we had a great solution. And I shared this logic with my team. The belief that you’ll win in the end has to be there. If it’s not, it’s probably time to look for another job.

If you’re in the midst of a crisis, it’s clear that what you’re doing isn’t working. So while you should openly address the problems with your team, you shouldn’t dwell on them. Adapt to the scenario and formulate a comeback plan with the help of your leadership team and input from top performers. Then, clearly lay out the steps reps should take to turn the situation around, and assure them they’ll be successful if they just stick to the plan.

One of the elements of our revised plan at my former company was to scrap our current target customer -- dotcom companies -- and start going after more established businesses in verticals we had been successful with in the past. My team was happy to have marching orders, and I was happy to help them execute on a new playbook that I firmly believed would lead to stability.

Focus on the small stuff.

In good times, leaders tend to concentrate on the results. But in bad times, they aren’t much to call home about.

The way you bring the results back on track is to put a renewed focus on the input metrics that get you there: number of calls, number of demos, pipeline development, and so on. Ramping up on the input metrics will lead to better outcomes, so it’s worth it to sweat the small stuff. And getting good input results will give you something to celebrate with the team, which is sorely needed if the results haven’t been there.

During my former company's crisis, our CEO told us that if we were worried, we should go see a customer or a prospect. His thought was that being active and pursuing new business or maintaining established relationships would make us feel better. And he was right -- it did. Plus, we were being productive in the process, which was exactly what we needed to do to turn our fate around.

So if you’re dealing with a crisis, don’t put your head on your desk and feel sorry for yourself. Schedule a meeting, and encourage your team to do likewise. Dwelling on all that is wrong only causes you to lose valuable time that you could have spent taking steps forward.

You probably already know the end of the story: My former company is still in business today, and it’s an incredibly successful company at that. It’s clear to me now that this critical period made me a much stronger leader, and for that, I am grateful. And I didn’t just weather the storm; I stuck with the company for another four years.

Not every company will bounce back that way. But it certainly has a fighting chance if each and every manager in the organization finds a way to lead their team through the crisis.