I'm Not You, You're Not Me. So Why Do We Have the Same Internet? 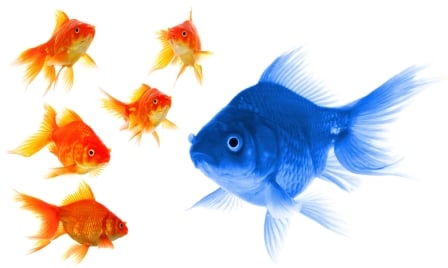 Fab is a fast-growing ecommerce company that made its name running daily flash sales. But this week the New York-based e-tailer announced a pretty big change: from now on Fab will drop the flash sales and instead enable its members to “follow what you love,” and only get information about things they care about. Moreover, “We’ll personalize your Fab experience on-site based on what you follow,” CEO Jason Goldberg announced in a blog post.

To each his or her own is the new motto of the internet. Everywhere you look, in every corner of every industry, companies are looking for ways to create products and experiences that are personalized and customized. “Context” has become the umbrella term, and for internet companies it has become the new Holy Grail.

Just last week I met with a top executive at a Silicon Valley tech company whose engineers are working on what he calls “a contextual operating system.” One example of what this could do: when you’re sitting in a conference room with a bunch of people, your phone would know where it was, and who else was in the room with you. Your phone would know when it was in your pocket, and when it was out on the table, and could behave differently depending on where it is.

The Age of Context

Fab's decision to double down on customization and personalization could become a model for others, including the news business, says Ranjan Roy, the co-founder of Informerly, a news site that tracks the ecommerce industry. “How come when I go to the NY Times homepage, except for a tiny `Recommended for You’ section way below the fold, I see the same articles as everyone else?” Roy wonders in a blog post titled, “Fab.com and the Future of News.”

Maybe someday my New York Times will be different from your New York Times. We already see glimmers of this today. My Amazon.com homepage is not the same as yours, for example. Tech pundits Robert Scoble and Shel Israel are working on a book called “The Age of Context,” which they also believe is right around the corner and will represent a “transformative tsunami, one which will change work and life.”

This is a subject near and dear to our hearts at HubSpot, not only as it relates to our ecommerce solutions but also to the overall HubSpot product. Check out this video from last year’s INBOUND conference where our CEO, Brian Halligan, talked about using content to pull people toward your brand, and then using context to deliver an experience that’s tailored to their interests. (Skip to the 12:00 minute mark.)

A world that’s completely tailored to your interests could have some drawbacks, of course, chief among them the so-called “filter bubble” where people end up getting isolated by algorithms that only show them what they want to see. Thus conservatives get one kind of news, and liberals get another, that kind of thing. And sheltering people from viewpoints and opinions that differ from their own is a recipe for isolation.

From a marketing and ecommerce perspective the filter bubble presents an analogous drawback, which is that you lose out on serendipity, the experience of discovering things outside your set of self-declared interests. Sites like Amazon are great at doing the “If you liked that, then you’ll probably also like this” kind of comparison. It’s wonderful, but it also can have a narrowing effect.

But fear not. Techies are already aware of this, and working on ways to address it. What would be really great is a dashboard that lets people dial in how much or how little serendipity they want. After the Age of Content, and the Age of Context, maybe we could call this the Age of Control.

How much personalization do you want -- as a marketer, and as a consumer?

Personalization is Changing Marketing, Here's What To Expect

How Micromarketing Can Take Your Strategy to the Next Level [+ Examples]