INBOUND just wrapped up -- with over 5,550 registered attendees, and four jam-packed days of inspiration, education, entertainment, and collaboration. 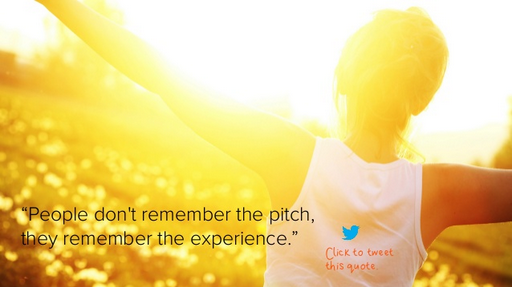 It would be impossible to distill the insights from the entire conference into one blog post, so we’ll have more posts coming soon. But in the meantime, we thought it might be helpful for attendees and non-attendees alike to see a few of the insights provided by our impressive roster of keynote speakers: Seth Godin, Arianna Huffington, Dharmesh Shah, Brian Halligan, Nate Silver, and Scott Harrison.

A few overarching themes emerged from the keynotes. We’ve outlined those themes below, then organized some of the most inspiring and thought-provoking insights into SlideShare to keep INBOUND top of mind -- whether you’re on the plane ride home or just tuning in to conference news from afar.

Give Is the New Get

Generosity and collaboration were unifying themes in several of the keynotes. Seth Godin kicked things off by noting that no one wants to do business with entities or people who are selfish. Customers, fans, and followers alike are seeking connections, and the way to help connect your company with your prospects and leads is by being generous. According to Godin, “building connections is the asset of the future.”

Scott Harrison and his team at charity: water brought this very concept to life as charity: water launched its September campaign at the INBOUND conference, with the goal of bringing clean water to 100 villages in Orissa, India. While everyone should care about the world water crisis given its implications for women’s equality, global health, and sanitation, people are hyperconnected, busy, and often have many demands for their time, energy, and donations. So charity: water has disrupted the nonprofit model by allowing donors to truly connect with the beneficiaries of their generosity, leveraging storytelling to put a face and name to their efforts globally.

Dharmesh and Brian’s joint keynote featured some exciting product announcements, but it also echoed the fundamental premise of the inbound experience, which is that “interrupting instead of interacting, coercing instead of connecting, and distracting instead of delighting” simply doesn’t work any longer. Instead of thinking of your customers as a massive sea of nameless faces, consider the humanity of the individuals who purchase your product, service, or idea, and build, create, collaborate, and connect with them as human beings, not as prospects.

Arianna Huffington echoed this refrain, telling the audience that “humanity and generosity are paramount as times are more uncertain and turbulent.” Moreover, she noted that “inbound means looking into yourself, as well. Our lives are so outbound at the moment, we need to make them more inbound.” To illustrate this principle, she noted Plotinus’s concept that knowledge has three degrees -- opinion, science, and illumination. Illumination comes from information and storytelling that truly resonates with human beings, and the internet has facilitated those human interactions with massive scale.

Nate Silver, long known for his proficiency with predictions, surprised some audience members by noting that “certainty can be the end of progress” and quoted scientist Piet Hein’s poem: “the road to wisdom? Well it’s plain and simple to express: err and err and err again, but less and less and less.”

Testing, learning, and applying that knowledge is paramount in inbound marketing, as best in class marketers aren’t afraid to try new tactics, measure the response and impact, and improve upon their tactics the next time around. For those of us listening, it was an important reminder (from a statistician, nonetheless!) that continuing to expand your horizons, grow, and improve is not just critical for personal and professional fulfillment, but also to deliver upon your promise to your prospects, customers, and leads. In statistical analysis as in marketing, the key is understanding what you truly know -- experimenting, and improving each time you do so.

Silver’s talk paralleled Seth Godin’s assertion that “if failure is not an option, neither is success. The guy who created the ship also created the shipwreck.” The businesses we remember, connect to, and advocate for are those who push boundaries, stand out from the pack, and have the guts and the tools to depart from the average.

The Unexpected and Inspirational

INBOUND brought us some highly unexpected moments, too. Arianna Huffington suggested that her talk should have been titled “From Politics to the Boardroom to the Bedroom: Fearless Leadership.” Amidst some murmurs from the crowd, she shared how doubling down on sleep has transformed her life, and how she’s made her bedroom a device-free zone to improve how she feels and performs every day, encouraging her team to do the same. Instead of telling people to do more, she encouraged all of us to rest more, and to be diligent about what we choose NOT to do as ardently as we choose what to do.

The conference also brought us incredible inspiration. Watching the charity: water September campaign video, it’s impossible not to look at what Gram Vikas is doing in India and be humbled by the organization’s commitment to leveraging water to fight social inequality. Dharmesh’s discussion of the Inbound Experience forced all of us to consider reimagining the complete customer experience to not only be more human, but also more awesome.

And finally, the conference brought us the opportunity to connect. We honored exceptional agency partners who are transforming the way marketing is done worldwide. We celebrated Kathy Sierra’s brave return to the blogosphere, were humbled by the presence and innovation of customers, entrepreneurs, and thought leaders alike, and watched as over 5,000 people connected, collaborated, and celebrated the arrival of a more human way to market. To our keynote speakers, thank you for your wisdom and insight. To our employees, thank you for creating a remarkable INBOUND experience. And most importantly, to all of our attendees, customers, and partners, thank you for making INBOUND what we always wanted it to be: deeply remarkable. And for that, we thank you.