How to Use & Promote Inclusive Language at Your Organization 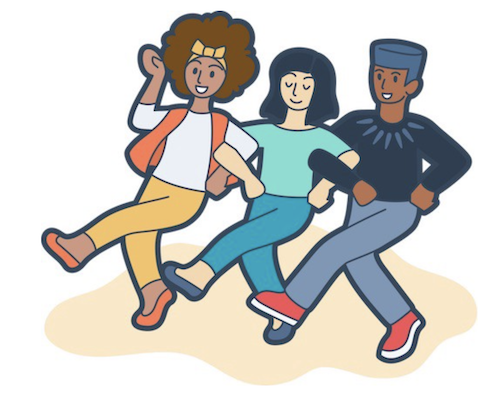 Unknowingly, we carry our own implicit biases with us every day, even as we attempt to make casual conversation.

For instance, your coworker might say, "Sorry I missed the meeting — my doctor was incredibly late to our appointment."

Without thinking, maybe you respond, "Oh! I'm sure he had a good reason though, right?" After a pause, perhaps you recognize your mistake — Oh wait … why did I assume the doctor is a man?

Language has the ability to build relationships and forge connections, but it's equally liable for creating barriers and impacting someone's sense of belonging.

And feeling like you're able to bring your authentic self to work is undeniably critical. In fact, a sense of belonging can lead to greater retention rates and even result in higher customer satisfaction.

Additionally, if your employees feel like they belong, they're more likely to be engaged and motivated at work, and you'll spark higher levels of psychological safety.

But, all that aside, it's easier said than done. Creating inclusive content, and even having workplace conversations devoid of exclusive language, means fighting hardened habits and biases you likely don't always recognize you carry.

Here, we'll explore what inclusive language is, and provide examples, to ensure you create a more inclusive workplace environment and more inclusive marketing material in 2020 and beyond.

What is inclusive language?

Inclusive language avoids biases, slang, or expressions that discriminate against groups of people based on race, gender, or socioeconomic status. Inclusive language allows you to resonate with more audiences by speaking and writing in more impartial ways.

To explore how you might promote inclusive language at your organization, I spoke with some experts at HubSpot who have first-hand knowledge of incorporating inclusive language into their processes, products, and overall team culture.

For instance, Hannah Fleishman, who led the charge on updating HubSpot's Careers website to be more inclusive, told me, "Language has a big impact on our sense of belonging in the workplace. The challenge is, language is nuanced. The changes we should consider making to how we talk and write are often subtle."

Melissa Obleada, Diversity & Inclusion Program Manager at HubSpot, echoes this thought, mentioning, "Many of us don't realize that our language has additional meaning hidden between the lines. Certain words can imply a certain age, gender, educational background, social class, and so much more. We see this a lot in the ways many folks write job descriptions."

Consider, for instance, the last time you were in a meeting and a leader said, "Okay, guys, let's get started" — do you think that automatically made female colleagues feel a little less-welcomed than their male peers? Would it have been better if he'd said "ya'll" or "everyone"?

Beth Dunn, UX Operations Lead at HubSpot, wrote a Medium piece on the topic of instilling a human voice in product content, and writes, "Try not to present the privileged, tech-savvy, wealthy, able-bodied, white, cisgendered, anglo-centric male experience as 'standard' and everything else as 'other' or 'diverse.' Seek ways to place the 'other' in the center of things instead."

Additionally, Dunn told me, "What's great is that the English language is such a flexible, expressive language, so there are all sorts of ways to say what you need to say without indicating anything that might be exclusive. It just takes a little imagination, empathy, and practice, that's all."

Fleishman suggests, "Try to avoid writing job descriptions with unattainable requirements. Using more inclusive language can be like building a new muscle; you need to get in the habit of recognizing nuances and asking yourself if what you're saying, or writing, is accessible for everyone."

Obleada adds that it's not just job descriptions that you should edit for inclusivity — it's all communication, whether through email, Slack, text, Facebook, or in-person: "When it comes to implementing inclusive language, it takes practice to shift your typical ways of speaking and writing."

To monitor whether your communication is exclusive towards certain groups, you'll want to take a look at resources and tools online. For instance, Textio is an augmented writing tool that identifies whether you're using gendered language in your writing, or words with a strong feminine or masculine association. This can be undeniably helpful for both job descriptions and even emails to colleagues.

Additionally, you might consider taking a look at the Conscious Style Guide, a resource on conscious language that breaks down exclusive language into categories, including age and disability.

Finally, to identify your own implicit biases, try taking a Hidden Bias Test, like this one created by Psychologists at Harvard, the University of Virginia, and the University of Washington, to uncover how your biases might be inhibiting you from expressing yourself more inclusively.

If this all sounds like a lot of work to you, it's important to note — this isn't just about creating a more inclusive environment at work. It's also critical for your company's bottom line, particularly if you work for a global company or plan to expand your offerings to other regions in the future.

Melissa Obleada, Diversity & Inclusion Program Manager at HubSpot, explains it like this: "For some, writing and speaking inclusively may feel like a restrictive set of rules, hindering instead of helping us. In reality, it's just the opposite."

"Inclusive language opens up and amplifies your message to more people, making your blog post, job description, or website copy more accessible than before."

Fleishman told me, "Acronyms have become part of most companies' vocabulary, but they can be alienating for new employees, candidates, or global teams."

I personally remember how frustrated I felt when I first joined my team at HubSpot and everyone kept saying "TL;DR" in meetings. I was too embarrassed to ask what it meant. I finally Googled the term, but in the interim, the acronym made me feel separate from the larger group.

While this is a small and innocent example, there might be bigger acronyms you use every day within your team that continue to alienate new members, or employees from other teams. And if your company does choose to use certain acronyms (like, in HubSpot's case, H.E.A.R.T.), make sure you explain what it means during an employees' on-boarding process.

2. Use plain language in your writing rather than expressions or jargon.

Many of us use cultural expressions every day. For instance, I often say "It's just a ballpark figure" or "it should be a piece of cake" without pausing to consider whether the listener knows or has heard the term before.

Of course, this can be incredibly confusing towards a large majority of the world. If your company has global offices, or works with customers from across the globe, "common" expressions can pose a major deterrent towards clear communication.

For instance, in Dunn's Medium article, she writes "We also avoid using metaphors (visual and written) that are specific to just one culture or class. So for instance, we avoid using phrases like 'knock it out of the park' or 'hit a home run', even though these phrases are pretty common in North America, because they’re just not going to resonate outside of the U.S. Not because people will be offended by a reference to baseball, but because they won’t be as familiar, so the meaning won’t be as clear."

As marketers, we're exceptional storytellers. Sometimes, however, whether you're talking offhandedly with a colleague or delivering a pitch, you might get caught up in using pronouns to unintentionally support stereotypes.

For instance, let's say you're giving a pitch and you say, "We've found through analysis that our readers are typically in a VP position or higher, which is why we believe we should lean into LinkedIn as a strategy in 2020. For instance, let's say our reader needs to deliver a presentation. He might turn to our blog ahead of time, but more likely, he'll turn to LinkedIn first."

Your fictitious VP-level reader doesn't need to be "male" or "female" -- why not call them by the non-gendered pronoun "they", "them", or "their"? Your point can still be made, and you won't alienate people on your team who feel hurt you've made an assumption that leaders are likely male.

4. Ensure your company's designs or images reflect a diverse group of people.

When potential customers take a look at your website, you want them to see people (or figures) that look like them.

Simultaneously, you want potential new hires to see themselves reflected, as well.

Otherwise, you're likely missing out on both potential customers, and future employees for your company. 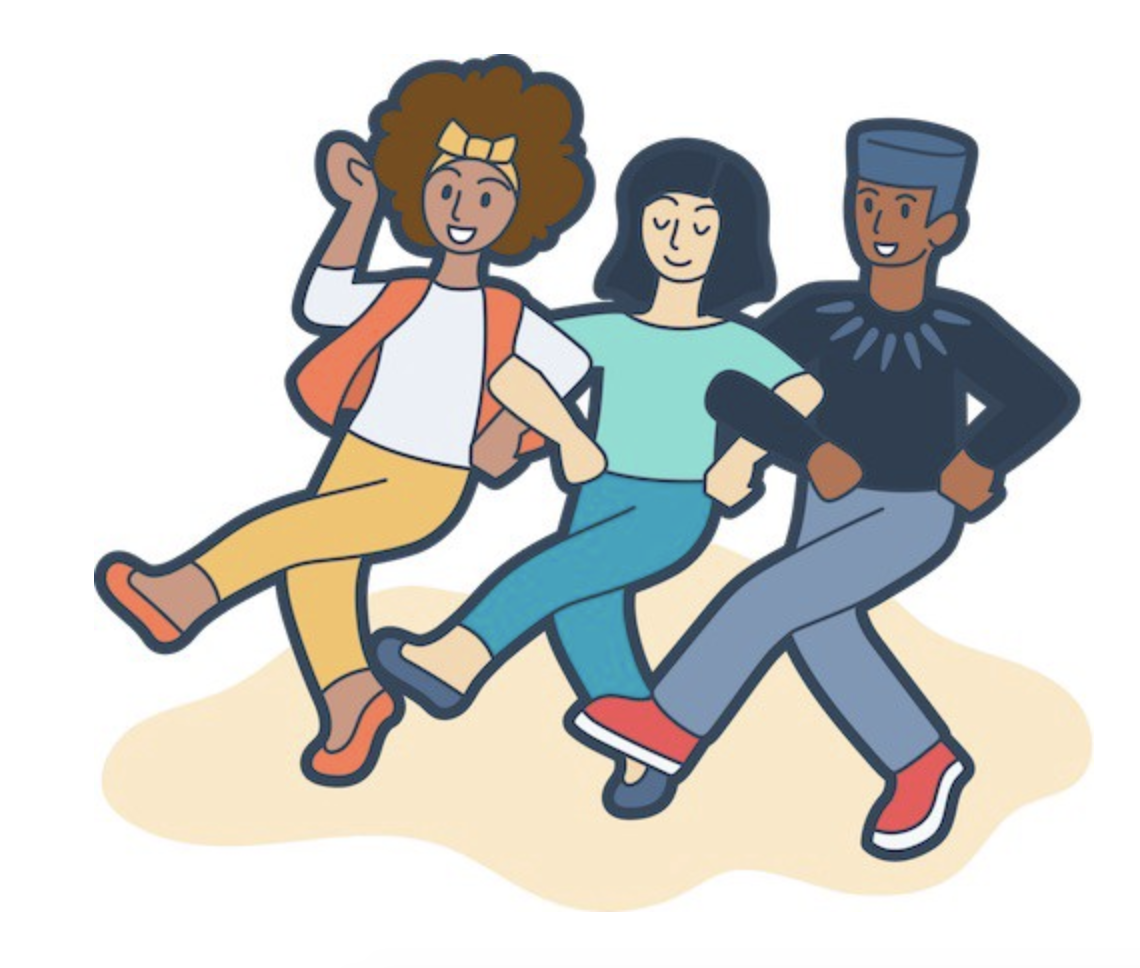 In her Medium post, Dunn writes, "Our product illustrators try to ensure that the people we represent in illustrations are diverse in appearance, and that these different types of people are represented doing many different things (for instance, a person of color doing the talking while others listen, a woman in a wheelchair at an executive desk, etc.)."

As you scale as a company, you want to ensure your marketing materials reflect as many groups of people as possible — otherwise, you're unintentionally sending messages to people who don't see themselves in your content that your brand "isn't quite right for them."

5. When speaking to colleagues about family, use gender-neutral labels for family members.

Obleada told me, "Inclusive language has a real impact on how 'themselves' folks feel they can be in a given space. As a queer woman, it makes me cringe when folks ask me about a boyfriend. Intentionally using gender neutral titles — parent, spouse, partner, child, etc. — when speaking about your or others' families can make a big difference in how comfortable someone may feel."

Rather than making assumptions, approach conversations with colleagues using gender neutral titles. For instance, it's better to use "parent" or "guardian" when making conversation with a colleague, since "mom" or "dad" excludes family structures such as grandparents as caregivers, same-sex parents, etc.

6. When in doubt, ask individuals which pronouns they prefer (but make it clear they can choose not to identify, as well).

For instance, person-first language (i.e. "people with autism") was introduced because many feel it's dehumanizing to put the disability or gender orientation first, as it seems to define the individual.

(For more information on person-first or identity-first, take a look at this article by the Autistic Self Advocacy Network.)

It's critical you avoid applying hard-and-fast rules to all individuals, since these preferences are incredibly personal. You might consider asking them what they prefer, or offering up your own preferred pronouns to create a safe space for them to do the same — but only if they feel comfortable doing so. (To learn more about etiquette when it comes to asking pronoun preference, take a look at Gender Neutral Pronouns: What They Are & How to Use Them.)

Ultimately, it's important to remember none of us will get it "perfect" 100% of the time, but admitting when you've made mistakes and consistently working to communicate more inclusively are two major steps towards creating a more unified workforce, and creating deeper connections with your customers.

Remember — inclusive language is about widening your message and allowing it to resonate with as many people as possible, so it's critical for your business's bottom-line that you do everything you can to communicate more inclusively every day.

20 Nerdy Valentine's Day Gifts for the Marketer in Your Life

17 Last-Minute Gift Ideas for the Marketer in Your Life