Is Interactive Video the Next Big Thing? 3 Creative Examples from Brands 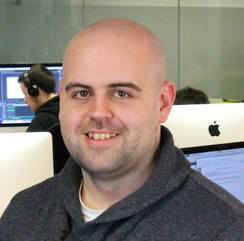 It's hardly a revelation to say that online video content is phenomenally popular. Millions of words have been written on the subject, and millions more will no doubt follow.

But one of the great things about marketers is that we're always looking for what's next. We know that it's not enough to rest on our laurels, or rely on things that have worked in the past.

And when it comes to what's next for video -- I believe something is happening that we should all be feeling extremely excited about. Because, quite simply, it could enable us all to take video marketing to the next level all over again.

Is Interactive Video the Next Big Thing?

Some fairly obvious characteristics have made video the web's most engaging media type when compared to text, images and combinations thereof. It's the perfect blend of audio and visual elements, drilled down into bite-sized chunks that appeal to the modern viewers' desire for immediate understanding.

But that's not to say it's quite the perfect storytelling device. It's close, but falls down in one simple area: when it comes to interacting with video content, users have only really been able to play, pause, rewind and fast-forward.

Interactive video changes that. In a nutshell, this emerging technology combines video content with user input -- allowing viewers to take a wide range of actions while watching video content.

They can click areas of the screen to define their own journey, answer questions, complete forms, buy products, download content and more -- often without leaving the player window.

That's a pretty broad definition and maybe not the easiest concept to visualize -- so let's take a look at some real-world examples.

We created the below example to explain the general idea behind interactive video and demonstrate a few possible use cases:

Now that we have a general understanding of what interactive video is and what it's capable of, let's take a look at some examples used by real brands.

Ever seen the 2015 movie Focus starring Will Smith and Margot Robbie?  The guys at Warner Bros rolled out  a clever interactive video campaign to build awareness pre-release.

In the movie, Will Smith plays a con-artist -- and the video lets the viewer make their own choices to see whether they have what it takes to pull off the perfect con.

Give it a shot and ask yourself: which would you be more likely to share with a friend? This gamified experience, or a traditional movie trailer? 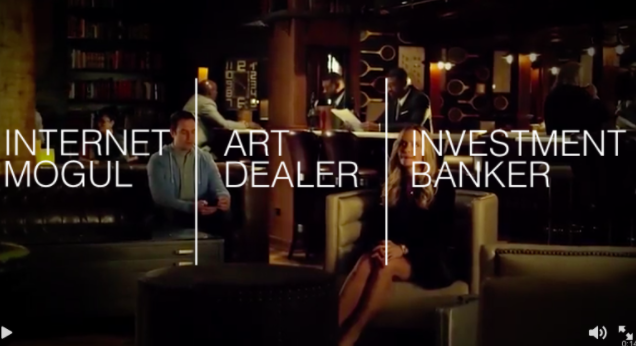 The next example was produced by the UK Resuscitation Council as an impactful way to educate viewers about safe, effective CPR. These are skills that we all hope we never need, but they could make the difference between life and death. It's reported that CPR can double the chances of survival in cases of out-of-hospital cardiac arrest.

Take a look at the video and just consider how much more impactful this campaign might be than a pamphlet or even a simple, linear instructional video. As the old proverb goes: “Tell me and I'll forget, show me and I might remember, involve me and I'll understand.”

Involving the viewer in the process of actually performing CPR in this way is much more visceral -- and it certainly imprinted the basics of CPR on my own mind, in a way that I can't imagine would be possible with other media types. 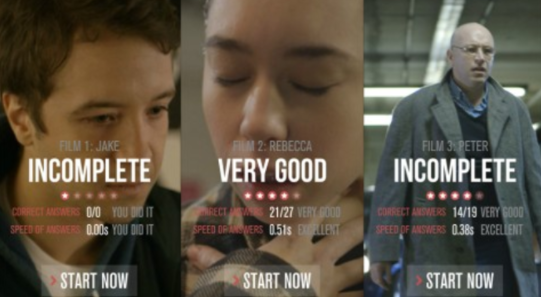 3) Deloitte | Will You Fit Into Deloitte?

Another, more business-focused example would be this gamified recruitment experience for Deloitte. Broadly speaking, the campaign aims to educate potential recruits about the Deloitte culture while allowing the viewer to evaluate their own suitability to work within that culture.

Recruitment videos can be a little dry and boring, so this is a nice way to infuse things with a little fun without going too far off-message.

Looking Ahead for Interactive Video

Like all new technology, interactive video might have started as a sort of "fringe" technology that seemed slightly intimidating, inaccessible and, most importantly, unaffordable. Now, that's slowly changing. Costs are falling, businesses are getting inspired and the technology is increasingly available and accessible, even for SME's and startups.

With all that said, adoption is far from widespread. Wyzowls state of video marketing survey 2017 suggests that, even among committed video marketers, adoption of interactive video is around the 24% mark. What's interesting, though, is that 92% of those who've tried it, reported that they've found interactive video to be an effective tool for their business.

There are lots of exciting things happening in the world of video marketing -- short-form, 360 and even VR -- but interactive video might just be the most exciting of all. We can't wait to see more brands serving up unique, interactive experiences to their customers as we all find out more about its potential for success.

How Video Consumption is Changing in 2020 [New Research]