Confessions of a Former Journalist: What I Learned From Becoming a Corporate Blogger 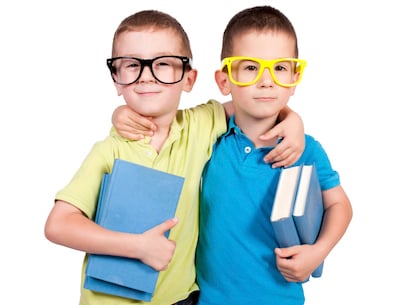 “She’s going to the dark side.” 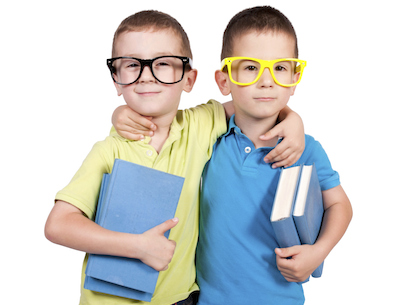 That’s what some of my former colleagues would say when a coworker announced she was leaving journalism to take on a content marketing role. It was always said jokingly, but the sentiment was clear: Journalism = virtuous; blogging = devious.

I made the jump myself a few months back, and I laughed along when I was on the receiving end of the inevitable comment. I knew it was good-natured, but I still couldn’t help but wonder ... are they right? Did I just sell out? Is my future that of a harried writer puppet, penning thinly veiled ads for a money-hungry corporation?

Thankfully, my worries were quickly quelled once I started at HubSpot. Rather than having to make a huge adjustment, I felt comfortable in my new role almost immediately. And instead of being mandated to write ad copy posing as real content, I was just writing … real content.

This led to an anticlimactic conclusion. Being a journalist vs. being a blogger? Not all that different. Writing, researching, editing, interviewing, networking -- yup, all skills turned out to be 100% transferable. Having now stood on both ends, the "dark" side is pretty much the same as the light one.

But while there are far many more similarities between the two job titles, there are still a few, notable differences. Here are the four discrepancies I've noticed most.

1) Journalism is to uncovering as blogging is to helping.

Investigative journalists often seek to publish stories that dig up the dirt on the commonplace, exposing the unknown nitty gritty. Their primary objective is uncovering the truth -- an indisputably idealistic pursuit.

While good bloggers should also be concerned with the truth, uncovering things isn’t necessary their driving motive. Instead, it's being helpful. What blog posts lack in exclusivity or depth compared to the average journalistic article, they make up for in practicality. In general, blogs are about helping people do something better; and therefore, it behooves posts to be more focused and explanatory than broad and exploratory.

2) Journalism is a three-speed bike; blogging is a ten-speed.

At least in my former journalist position, the pace was fairly predictable. I covered news stories from time to time, which required a quick turnaround -- but mostly, I was in the slow-but-steady game. This cadence was mainly due to the fact that I'd have to get multiple specific sources to speak for each story. Hunting for just the right people to talk ate up a lot of my time, but it was always worth it when I published a fully fleshed-out story.

In my (albeit brief) blogging career thus far, I've written some reporter-style articles that harken back to my journalism days, and these naturally take some time to piece together. But this isn't the only style of article I write -- I also produce data briefs, infographic posts, quick tips, and complied lists, among many others.

This makes the pace of blogging a lot more varied. Besides simply "faster" or "slower," the speed spectrum has expanded to include "one hour turnaround," "lightning-quick," "by the end of the year," and "whenever it's ready." I constantly have a wide range of fast, medium, and slow pieces on my plate, which makes each day less predictable (in an exciting way!).

3) Bloggers highlight experts' opinions and perspectives so readers can learn from them.

When I was a journalist, I was constantly advised to interview regular people in addition to, or sometimes even instead of, industry experts. Why? Because journalism is concerned with describing how things really are instead of how they should or will be. Industry experts know much more about a given subject than the average person, which skews their perception of what’s “normal.” Talking to a conference attendee rather than a speaker can provide a journalist with a gut check about the gap between things as they are and things as they could be.

But because blogging is more focused on helping people learn, talking with industry experts and thought leaders is often better than interviewing the average Joe. The reason is simple: Readers want to learn from and be more like those experts. Thought leaders shape industry trends and marshal in new processes, and the rest of us want to hop on the train. By including expert opinions in blog posts, readers gain tips for how to elevate their practices and get a glimpse into what they could be doing differently or better.

4) The writer’s point of view doesn’t have to disappear in a blog.

This was probably the biggest shift for me -- getting comfortable with writing “I” or “me" in a post. Journalists strive to be as impartial as possible. A good journalistic article should give no hint of the author’s opinion on the subject, and it's usually totally devoid of personal information, editorials aside. It’s important that the truth the journalist is putting forth in his or her writing isn’t clouded by any personal judgment or bias. Otherwise, how could their readers trust them?

However, since blogging isn't usually trying to expose something, it’s much more acceptable for the writer to insert his or her point of view in the piece. Some might argue that a personal touch is even preferable in a blog post. Helping -- the primary objective of a blog post -- is inherently more personal than uncovering. So, why not chime in and let your readers know how you feel? It’s certainly a little scary for journalists-turned-bloggers at first (it certainly was for me), but it gets to be second nature in no time.