How Kodak Picture-Perfectly Made Nostalgia and Emerging Tech Work Together 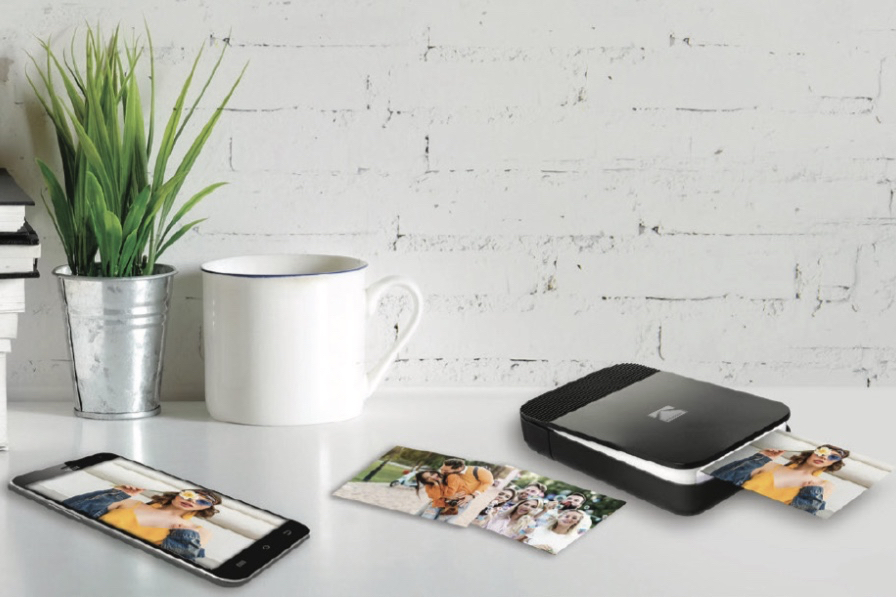 When you hear the name "Kodak," what comes to mind?

For me, it invokes a strong sense of childhood nostalgia: memories of the envy I felt of friends who had a classic Kodak instant-print camera at home, of the endless hours I spent begging my own parents to buy one, of the thrill that came with shaking a printed picture to make it develop faster -- and knowing that it would be minutes, not days, before I got to see how it turned out.

I grew up with the Kodak brand. And here at CES, after three days of watching various brands compete to be the newest, coolest, most cutting-edge names in tech -- the era in which a single-printed photo that would develop in a few minutes was considered "instant" today seems positively antiquated.

And yet, part of me misses it.

Sure, I enjoy the convenience of being able to immediately capture and edit portrait-quality photos on the same, pocket-fitted device that I also use to check email and make phone calls. But wouldn't it be cool if there was a way to combine both -- and merge the delightfully retro nature of a single-image photo printer with the instantaneous content-sharing apps to which we've grown so accustomed?

A Classic Camera for a Modern Market

Yes -- that would be very cool. And that's exactly what Kodak has done with its new line of products currently on display at CES 2019: namely, its new KODAK SMILE Classic Instant Print Digital Camera.

The KODAK SMILE Classic Camera combines different elements to merge together nostalgia with emerging technology. The look of the camera is reminiscent of those with which so many of us grew up, but the technology isn't. The image prints and develops instantly -- no shaking required. 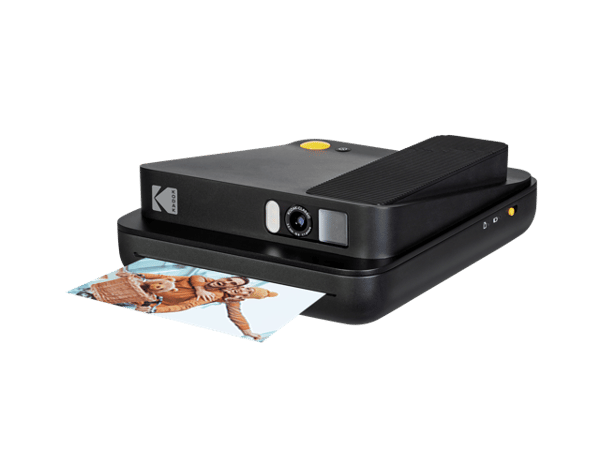 Plus, it works with the KODAK Instant Print Companion app, where images taken on the camera can be saved. Users can add filters, share them on social, and -- my personal favorite -- hover their phones over the printed image to created augmented reality (AR) effects.

The camera hasn't been officially released for public consumption, but is scheduled to officially launch in the summer of 2019 -- when it's expected to be available for purchase $150.

A Classic Brand for the Tech-Centric Present

We had a chance to take the KODAK SMILE Classic Camera for a spin at CES this week, and what seemed particularly striking was KODAK brand's evolution. To observe how a company that once filed for bankruptcy -- a heartbreaking moment for so many who grew up with its cameras, as the New York Times called it "the latest giant to falter in the face of advancing technology -- reversed course and has found a way to integrate the "old" with the "new."

The addition of AR effects and experiences is particularly resounding of that point -- and of how Kodak has found a way to note the popularity of items made popular by newer social media companies and how users engage with them the most, and found a way to make them work with a product for which, decades ago, the company became best-known.

But until it's available for purchase, check out the video below to see what we learned about the camera's features when we took it for a spin at CES -- and to hear more about the story of how the KODAK brand has evolved over many years.