LeBron James Goes to Cleveland ... How Did He Announce It This Time? 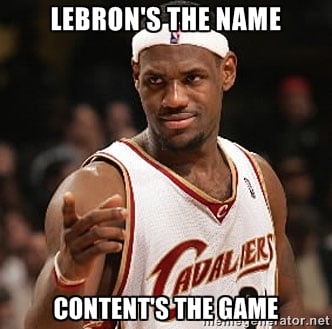 Unless you've been living under a rock for the last couple hours, you've likely heard that LeBron James is returning to the Cleveland Cavaliers. This is sad news for Miami Heat fans, but it's great news for inbound marketers. 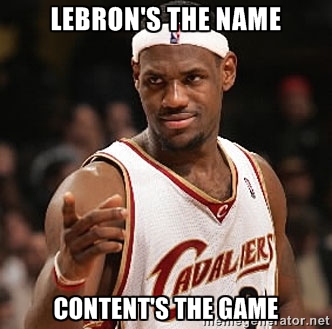 Why, you ask? Well, this time around, there was no big "Decision." There was no press conference. The news didn't leak. LeBron announced it himself with a blog post on Sports Illustrated's website. Now, in addition to being a two-time NBA champion, a two-time Finals MVP, and the League's MVP four times, LeBron is adding another important title to his resume: inbound marketer.

Here are three reasons why inbound marketing always gets the championship ring, regardless of which team you cheer for:

Without the Middle Man, You Shape the Message

Had LeBron held a press conference to announce his return to Cleveland, the chances that the line "In Northeast Ohio, nothing is given. Everything is earned." would end up in bright lights are low. Instead, the focus would have been on his controversial exit from Cleveland for Miami, his current relationship with Dan Gilbert, or on whether his departure was related to a tenuous relationship with Miami coach Erik Spoelstra. With an inbound approach, LeBron eliminated the middle man and told his own story. Will people interpret it? Of course. But there is no debating what he said or how he said it -- the story speaks for itself, in his own words.

The Decision took a lot of event planning, logistics, and preparation. While there is no question that coordinating with the SI editorial team and crafting the perfect blog entry took some effort, announcing his move in a single post allowed LeBron to focus more on basketball and less on back and forth with media outlets.

In his own words, "I'm not having a press conference or a party. After this, it's time to get back to work." Growing a business is hard (maybe not as hard as winning an NBA title, but depends on who you ask I guess), but taking an inbound approach allows you to focus more energy on building your business and telling your story, with less fanfare on details that don't impact your bottom line or your brand.

Anticipation Can Kill the Reveal

Before "The Decision," there was so much anticipation and so many potential leaks that the actual reveal felt anti-climactic (not to mention a lot of people were annoyed by the pomp and circumstance of it all). This time around, LeBron said his piece and dropped the mic. Twitter responded by going absolutely insane (evidence below), showing that great content, a connected audience, and social media can have far greater reach than a more traditional approach to announcing news, as evidenced by the Tweets below:

ESPN (who didn't break the story, so they were fourteen minutes behind while a talented designer created the graphic below) was rewarded with more than 27,000 retweets in under thirty minutes: 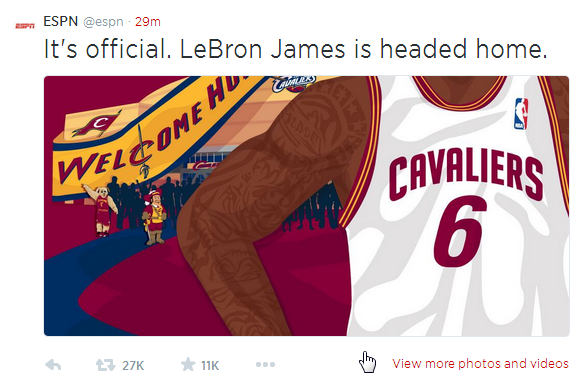 And for good measure, here are some good outtakes from Twitter conversations:

A Cleveland low blow from a Jimmy Fallon writer:

And Lauren Goode of ReCode with a riff on how most tech folks might think about announcing similar news:

Regardless of who you cheer for, LeBron's tactic to announce his big move is sure to be a hot topic of conversation for many days and months to come. While those conversations continue, we have just one thing to say, which is: Welcome to inbound, King James.