LinkedIn Now Testing Facebook-Style Mentions, and Other Marketing Stories of the Week 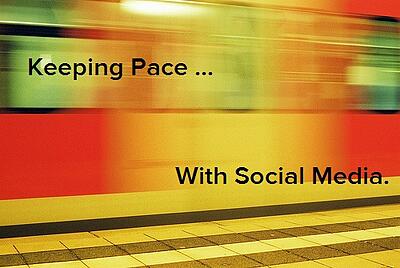 There are so many changes in the world of marketing that it feels almost impossible to keep up. Well, some big players in social media and marketing have been making moves that are hard to ignore. In fact, nary a week goes by your favorite social networks aren't sprinting to release something new. This week is no different. 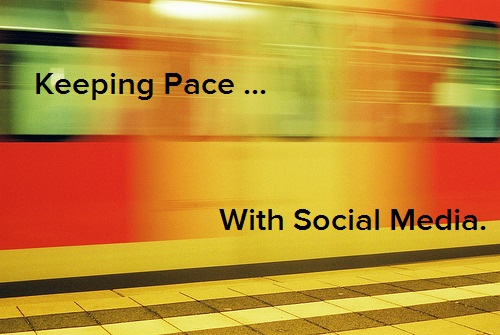 So we have a number of great stories that will fill you in on the latest updates, features, and changes in social marketing this week. Enjoy.

LinkedIn Is Rolling Out Facebook-Style Linked Mentions of People and Companies in Status Updates, From The Next Web

It looks like the professional social network has gotten just a bit more social. LinkedIn has confirmed that it will be testing a new feature to add Facebook-style mentions of people and companies in status updates and conversations throughout LinkedIn. This new feature adds a link to the person or company mentioned, and sends a notification to that account about their most recent interaction. Just like it would with Twitter or Facebook, when you begin to mention a name or company, a drop-down menu appears with your options.

For marketers that have been using Facebook and Twitter to actively engage with their audience, this LinkedIn feature will be an amazing new tool. Reaching out to professionals and companies could not be easier. Engaging people on LinkedIn has always been a bit trickier than with the other social networks, but this should jump-start some more social conversations on the professional network. Read more at The Next Web.

For those of you unfamiliar with Google Places, it’s a feature that allows marketers to manage the information that appears in Google searches related to their local business. Google will be rolling out a new look and new features to make that experience even more seamless for business owners. The design will align much closer with Google’s current look and feel, and business owners will be able to use separate tabs for Google+, AdWords, and Offers.

Local businesses that haven't made use of Google Places should seriously consider making the move. With its new features and deeper integration with other Google products, the reach of this tool has been drastically expanded. Google is even promising faster updates on data, analytics, and more. For more information, check out the article on Search Engine Land.

Free Ebook: How HubSpot Does Inbound: Creating a Content Machine

Ever wonder how some inbound marketers create so much darn content? We get the question all the time -- how do you keep cranking out content? Well, we figured it was time to answer it. We reveal all the answers that lie behind HubSpot’s content creation machine in our latest ebook, How HubSpot Does Inbound: Creating a Content Machine. Learn how to create a content culture, refine your content creation process, and practical tips for making content easier. Download your free ebook today.

Many of us know the Twitterverse as a place for links, witty updates, hashtags, and the occasional image. But with many other social networks stepping up their game to deliver more visually stunning experiences, Twitter’s look and feel has fallen a bit behind. Well, it looks like Twitter is still fighting its way to the top of the visual content ladder with three new additions to its Twitter Cards. I’m sure some of you have come across these Twitter Cards before, but with only a few types of them available, they don’t really dominate the Twittersphere.

Although Twitter plans to have hundreds of different card types in the future, we’ll have to settle with these three new additions. The first is the new App card, which gives developers the ability to show app information such as price, rating, and description from the App Store or Google Play. The second new card is the Gallery Card, which lets users show up to four smaller images as a preview of a larger photo gallery. And the third new card is the Product Card, which will allow merchants to embed product details right inside a tweet. They can use a photo, description, and up to two additional aspects of the merchant’s choosing. To learn more about Twitter cards, check out the coverage over on Marketing Land.

Nuance Voice Ads Can Talk With You, Ask You Questions and ID Your Gender, From Huffington Post

Nuance has announced what seems to be a major step in the "creepy" direction. Nuance’s new Voice Ads will allow consumers to carry on spoken conversations with mobile advertisements. Pretty crazy stuff.

For marketers, the biggest challenge many of us face is finding new ways to interact with our audience. Nuance’s Voice Ad uses its voice recognition technology to interact directly with the consumer. It can even distinguish their gender and tailor its ad copy to either women or men, in real time. This opens up a whole new level of ad targeting and consumer interaction that we have yet to see in the wild. Nuance says that the new Voice Ads could even be used to collect survey data.

This is definitely a “different” direction for mobile advertising, but maybe it’s the future. We’ll have to see whether or not people start talking to their phones about the latest deals on deodorant or cat food. Read more at the Huffington Post.

Just a week after launching its comment replies feature, Facebook has announced a new API that will help brands monitor and respond to these new comments. This new API actually helps sift through all the noise. With the new API, users will be able to set up different comment “views” on posts. The first view is called the “top level comments,” which are normal comments that are not replies to individual comments. The second view is “replies,” which are comments responding to other comments. The third view is “comment streams,” which shows both top-level comments and replies on a single stream, in chronological order. This new API should be very helpful to marketers looking to boost engagement and stay on top of their comments. Read more at Mashable.

What were your favorite social media stories this week? Share your news in the comments!