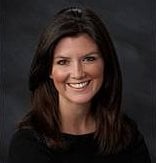 My second job out of college was with an incredible startup political agency called the Glover Park Group. It's now a much larger and more successful agency, but at the time it was just a tiny company with a huge vision.

I got the job because a woman my mother used to babysit for growing up was friends with one of the partners of the firm in New York. I was en route from a work trip at the Denver Airport when I received a call from her that'd end up changing my career path ... and my life.

The job gave me a passion for working alongside scrappy, smart people, taught me how to tell a compelling story, and introduced me to some dear life-long friends. And I have one woman's network to thank for it all -- a network that likely took her a lot of time and energy to build.

The lesson? Well, this one connection taught me that casting a wider, more open network can unlock opportunities you may not even know exist from your current vantage point. And that networking is an unparalleled skill for people -- both young and old -- to have.

So to help you hone your own networking abilities, check out the ten tips below. (You can send us a cut of your raise and promotion later.)

HubSpot’s co-founder and CTO, Dharmesh Shah, has an expression I come back to every time I think about networking: the notion of being shockingly helpful.

Starting here will fundamentally help you rethink how you network. If you start with the intention of meaningfully helping 10 people in a month, your bar for who you reach out to and the value you offer goes up, as does the quality of the potential interaction.

Start with a list of who you can help in your immediate network, and once you’ve warmed up your shockingly helpful muscles, expand your network each week. Doing so will pay significant dividends over time.

One of the challenges with the very nature of networks is that we are all inclined to self-select based on our interests and existing habits. But doing the same things to network will give you the exact same results.

To combat this, try playing Eventbrite Roulette. Search for events happening in your area in the upcoming week and attend the third event that shows up on the page (or pick your lucky number as you see fit). If you’re the more traditional sort, look at the events board at your local coffee shop or library and attend the event that represents the furthest possible departure from your current comfort zone.

Whatever you do, resolve to go, enjoy the new experience, and say hello to five new people. Sometimes the act of attending an event you wouldn’t typically otherwise gravitate to will start to open your eyes and habits to new connections and creativity you might otherwise miss.

3) Shake up your social networks.

If you look at a scatter plot of your connections on Twitter, Instagram, Facebook, and LinkedIn, chances are your network lines up roughly to past jobs you have had, schools you have attended, and places you have lived.

It's safe to say that our social networks have a significant impact on the content we consume and share on a regular basis. That said, the constraints of your existing network often create a virtuous closed loop.

Resolve to follow ten new people on Twitter and LinkedIn this week. But instead of taking the algorithm-suggested options, identify a few people who are experts in things you know nothing about. Just the act of following them will help open up your perspective and likely lead you to some adjacent people worth learning from as well.

Mark Granovetter’s research on the power of weak ties revealed that a vast majority of people got their jobs through people they occasionally or rarely see -- dating back to as early as 1973. While job hunting has changed significantly since 1973, the importance of passive connections has not: it’s rare that your best friend will refer you to your next job, but much more likely that an old classmate, neighbor, or friend of a friend will.

Given that, set a reminder in your calendar weekly to reach out to someone you haven’t spoken to in six months. Your outreach could be a simple hello or an invitation to coffee, but I typically find that leads to transactional emails and delayed or often canceled plans. Another -- perhaps more effective -- strategy? Ask folks about the best thing they have read or listened to lately. Doing so is friendly, flattering, and frankly not as boring as typical professional correspondence.

I’m amazed at how many people spend events they attend entirely with people they know. After all, the whole point of leaving your office should be to meet people or learn things you might not otherwise. To ensure you always make the most of it, approach every event you attend with a plan.

To get started, search the event agenda and hashtag to identify people you’d like to meet who are attending or speaking and challenge yourself to connect with each of them. Instead of joining the packed crowds of people talking to speakers after they conclude, set up time to talk to speakers a few hours before they go on stage. Can't snag time with them? Go the "shockingly helpful" route and create compelling blogs about their talks to help spread their message and insights more broadly.

As humans, we collectively resist uncertainty and change. If you vaguely suggest a group outing with a bunch of people who don’t know each other well to hang out, chances are you’ll end up making plans for sometime next year.

Instead, choose an activity that is reasonably inexpensive and fun, then pick a date and time to do it. Send a personalized invite to five people to join you, none of whom have met prior to the outing, and make it clear that the purpose of the evening is to have fun and meet new people.

Chances are, you’ll find a group who never would have thought to go oyster shucking, photo walking, or art gallery gazing on their own, but who are super grateful that you put it together. In addition to planning a fun night, send an email thanking everyone after so that your loose connections get the benefit of each other’s networks as well.

In her book, Why Not Me?, Mindy Kaling suggests that you “make a list of the people you think would make the greatest mentors and try to get close enough to steal their Wi-Fi.”

While her approach is tongue in cheek, most of us have people we admire from afar for their smarts, insight, or ambition ... but we never approach them.

If you’re in this boat, I recommend checking out Jia Jiang for inspiration. Based on his experience facing rejection first hand, Jiang warns that fear or rejection leads people to ultimately say no to themselves. Don’t let the obstacle to building a large open network be your own fear or rejection. Instead, create an ambitious list of people you want to learn from and identify creative ways to make it happen.

Most often, people forget to network until external signals suggest they do so. For example, when a speech ends, we crowd the speaker to make an introduction, and then reach out on LinkedIn shortly thereafter. Or, when someone gets a new high-powered job at a great company, we send a congratulations text message. While all of these things are well and good, they rarely open up new channels or streams of communications simply because they transpire en masse.

My dad took this idea to heart early on: Rather than sending out holiday cards that'll likely get lost in a pile, he sends St. Patrick’s Day cards instead. The lesson? Identify one creative way to take the networking road less traveled and seize the opportunity to meaningfully engage with someone new. You’ll stand out from the pack and increase your likelihood of success in the process.

If you’re like most busy people, your calendar is packed with obligations and transactions. If you have time blocked for networking, chances are it’s for a specific purpose, such as an active job hunt.

Instead of waiting for serendipity to bring new people to you, put an hour on your calendar each week specifically focused on expanding your network. Ask a friend who the most interesting person they know is and go meet them. Email a blog author whose content you love with a specific comment or question about his or her work. Reconnect with an old colleague whose work you always admired. Sometimes these conversations will lead nowhere, but many will generate new ideas, connections, and creativity, so it’s worth the break in the action from your usual busy day.

Using people’s passions as an entry point to learn from them is far more likely to stick than a standard request for more information about their company or career. With this in mind, channel your inner journalist and generate questions that unleash what people know or love about a subject you know very little about.

I once connected with a reporter I wanted to chat with by citing a Mighty Ducks quote deep in his Twitter stream (Emilio Estevez helps in any networking conversation, by the way). I also made one of my best friends in Manhattan by talking to her parents about Ohio State football. The lesson? These jumping off points go beyond standard small talk about weather and politics, and help you uncover more interesting stories and takeaways from people.

Ready to Get Started?

Large, open networks have the power to create countless opportunities for connection, career growth, creativity, and collaboration. Yet most people put off networking because they view it as arduous or a waste of time.

I think it's just the opposite. And after hearing my story, I'd hope you're with me.

In the words of Sonia Sotomayor, "To succeed in this world you have to be known to people." You never know who will change your career or life the most, and it's never too late to get started. So what are you waiting for?

What's the best networking advice you've ever received? Share you thoughts below.