Amazon Says It Won't Build an HQ in New York, After All. Here's What That Means. 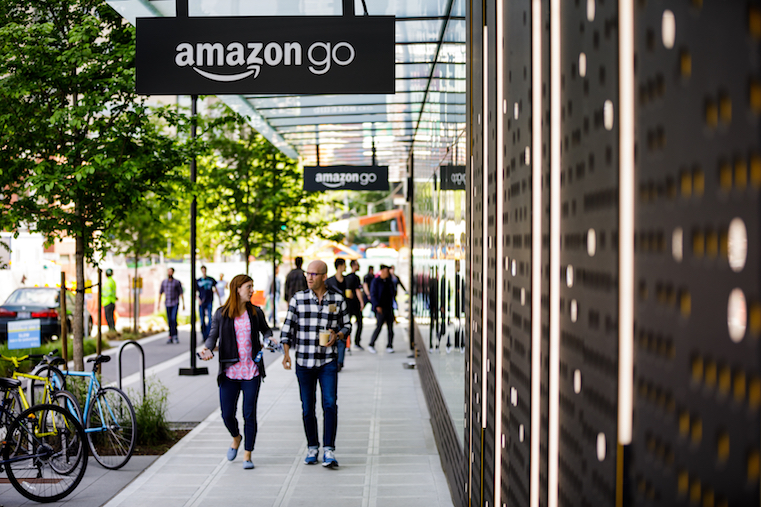 When Amazon announced it would be pursuing plans to open a second headquarters -- and a new location to call it home -- it set into motion a series of events that could be likened to a most ruthless chase to nab the most popular prom date in school.

In this case, of course, the role of prom court holder was the ecommerce giant Amazon -- and its suitors, over 238 cities that submitted bids to house the company's second headquarters, which came to be informally known as "HQ2."

That list was eventually narrowed down to 20 contenders and, then -- about a year later -- the two winners were announced. HQ2 would be located in not one, but two cities: Crystal City, VA (a suburb of Washington, DC, where Amazon CEO Jeff Bezos is also known for his role as owner of the Washington Post) and New York City Borough Queens (more specifically, its Long Island City neighborhood).

But today, that all changed, when Amazon announced that it would be cancelling its plans to open an HQ2 location in Long Island City.

"While polls show that 70% of New Yorkers support our plans and investment, a number of state and local politicians have made it clear that they oppose our presence," Amazon's official statement on the decision reads, "and will not work with us to build the type of relationships that are required to go forward with the project we and many others envisioned in Long Island City."

Here's a look back on that response -- and the broader context of Amazon's latest announcement.

The Big Divide in the Big Apple

At first, it appeared that  New York elected officials were thrilled with Amazon's selection of Long Island City as one of its HQ2 locations.

"Welcome to Queens, #HQ2," wrote New York City Mayor Bill de Blasio in a tweet on the day of the initial announcement.

But replies to that tweet were rife with disapproval of the decision -- ranging from "NOPE, NYC doesn’t want this," to more detailed responses on its broader economic implications, as well as the impact on local residents.

Someone needs to explain to NYC taxpayers why we're being forced to subsidize the corporation led by the richest man in the world & pay to push out long-time Queens residents without any legislative process.

According to a report from the New York City Department of Health, 19% of Long Island City residents live below the poverty line, ranking it at #32 in the U.S. And while Amazon promised that its opening of HQ2 would create jobs numbering the tens of thousands, it wasn't clear if those jobs would be filled by or benefit members of the community -- or if they were meant to draw higher-earning tech talent from elsewhere.

Drawing in higher-earning residents -- such as the Amazon employees who reportedly purchased homes in Long Island City before the HQ2 locations were even announced -- tends to lead to a higher cost of living, posing the risk, in this case, of pricing out members of a community where the income gap was already significantly widening.

This prospect of income disparity seemed to be an issue at the forefront of local protest to Amazon's selection of Long Island City as an HQ2 location, with some elected officials suggested that the company would benefit more from the deal than the community itself would.

"Amazon has extorted New York from the start, and this seems to be their next effort to do just that," New York State Senator Michael N. Gianaris told the Washington Post (which, again, is owned by Amazon CEO Jeff Bezos). "If their view is, 'We won't come unless we get three billion of your dollars,' then they shouldn’t come."

In November 2018, when the HQ2 selection announcement was first made, News & Trends by HubSpot ran a survey of over 2,500 people across the U.S., UK, and Canada measure the general response to the news.

For every survey question posed, between 20-50% of respondents indicated that the question was the first they had heard of HQ2 at all. But among those who were familiar with the news, the sentiment was largely in Amazon's favor, with with about half answering that the impact will be beneficial in some way.

But generally, concerns of gentrification-by-way-of-expansion are not unfamiliar to Tech Giants like Amazon, as well as those concentrated in Silicon Valley (e.g., Facebook and Google).

In the latter region, concerns of damage to the local economy grew to the point where, according to the New York Times, San Francisco city supervisors proposed a ban on employee cafeterias in any new corporate buildings, "because engineers and coders apparently never leave work to patronize local restaurants."

What's possibly most striking about Amazon's reversed decision on this HQ2 location selection is the exceptionally adverse reaction the original announcement received.

After all, 2018 was a particularly rocky year for Big Tech, with multiple scandals plaguing Facebook and its peers -- a trend that seems to be continuing, to some extent, into 2019.

But despite these tumultuous events and the headlines surrounding them, the repercussions for most of the companies impacted was minimal, with most users reporting that they would not delete their Facebook accounts.

As David McCabe of Axios notes, for a company of Amazon's magnitude -- whose CEO was recently named the "richest man in modern history" -- to back down to public outcry is quite possibly "unlike any other local backlash to a tech giant."

This is stunning. The deal was built to withstand scrutiny. But one of the most valuable companies on the planet — founded by its richest resident — is folding rather than continue with a grassroots fight unlike any other local backlash to a tech giant. https://t.co/nsbSvXvSi0

In December, for instance, Google announced plans for a massive expansion in New York City -- including the construction of a new, 1.7 million square-foot campus -- which, when compared to Amazon's HQ2 selection, was met with almost disproportionately little coverage (and, it seems, an equal level of dispute).

What's more, Amazon doesn't appear to have any plans to push the issue any further. In addition to holding off on any dispute to the local backlash, the company says it won't pursue finding a different secondary HQ2 location -- and will simply proceed with its plans to build one in Crystal City.

"We are disappointed to have reached this conclusion," the company's statement read. "We love New York, its incomparable dynamism, people, and culture."

FAQ This! Why Should I Care About Amazon AI?