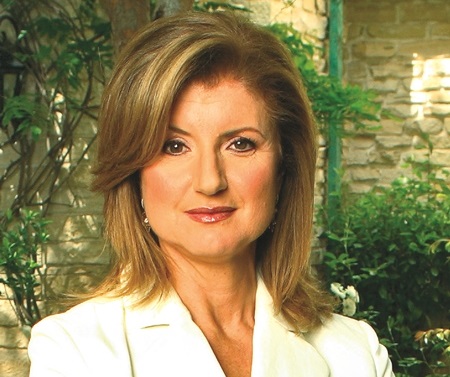 Well, that title pretty much says it all. We're thrilled to report that Arianna Huffington will be giving a keynote address at this year’s INBOUND conference in August.

But Arianna Huffington? Really? If you haven't taken advantage of our early bird pricing, now might be the time -- remember the sweet deal ends on July 1. Here's why we're so excited about Arianna's attendance and keynote address at INBOUND.

Back in the early days of Arianna's site, The Huffington Post, it was just a simple blog where Arianna and some of her friends would post items. People scoffed at the idea of this “socialite” playing at being a journalist.

They didn’t scoff for long. Because pretty soon it became clear that Huffington wasn’t playing around at anything. In a way she's the ultimate inbound story -- create great content and you'll draw people toward you. And unlike most mainstream media properties, the Huffington Post also realized early on the competitive advantage of having a great content management system. Its journalists and techies understood SEO better than anyone else in the business.

Through a combination of hard work, big brainpower, and incredible business savvy, Huffington turned her simple little blog into the internet’s first news powerhouse, a publication whose reach and influence rivals that of the New York Times and other top global news brands. It was acquired by AOL for $315 million. She's now president and editor-in-chief of Huffington Post Media Group, which is part of AOL.

The world had underestimated Arianna Huffington, and in doing so failed to realize that she "gets" the internet more than most people in the media business, and understands how readers have changed -- that people no longer want to be passive consumers of news, but also want to comment, interact, and create. “Self-expression is the new entertainment,” she wisely noted.

A Woman of Many Talents

In addition to building a huge internet media company, Huffington has authored a dozen books, on subjects ranging from art to music to politics; she’s hosted shows on radio and TV; and she’s even found time to do a voice for an animated comedy show.

She’s a powerhouse, a force of nature. Forbes named Huffington to its list of "Most Powerful Women in Media" this year, and she has twice been included on TIME's "Most Influential" list. Recently, Huffington also gave the commencement address at Smith College, where she spoke about "a third dimension of success."

At INBOUND Huffington is going to talk about fearless leadership and turning difficult times into opportunities for growth. I’m hoping she’ll also talk about media and the internet, but honestly, whatever she talks about I know I’ll be enthralled. There aren’t many people in the world that I can say that about. Trust me, you won’t want to miss her.