A PR campaign can have a long-lasting impact on your brand’s reputation and public image. But it must be well-planned. 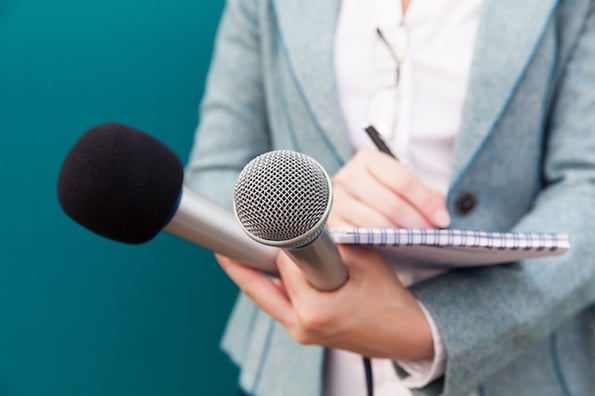 If done right, your PR campaign can attract national (and positive) media attention, boost sales drastically, and create a positive relationship between your company and the public for years to come. To help you reach these heights with your next PR campaign, we’ve compiled ten effective tips.

What Is a PR campaign?

A public relations campaign has a clear objective, such as raising awareness of a product, informing the public of company news, reaching a larger audience, or improving the brand’s reputation. It uses strategic messaging to communicate with one’s audience and successfully reach this objective.

Before Releasing Your Message

1. Set a Goal, its Limitations, and Metric of Success:

Once you’ve chosen a big-picture goal, narrow it down further -- for which product in particular do you want to boost sales? For what do you want your brand to be known? Take into account how big your budget is and whether there should be a deadline. By laying a campaign roadmap, you’re giving yourself a focused metric to measure your success.

Before you can choose how you want to deliver your PR message, you must decide who you want to receive it. Take the time to establish which customer persona you want this campaign to reach. For instance, if you're targeting families, you might want to create a campaign that expresses a family-first message, or demonstrates why the brand cares how its product affects loved ones.

Once you’ve decided on a target persona, you’ll want to choose your preferred platform for delivering your message -- for instance, does your ideal audience prefer TV or radio? A press release or a press conference? This information will help you strategize everything else.

No one says you can’t run a successful campaign on small news, like a company award, but your story must be interesting to the public. Luckily, every story has a creative angle. Look at it from the public’s point of view. Why should they care? If your business just won the award, “Best Cycle Studio in Brooklyn,” ask yourself what about this award is important to your customers. The right editorial hook is often what makes someone want to learn more. For example, “We Won Best Cycle Studio in Brooklyn, Beating Out Big-Names like Soul Cycle, Only 6-Months After Opening.”

If you want journalists to help you, you need to help them. Rather than writing a press release like a promotion, i.e. “Our New Phone Is Now Available,” write one with a strong news angle: “One Local Cell Phone Shop Hopes to Compete with Apple’s iPhone.” See the difference? The first press release option is really just an advertisement. The second option is a story. Include relevant quotes from employees or industry leaders, and include all the necessary information a journalist might need.

Once you’ve figured out your newsworthy angle, distribute to media publications that are relevant to your industry. You can even send the story to local TV or radio stations. It’s imperative you’ve done your research on media companies by visiting their website and seeing how much your industry influences the publication's news stream. Remember, media outlets don’t care that you’re opening a new Italian restaurant -- but they do care about an interesting story, like, “Convenient meals for large families is an untapped market in [this city], and a new Italian restaurant is heeding this demand.”

While this is a more long-term approach, you can certainly start building relationships with journalists during your campaign. Instead of sending your story to a generic news desk, identify the names of journalists who most often write about topics related to your industry. Email, call, or even try reaching out to specific reporters via their Twitter handle with your story, so you can begin building a long-term relationship with someone who might be willing to write about your company again in the future.

After Releasing Your Message

Once your story begins spreading throughout the media, it’s critical that you take advantage of the traction you’re getting for a long-term boost to your website’s domain authority.

First, check out Fresh Web Explorer and Google News -- with Google News, you can even set up an alert for your company so you don’t need to check the press manually. Whenever you see your company or campaign mentioned, send an email to the journalist who wrote the article, or the publication itself. Here’s what you can say:

I hope you're well. I've just finished reading one of your articles entitled [insert title here] -- an interesting and enjoyable read!

I've noticed during the article you mentioned [insert campaign or company name here]. I was wondering if you could add a link to [insert link here]. Hopefully this will give your readers additional information if they wish to research them further.

Let me know if you can help!

By phrasing this as a benefit to the publication’s readers, you’re giving the journalist a good incentive to add a link back to your site.

Similar to link building, asking media outlets who published your article to share it on their social channels is an effective method to attract a large audience to your campaign. For instance, if your story is picked up by Cosmopolitan, why not try to reach some of their 2.2 million Instagram followers?

Since social media moves fast, you’ll want to email a publication immediately when your story goes live to ask if their social media manager might be willing to share it while it’s still fresh.

If your campaign is successful, you’ll likely see an increase in visits to your website. Capitalize on this increased traffic by writing your own blog post, detailing the same information you wrote in your press release. This will enable your business to provide relevant information to people who want to learn more about your campaign and the services you provide.

Now, let’s take a look at some PR campaigns that crushed it using the steps above.

1. Burger King called attention to National Bullying Prevention Month by staging two different types of “bullying” and seeing which one bystanders cared more about. Check out this creative and moving analogy in the video below (full disclosure, I teared up a bit). It’s clear Burger King did its research on Bullying Prevention Month’s target audience, and delivered the campaign’s message on the platform best-suited for the high school demographic.

2. When a company makes brand changes, users often end up feeling frustrated, particularly when they don’t understand the reason for the change. When Airbnb launched its new “the Bélo” logo, some Airbnb’s users were critical of the change. To combat criticism, the company produced a video explaining the story behind the new logo, and even created a “custom experience” so Airbnb users could personalize their own Bélo logos.

To alleviate frustration further, Airbnb’s corporate CEO, Brian Chesky, sent a webinar to active users explaining the purpose behind the logo change. This is an effective strategy for building stronger relationships with an audience, who will likely support your brand more if they feel properly informed of big decisions. Plus, Airbnb turned their company news into a story that interested media outlets by affiliating the new logo with a bigger message.

3.AXA, a French multinational insurance firm, needed to spread awareness to Chinese parents that wearing seatbelts is necessary for their children’s safety. To do this, AXA produced a video and education program involving various schools throughout the country. Over six-months, more than 125,000 children and parents learned about seatbelt safety in one of these education programs. After the campaign, a study showed 77% positively linked AXA with the citizenship campaign, and consumers considering AXA insurance increased from 25% to 34%. See? PR can make money! This campaign exemplifies a PR strategy that established a goal, spreading seatbelt-safety awareness, and determined specific metrics to report its level of success.

5. In 2003, Dove chose to use real women in its advertisements rather than using stick-thin models to sell Dove products, and called its PR campaign, “Campaign for Real Beauty.” The brand produced the campaign with an advertisement featuring six ordinary women in their underwear-- which was unprecedented and thus a creative angle to take. The campaign helped Dove improve its brand reputation by drawing attention to their unprecedented ads, and boosted sales by 700%.