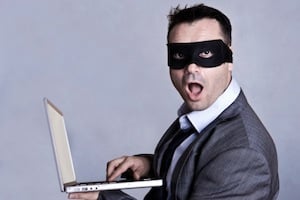 You've all heard the horror stories of people being banned from Google search. Suddenly, your organic traffic plummets overnight -- and so does that pit in your stomach. You know you've maybe toed the line on what some might consider spam ... but is that really enough for Google to purposefully demote your site from its "hard-earned" rankings?

Sorry to be the bearer of bad news, but it is -- and that's exactly what happened to Rap Genius, a startup lyrics site, a month ago.

In the name of trying to grow their business fast, the folks at Rap Genius created a bogus affiliate program that would promote any blog post with a link back to Rap Genius lyrics in the post. The problem here? Check out that bold text. Any blog post -- regardless of whether it was relevant or not -- would get promoted by the startup. Yeah, it's pretty sketchy to me.

And apparently, it was sketchy to Google, too. The search engine giant demoted Rap Genius significantly in rankings, and the startup's been battling to be reinstated ever since.

If you want the full scoop, check out this fantastic feature story on TechCrunch. It's a long, but fascinating story of one largely funded startup's battle with the Goliath of search engine rankings ... all while coming clean about its own black-hat tricks to its community. As a bonus, throughout the whole story, you'll get some advice for your own marketing.

But I won't spoil the whole piece. :) Go on and check it out for yourself -- it could save you from being blacklisted by Google down the road.

Permalinks: What They Are & How to Structure Them for Max SEO Value

The Ultimate Guide to Technical SEO