The Future of Inbound: Shel Israel Looks Ahead to the 'Age of Context' 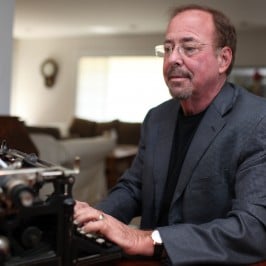 Shel Israel writes The Social Beat blog column at Forbes.com and has authored four books about digital media's impact on business. He's now working on his fifth book, The Age of Context: How it Will Change Your Work and Life with Robert Scoble, due to be published in October. 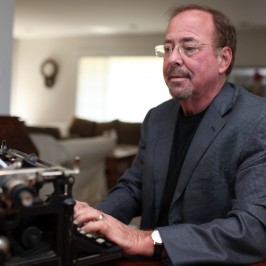 I got a chance to catch up with Israel to talk about the latest trends in marketing: context, personalization, and the debate over tracking cookies. Here's what he said.

Q. Can you tell us a bit about your upcoming book, The Age of Context? What are some examples of "context" we already see around us?

A. We look at five converging technology forces: mobile, social media, data, sensors, and location. As we see it, they are creating a huge contextual superforce in which technology becomes far more personal and capable of predicting what we want even before we ask.

The book has more than 100 examples, even though we are only at the dawn of this new age. We talk about how sensors will adjust traffic lights in real-time response to accidents or events like concerts, and how first responders can wear Google Glass or another smart eyewear device so that they understand where injured people or hazardous material is located in a burning building.

We write about how retailers will use sensors and data to offer real-time rewards when a shopper touches an item, and talk about a new personalized guide that will select programs, movies, and sports events based on your preference and the channels in your cable plan.

We also discuss how the New England Patriots are leading the NFL into an era when contextual technology allows in-stadium fans to have cold beers waiting for them at the moment they need them in the nearest concession stand.

We explore avenues such as business, health, education, and a great deal more that shows how the life and work of almost everyone is about to change -- hopefully for the better.

Q. The debate over third-party cookies is getting kind of heated. I understand why people want to shut off cookies and get rid of annoying advertising. But I wonder if we might go too far, and if perhaps we'll lose the ability to deliver useful, relevant, targeted and contextual content. What do you think?

A. Cookies are definitely a trade-off. They allow businesses to do all sorts of good stuff by knowing about each user. But they feel sneaky and make users very nervous about the data being collected. Take that anxiety and combine it with the frustration that

the advertising is most often irrelevant to our interests, and it makes sense why people vilify cookies today.

I think you are right. If we just turn cookies off, we'll lose something. Still, I think users should have the right to opt in whenever they possibly can -- it's very different from opting out. Users may make the wrong choice, but it's their wrong choice to make.

Q. Some people are saying that cookies are old-fashioned and will die off, and then we'll find new ways to track users and deliver better content. What are your thoughts along those lines?

A. All technologies age, and right now it's happening at an accelerated pace. I don't know of anything that can replace cookies today, but I'd be happy to see a less insidious technology. That being said, trying to ban cookies and stop tracking users altogether isn't going to happen. Cookie-haters who try to win the fight this way are like people standing on a beach and trying to stop a tsunami rolling in. First, there's no way you'll succeed, and second, you'll be in very deep and troubling waters really quickly.

As far as better advertising, I have a mere glimmer of hope that contextual technologies can make a difference. Cookies tell advertisers what we want at a time when we need it. But there is no technology to get them to stop when we no longer need something -- nor is there a financial incentive.

For example, one Sunday afternoon in January, I shopped around online for a hotel on Cape Cod in June. I made my selection a couple of hours later, booked my car and flight, and was done with the issue. A day has not gone by since then when I haven't received special offers for hotels on Cape Cod. Advertisers do this all the time. It pisses people off. It hurts the credibility of otherwise decent brands. But the ad folk themselves really have no reason to stop sending me those offers. I'll probably grow old and die, and still these offers will be sent to the online remnants of me.

Q. In the "age of context" how will brands learn about customers and deliver information that they will find useful rather than annoying?

A. In the coming age, our personal data, location, and likes will be known, which will help influence the scenarios I mentioned in my first answer. Our book doesn't deal with one factor -- time. It's the fourth dimension. There is a time when I want to see deals on a new car, refrigerator, or Cape Cod holiday package. And then there comes a time when I don't -- I've already made a decision or purchase. A huge step is for advertisers to understand and measure the loss of goodwill that occurs when they produce more noise than signal across all communications channels.

If you take it further, contextual ads can someday customize what each household sees on TV. They can even personalize the content you see on the screen in the back of a taxi. The first step,

however, faces the biggest barrier: an industry that doesn't understand that doing what they have always done will not remain effective.

Advertisers are in a cold war with the people they are trying to reach. They make TV ads noisier -- we invent the mute button. They stick in more ads -- we get a fast forward button. This isn't the way to build a trusted relationship.