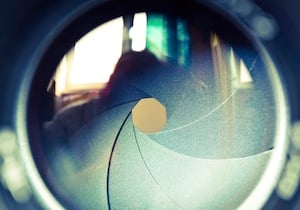 Flat design and filtered photos are going to be popular this year, and high-resolution video is in huge demand. Oh, and people in France really like black-and-white photos.

Those are a few of the lessons contained in Shutterstock's third annual study of design trends, presented in the incredibly polished infographic below.

Shutterstock is one of the biggest stock-art services in the world, with an archive that includes 30 million photos, graphics, and illustrations and 1 million videos. Shutterstock has customers in more than 150 countries and sells 3 images every second, making the company the "volume leader in image downloads," a spokesman says.

Better yet, all those downloads give Shutterstock a unique view on what's happening in design.

The move to flat design is not a big surprise, given the fact that Apple revamped its mobile operating system this year and embraced flatness in a big way. Apple may not have the biggest market share in mobile, but it does have huge mindshare and is considered a design leader.

But flat design was already catching on before Apple jumped on the bandwagon. Microsoft had already gone there with the design of Windows Phone 8, and you might even argue that sites like Pinterest contributed to the trend.

On the filtered photo front, Instagram is, of course, the original culprit, but now everybody has jumped on board. And again, as with flat design, it's not a big surprise to see filtered photos in big demand at Shutterstock.

Shutterstock also tracks which search terms saw the biggest jump in popularity last year. They include "3D Printing," "Responsive Design," "BYOD," and -- strangely enough -- "Gatsby." The last one soared supposedly because "Art Deco is back in fashion," according to Shutterstock.

For what it's worth, Shutterstock also runs a really terrific blog -- one that I consider a must-read for anyone who works in marketing, design, or media.

What are some design trends you foresee for 2014? Anything not listed in the infographic above? Share your thoughts below.