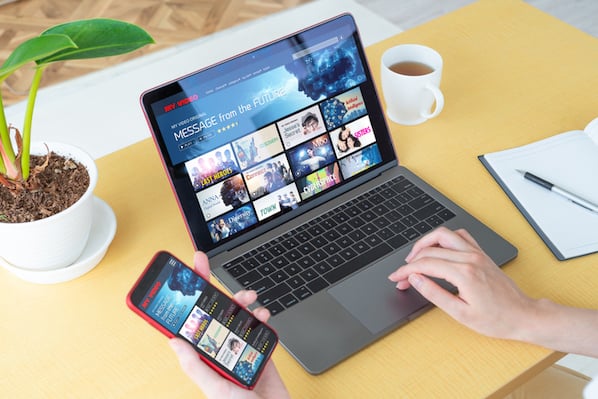 Over the past few years, video has become one of the most compelling ways for brands to tell their stories on social media.

From the instant popularity of Facebook Live videos to Instagram increasing their video length from 30 to 60 seconds, marketers are using the power of video to communicate their business' personalities and brand stories, to express creativity, and to build emotional connections with fans and followers.

And it's working: 51.9% of marketing professionals worldwide name video as the type of content with the best ROI, according to a research report from Adobe. And over 60% of marketers plan to increase their investment in video over the next year.

Right now, video is performing incredibly well on social media. So where is it headed during the rest of this year and beyond?

Read on to learn more about the future of social media video trends with these predictions backed by today's research and notable marketing experts.

The Future of Social Media Video

While video will content to grow in popularity on social media, not every platform will benefit equally from this growth. Some social media platforms will be better equipped to create, publish, and share videos than others. And, the ones where marketers are the most successful will be the ones that brands will gravitate towards the most — namely Facebook, YouTube, and Instagram.

These three platforms will be the most popular when it comes to social media video content. Not only do they already have millions of active users, but they also let you engage with followers after you post a video. The more you respond to comments and communicate with your audience, the more they'll interact with your content the next time you post.

"When you engage with your fans on Twitter and Facebook, it makes them all the more likely to notice when you have a new video up… and share it with their friends." – Megan O'Neill, Adweek

There will be more video-based social media platforms.

While Facebook, YouTube, and Instagram will start as the leading platforms for social media video, that doesn't mean they'll be alone at the top for long. In fact, there's already been a wave of new video-based social media platforms that are rapidly gaining popularity around the world.

Take Twitch, for example. In just eight years, the video game streaming platform has grown from 102K viewers to over 1.4 million viewers. 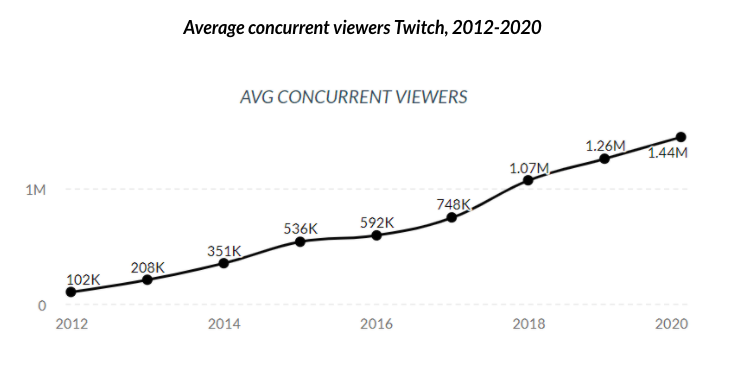 Tik Tok is another good example. It was the number one app downloaded in 2020 with an estimated 738 million downloads. With over 500 million active users, Tik Tok is now the sixth largest social media platform in the world behind Instagram, WeChat, Facebook Messenger, Facebook, and WhatsApp.

But, Tik Tok and Twitch aren't the only social platforms aiming to joining the ranks of Facebook, YouTube, and Instagram. Aside from smaller players like Meerkat and Parascope, Twitter is now getting into video with its newest feature, Fleets. Fleets are temporary posts that expire after a day, similar to an Instagram Story. With Fleets, users can post videos to their timelines which are six times more likely to be retweeted than a photo tweet. And, research from Nielsen suggests that Twitter video is twice as memorable than videos watched on other social media platforms. The reasoning here is that Twitter videos tend to be viewed as more organic and genuine than videos posted to Facebook, Youtube, or Instagram.

This means that Facebook would completely directly with brands like Netlix and Hulu. Its goal is to become the destination for video streaming and, according to Smith, it's investing heavily in its "Watch" feature to accomplish that goal.

YouTube, on the other hand, has been experimenting with YouTube TV since 2017. With YouTube TV, users can watch live television without a cable subscription. This is much different than YouTube's original approach, which was completely centered around user-generated content. With more social media platforms competing in its space, YouTube is expanding its offering to appeal to a larger audience.

Let's not forget Instagram, either. While it doesn't offer a full-fledge streaming service, Instagram recently launched its IGTV feature which is geared towards long-form video content. And, rather than having to tilt your device sideways to watch a video, IGTV expands the image so the video can be watched from your device's vertical interface. Research shows that watching videos from this angle improves its completion rate.

Video will become part of the shopping experience.

Video was already becoming a standard part of the customer experience, and now, as more people are working from home and shopping online, it's an essential for brands trying to promote their products. Social media presents the perfect opportunity to share these videos as 61% of consumers crave video content when interacting with a brand. And, 55% of people will use a brand's video content when making a purchase decision.

Here's an example of how J. Crew is using video to promote its new products on Instagram.

But, product promotion isn't the only way to capitalize on social media video. Brands like Napoleon Cat are creating "explainer" videos where they explain how a product works and who would use it.

Other brands are hosting Q&A sessions and posting customer testimonial videos as well. This provides a level of social proof that helps customers trust a brand after they watch one of these video. For example, here's a testimonial video for Clek created by one its customers.

These are a just a few ways that social media videos are affecting the customer experience. As Brian Halligan highlights in the quote below, these are the timely opportunities that "marketers need to adapt to or risk extinction" by falling behind their competitors. 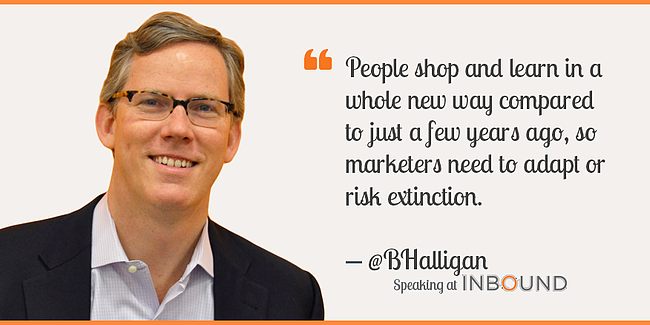