Would You Spend $1,000 to Complain About Poor Service? This Guy Did 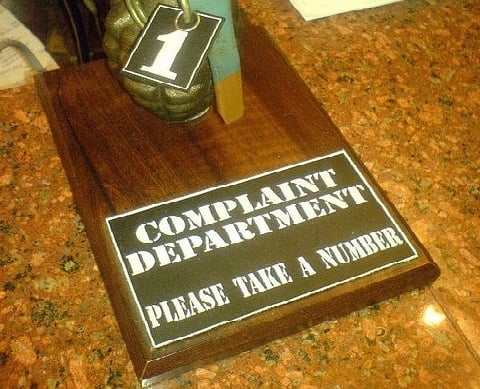 We’ve all heard that social media has empowered customers. But earlier this week one person took that empowerment to a whole new level. 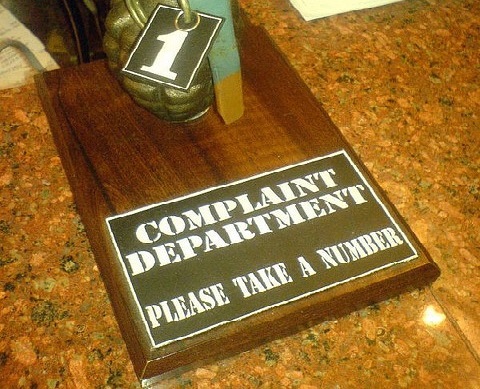 Hasan Syed was a passenger on British Airways. The airline lost his baggage and was slow in resolving the issue.

As a lot of other people have done in similar situations where they want to air a grievance, Syed took to Twitter -- only he added a twist. Instead of just tweeting, Syed, who uses the Twitter handle @HVSVN, spent $1,000 buying promoted tweets in the New York and U.K. markets, using Twitter’s self-serve ad platform..

That’s right: this guy used a platform that was created for companies to blast ads at consumers, and turned the platform on its head, using it as a way to blast out ads against a company. 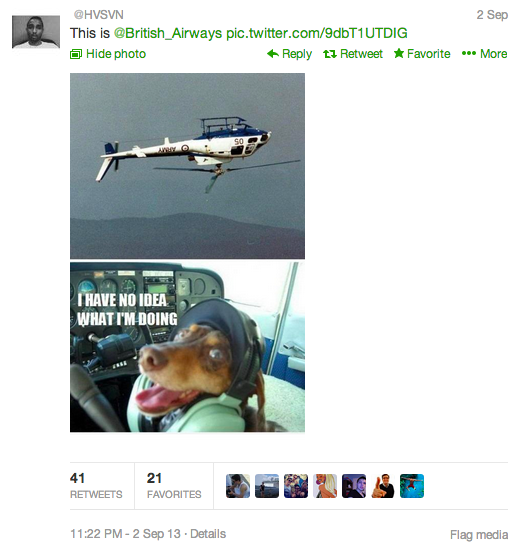 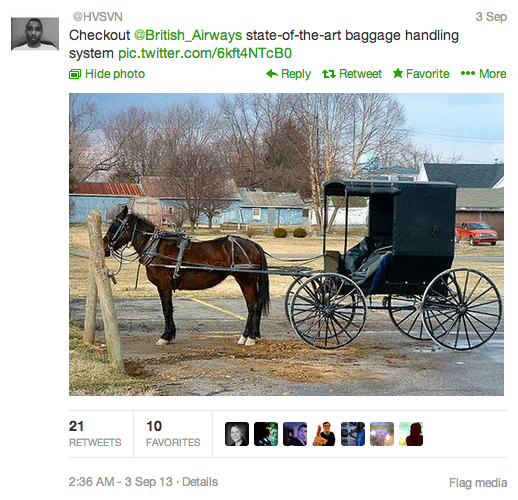 Soon the whole thing went viral. As word spread, the campaign was picked up by CNN, the BBC, and written about on sites like The Daily Dot, Mashable, and Gawker.

Syed started posted the tweets on Monday. British Airways responded on Tuesday, but its response only made things worse, because the airline said it hadn’t seen the tweets at first since “our Twitter feed is open 0900–1700 GMT.” Syed then mocked the airline for being a huge corporation running a 24/7 business but only watching Twitter for eight hours a day.

The whole thing got resolved, and Syed got his bags back. And British Airways issued a statement apologizing to him.

But this should serve as a cautionary tale for everyone who works in marketing or runs a business. Because ...

Who Will Be Next?

One person who took notice is Marty St. George, who works in marketing for JetBlue.

Someone else pointed out that airlines aren’t the only ones who could have this used against them:

To be sure, most people aren’t going to pony up a thousand bucks just so they can vent about some bad customer service. But some can, and apparently some will.

Which means brands now have yet another thing to worry about, and even more reason to be on guard.

When it all was over Syed declared victory:

Frankly I’d argue that this really wasn’t much of a victory. Think about it: This guy spent a thousand bucks for the return of baggage that would have been returned anyway, free.

And while I realize that it's annoying to lose a bag, look ... this happens. Anyone who does a lot of flying knows that. It’s no fun, but it happens. Most of us just suck it up and wait for our bags. This guy decided to throw a tantrum instead. What did he get for his money? I suppose a sense of satisfaction. He got mad at an airline, and got some payback by giving them a black eye.

Most of the stories about this incident have depicted Syed as a hero. Personally, I think he sounds like a bit of a jerk -- what do you think?

Nevertheless, there’s now yet another reason to be monitoring Twitter and other social feeds 24 hours a day.