SXSW Day 3 Recap: How BuzzFeed and CNN See Marketing's Future, the Author of Zucked, and Breaking Barriers With a Baseball Bat 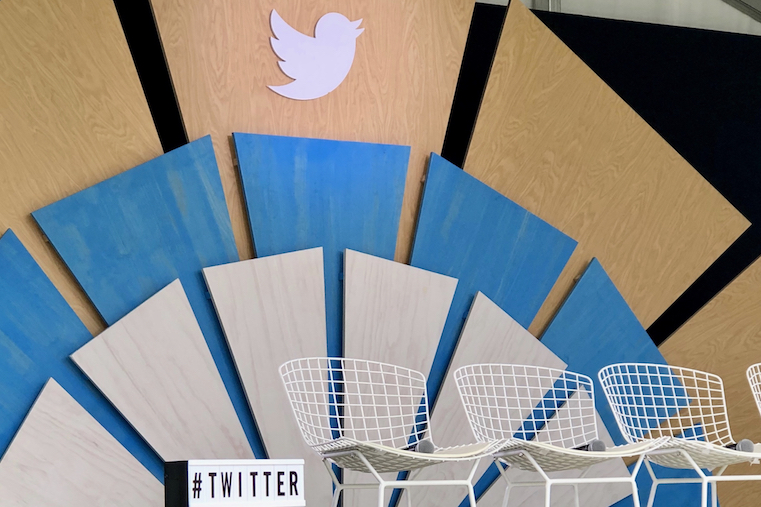 Hot weather and cool stuff seem to be ongoing themes here at SXSW 2019: a multi-day series of conferences and festivals around interactive, film, and music industries.

We're back with our day three recap of the lessons learned and most interesting things we saw at SXSW today. We'll be here through the end of next week to bring you these highlights each day -- and to see all of our event coverage, check out our SXSW 2019 hub here.

How We All Reshape the Business of News

The morning kicked off with a brunch at the SXSW Twitter House: a brand activation curated by the social platform, where today a panelist of three tech and news industry experts gathered for a discussion led by Sara Fischer of Axios.

At the center of the conversation was the intersection of tech, marketing, and news -- a particularly timely topic, given CNN and Twitter's recent partnership announcement, which will allow advertisers to buy ads around trending news stories (specifically, in the form of Twitter videos from CNN).

This new opportunity to join ongoing conversations on topics that are already receiving high engagement is one that carries benefits to marketers. But what value does it bring the end user, or the viewer who might be participating in this conversation on Twitter? The panel says: Quite a bit. 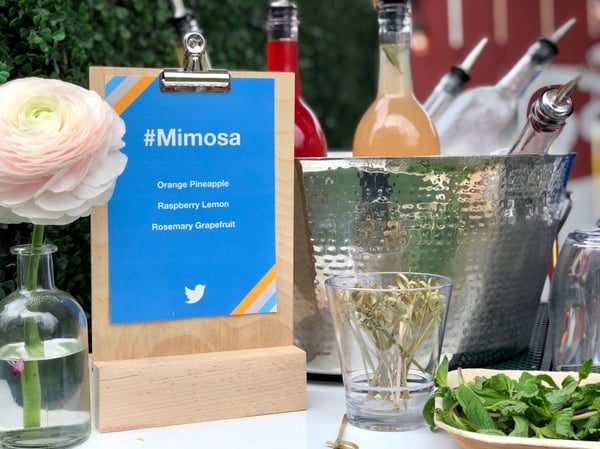 This favorability implied by the panel is largely due to the hope that -- like news organizations on social media are often tasked with doing -- brands and marketers can add context to these trending, newsworthy topics in a way that's relevant to their audiences.

But that opportunity isn't necessarily limited to news organizations -- and also applies to brands who can take advantage of these new Twitter tools, to add quality, accurate context to trending stories that help their audiences understand it. 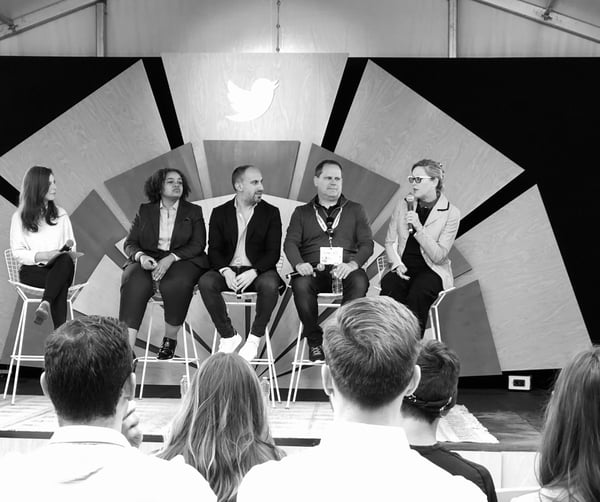 But don't try to capture everything -- which was another implied takeaway from today's panel discussion. Selectively dissect the most relevant, critical news items among the deluge, in a way that allows that audience to become immersed in the story behind it.

Fischer and panelist Shani Hilton, BuzzFeed's VP of News and Programming, also noted that this approach to a singular newsworthy item is one thing that makes documentaries -- the volume of which has reached an all-time high in recent years -- so successful.

“Documentaries, much like long-form journalism, let you immerse yourself in a story and really hear many sides of it,” explains Hilton, with Fischer adding, "They help you get to the bottom of something."

The call to action moving forward, in a way, is this: Help your audience “get to the bottom of it.” Help punctuate these viral, relevant moments by adding valuable insight to them -- for the people who are going to engage with them the most.

We chose to shatter the glass ceiling -- and here's how that went: We spoke with Lorraine Barber-Miller, CMO of ADP, about the inspiration behind the brand activation and how it's part of the company's recent rebrand. One of our key questions: How can growth companies, which might be newer to the industry than ADP, create similarly engaging brand activations with fewer resources?

Her answer, in short: Find a co-branding partner that can help you sponsor such an event, and with whom you can share new audiences -- much like ADP did with Wired for the Breaking Barriers experience.

Roger McNamee on How We All Got "Zucked"

Roger McNamee, a venture capital veteran and author of the recent book Zucked, sat down with Wired editor-in-chief Nicholas Thompson to discuss the state of Facebook and the changes made by the company over the past year -- largely in response to last spring's scandal in which personal user data was improperly harvested and used by voter profiling firm Cambridge Analytica.

With regard to those changes -- like building an archive of political ads, or rewriting its terms of service, among others -- McNamee said, "I don't think it's been effective."

While McNamee's reasons for this perspective are many -- and he acknowledged, "I don't want to impose my value system on anybody, but I want to give you a chance to think about what matters to you" -- he largely boils it down to a single foundation: Facebook's business model, and the values that drive it. 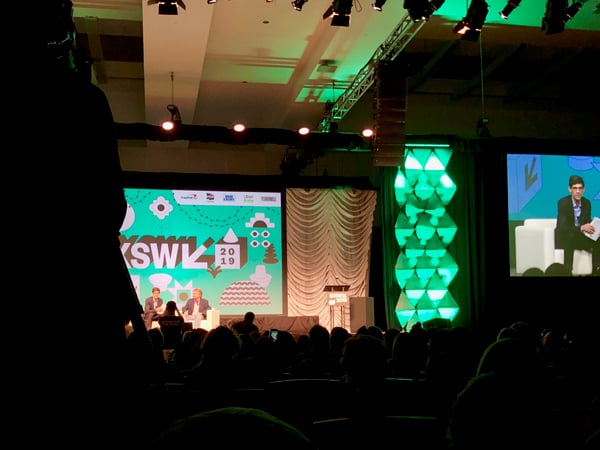 Where that foundation often meets conflict, McNamee said, is at the intersectional debate of profit, versus building technology that he says could be "humane" and empowering to the user.

But at the same time -- and despite the title of his book -- when asked if he believes Facebook CEO Mark Zuckerberg should step down, McNamee unhesitantly answered, "No."

"Is making the world a better place a value that we're actually going to pursue?" asks McNamee. "If you don’t change the business model, it doesn’t matter who’s running it."

The game's famed host, Scott Rogowsky, was present to lead participants in a chance to win $10,000: one of the higher monetary prizes offered in the game's history. (For more on HQ's game and business model, check out our story on the app's strategy here.) 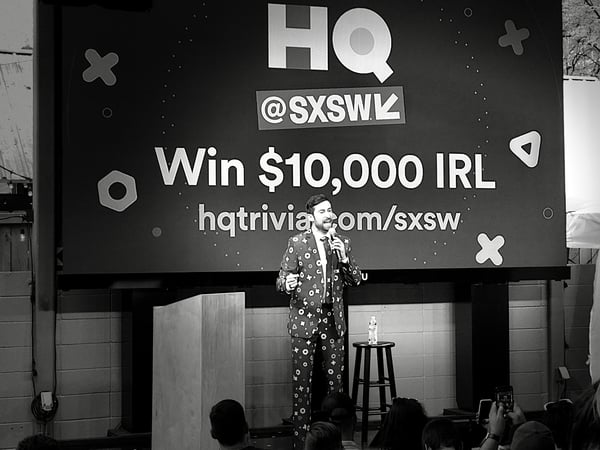 Game participants poured into the Comcast NBC Universal SXSW brand activation, where they played along with Rogowsky's live question-and-answer sequence through the app on their phones -- bringing to life an interesting case of on- and offline branding elements simultaneously working in tandem. 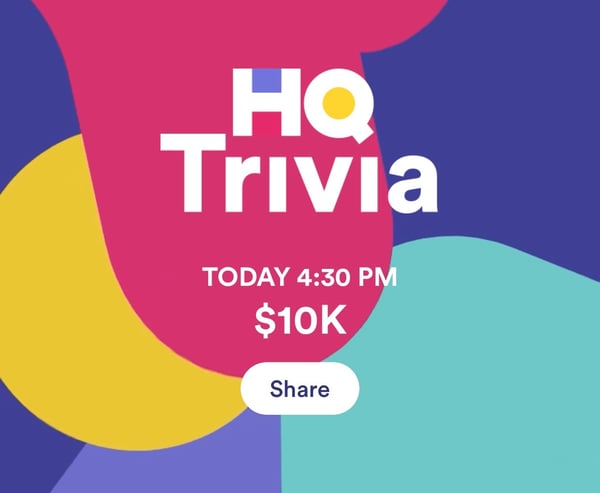 That's a wrap on day three. Check back tomorrow for our recap of day three's events, sights, and sounds.

Editor's note: This story's description of ADP was updated on March 15, 2019 to reflect the company's rebrand.