At SXSW, the Message Is Clear: "Premium Content Rules" 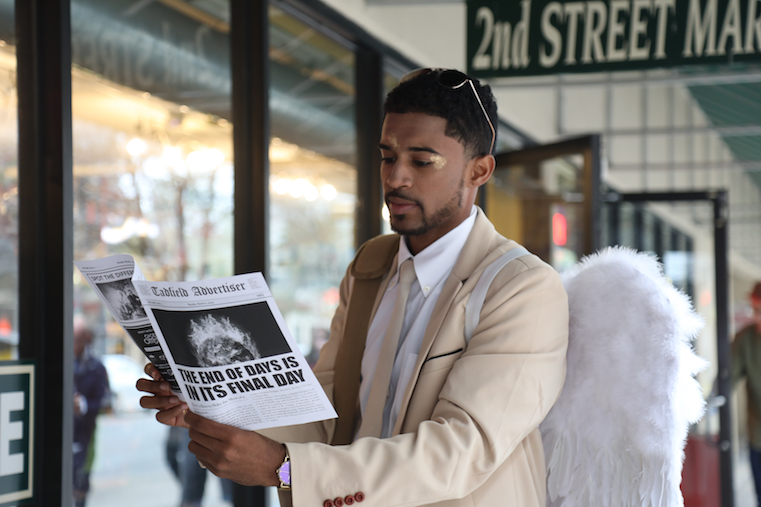 Between all the goings-on at SXSW 2019 and Facebook's hours-long outage this week, it was easy for other news items to fly under the radar.

One such story was about Google, and it's reportedly scaled back internal resources dedicated to hardware -- like laptops and tablets.

According to Business Insider, the move "involves Google's 'Create' division, which is responsible for developing and manufacturing the Pixelbook laptop and Pixel Slate tablet amongst the company's wider swath of 'Made by Google' products."

The most intriguing part of the move, arguably, is its timing, and how much it aligns with similar hardware scale backs by Apple. The latter is reportedly shifting its focus from hardware -- after disappointing iPhone sales, for instance-- to streaming video, around which it has a press event scheduled for March 25.

But the intriguing nature of the announcement went far beyond Google or Apple alone -- especially in the broader context of SXSW.

At the Austin, TX multi-day event this week, the topic of premium audio and video content -- whether quality journalism or entertainment -- its creators, and the platforms that make it available dominated numerous conversations.

And among those conversations, a question loomed: How do you support the creation of this quality content, while also making it accessible to its consumers?

Premium content is defined by Techopedia as "a type of digital content that may be accessed for a fee, and is usually of higher quality or more desirable than free content."

At SXSW, it was on full display. Streaming video platforms Amazon Prime and Netflix both sponsored brand activations and events to promote its latest original series, as did premium cable network Showtime. Jeffrey Katzenberg and Meg Whitman spoke in an hourlong interview to Quibi: a yet-to-be-launched streaming video service that will specialize in mobile, short-form premium content. (Quibi, for context, is short for "quick bites.") 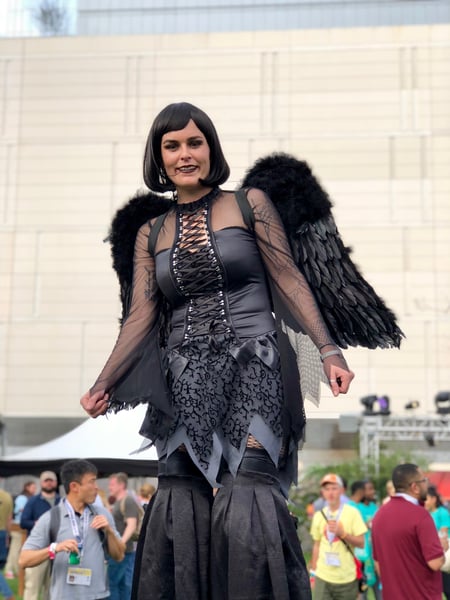 But it wasn't limited to video. Spotify Chief Content Officer Dawn Ostroff discussed the company's recent acquisition of narrative podcast network Gimlet and Anchor, a distribution and discovery platform for podcast creators -- as part of the company's vision for content creation beyond its legacy as a music streaming service.

In other words: It seemed as though everyone had original, premium content to promote, or a new platform where it could be viewed. 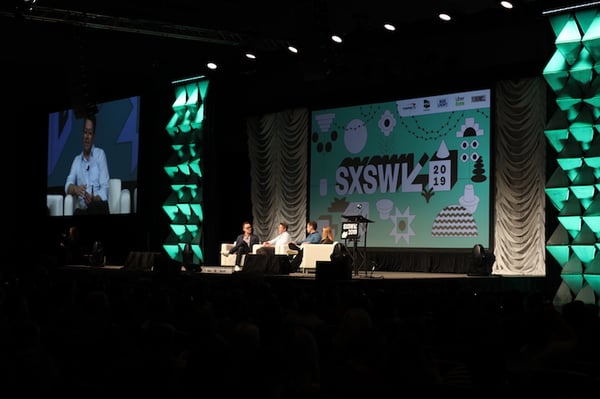 "The Second Golden Age of Audio --Podcasting" panelists from Spotify, Gimlet, and Anchor at SXSW 2019 | Stephen Fiske for News & Trends by HubSpot

The trends seems to have largely stemmed from the long-held success of Netflix's efforts to create and distribute original content, much of which has gone on to win highly esteemed awards. (Roma, one of the streaming platform's original full-length film, won the 2019 Academy Award for best director, among others.)

From there, marketers, platforms, and artists alike began to ask how they could emulate that success -- or how, at the very least, they could monetize efforts to do so.

One of the original key differentiating factors of the Netflix model was that, like such premium cable networks as HBO, it didn't rely on advertiser dollars -- and could instead be supported by subscription revenue. What's more: It was a standalone platform that users could install and experience without involving cable providers.

But as more platforms have jumped onto the "premium content platform" bandwagon -- YouTube Premium, Facebook Watch, and Hulu, to name a few -- the idea of how to appropriately monetize and support that content, while also making it accessible to consumers, has become more and more complex.

For many, that complication is particularly salient when it comes to the area of quality journalism and sources of news. At a breakfast panel hosted by CNN and Twitter -- who recently announced a partnership that will allow advertisers to buy ads around trending news stories (specifically, in the form of Twitter videos from CNN) -- the role of ads in supporting and providing this content was discussed.

Nick Sallon, Twitter's head of U.S. News Partnerships, argued that “ads are a part of democracy,” in they allow free access to high quality journalism for those who might not be able to afford subscriptions — the latter of which said could become “dangerous,” should it become the primary way of supporting premium news content.

At the #twitterhouse brunch, Nick Sallon argues that “ads are a part of democracy,” in that it allows free access to high quality journalism — which he says makes the lean toward subscription models “dangerous” #sxsw pic.twitter.com/ySyYQWSmuq

The question of whether one revenue model -- ad-supported versus subscription -- is better than the other sparked controversy elsewhere this week, when Luminary, a subscription-based podcast startup offering premium content, sent out a since-deleted tweet boldly stating, "Podcasts don't need ads."

The tweet was largely met with dispute from the podcast creator community, with responses ranging from the sarcastic, "Yep, podcasters should just work for free," to the more direct, "Luminary don't [sic] need customers," to the more explanatory, "Honestly, I prefer free podcasts with a few ads to paying a subscription fee to avoid them."

But it's not as simple as one revenue model better serving creators, platforms, and consumers than another, says HubSpot Senior Marketing Manager of Podcasts Sam Balter, who heard arguments from those who both favor both models.

Throughout the response to the infamous Luminary tweet -- to which the company eventually issued a semi-apologetic response -- “people mentioned how non-ad-supported content means the ecosystem is controlled by fewer people,” Balter explained. “There’s a belief that with platforms behind a paywall, content creators have to get past a gatekeeper to get their work in front of an audience -- versus being to create their own content, build an audience, and then find advertisers."

But some platforms, including Spotify and Hulu, offer options for both subscriptions and ads, depending on preference or budget -- for some of which has carved a pathway for appearing user-friendlier than their industry peers.

Take, for example, Spotify's recent filing of a formal complaint in the EU against Apple's alleged anticompetitive practices, which has been accompanied by a public campaign to dispute the behavior.

The campaign, which Spotify has named "Time to Play Fair," criticizes Apple's practice of charging a 30% fee on "content-based apps like Spotify," making it more difficult to compete with Apple Music streaming service.

The timing is particularly interesting, given the aforementioned March 25 Apple event, where the company is expected to formally unveil its streaming video service. While details have remained elusive, some are reporting that the service will be "subscription-based" -- and could be exclusively "integrated into the iPhone, iPad and set-top box’s TV app."

The subscription-only approach to Apple's future video streaming service aligns with its current models, where Apple Music, for example, is offered for $10/month, without an ad-supported version. Again -- Spotify offers options for both.

But back to the question with which this story opened: Does the trend of scaling back on investments in hardware, like Google's, indicate a future in which streaming, premium entertainment could also become a commodity?

"Video game console manufacturers lose money on pretty much every console they sell, but they make their money back with gaming content," Shamis explains. "If Google isn’t seeing value in selling phones or laptops, it can likely reinvest those efforts in YouTube content," which it acquired in 2006.

Noting that Google, by way of its ownership of YouTube, has already partnered with creators, influencers, and studios to build its premium content presence, Shamis proposes, "What if Google allocated a Netflix-level budget on original, premium programming that was bundled into an ad-free version of YouTube?"

In any case, he says, the growing number of players entering the premium content realm could ultimately benefit the consumer -- especially if revenue models also continue to be diversified.

"Cable companies used to dominate this area of entertainment, because aside from the movie theater, the only place to watch anything good was on TV. But that doesn’t exist anymore, because you can subscribe to whatever services you want," Shamis explains. "There are just more and more options -- and almost everyone already has a device to watch them on."