9 Ways to Use Twitter's New Photo Collages in Your Marketing 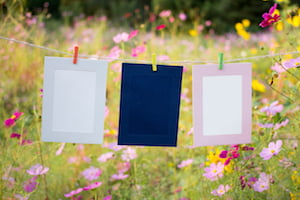 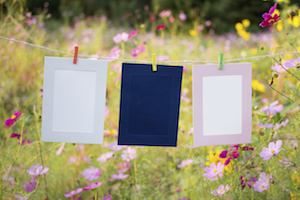 That being said, "more" can also open lots of creative opportunities to engage with your visitors, leads, and customers. Take Twitter's recent addition of photo collages for example -- more photos per tweet (up to four, total) means you have quite a few new ways to turn fans into customers.

14,000 already registered for the World's Largest Webinar! Save your seat: http://t.co/Nr7M6B9q2Q #WLW14 pic.twitter.com/aUAVCQcHPg

Even though brands can only post photo collages from their iPhones at the moment (Android and Twitter.com versions should be available soon), this new feature is great news for companies looking to try new things on their social media accounts. If you're feeling a little stuck on getting started with Twitter collages, we brainstormed a few ideas below that you can try out for your company.

Before people give over their information in exchange for a piece of your content, they want to know what they're going to get from you. Sure, if your landing pages are in tip-top shape, your visitors should always have a good idea of what they're about to download ... but enticing people to click on your landing page links on Twitter is a whole other story.

With the new collage feature, you can give a little sneak-peek of what's behind a landing page form. If it's an ebook, for example, you could include the cover and two screenshots of important pages inside. If your followers like what's in the collage, they'll be more likely to click through to your landing page and download the full content. Here's an example of a tweet we recently posted that promoted some downloadable marketing charts:

Here are some resources you can use to get inbound marketing buy-in: http://t.co/BZxO0rhso6 pic.twitter.com/FZFPTeEjt3

If one of your Twitter goals is to develop a passionate community, you can use Twitter collages to engage with several community members at once.

Feature up to four photos of your top fans in one tweet, and then use the rest of your tweet's character allotment to build your community however you see fit. Maybe include the #FollowFriday hashtag to help them get more followers. Maybe you can use the tweet to introduce them to each other. Or maybe, you just use the tweet to tell the rest of your following about them. Whatever you end up deciding, using the collage to feature followers could be an excellent community-building tool.

3) Teach People How to Do Something

Using collages for quick tutorials lets you showcase your industry know-how to a large audience -- and if people enjoy your helpful content, they may turn into blog readers and engaged leads. Like in the first idea, this one is all about giving your followers a sneak peek of your brand's personality and overall content to eventually convert them into passionate readers, fans, leads, and/or customers.

Do you want to promote a piece of content that has lots of tweetable takeaways and quotes? Create one tweet with several of the quotes as images. Here's an example of what that could look like -- though you'd need to add several more photos to make it a collage:

The collage feature gives you lots of creative wiggle room when promoting quotes. You could have four quotes from four different people, or you could have several quotes from one person, or two people and two quotes ... you get the point. Because of the way the collage works on Twitter, the possibilities are endless for showcasing compelling quotes.

Want to entice people to click on your latest list post? Instead of resorting to an Upworthy-esque headline, you could feature a few of the list items into collage pictures. This is just another version of the sneak peek strategy we've talked about before, so I won't go too in-depth here, but just know that it can be a great option for promoting blog posts on Twitter.

Need to get people to attend your next webinar, Twitter chat, or in-person event? Use collages to feature your speakers or the most enticing sessions. Each collage section could be a quote from each speaker or a quick one-sentence explanation of a popular session or even some of the questions you'll be asking in the Twitter chat.

Here's an example of how we've promoted a recent Partner event at HubSpot HQ:

How many collage sections you use is up to you, but think about how the collage layout can lend itself to event promotion.

People who follow you on Twitter aren't just random people who may buy from you some day -- you have leads, opportunities, and customers following you, too. So you may want to post some content on Twitter that'll help them in their buying stage.

For example, you might want to post a collage about a case study. Use one collage square to feature the customer or partner, then show the before and after content in the other two slots. If you don't have visuals to support the case study, you can also feature before and after stats and/or quotes from the customer. Prospective customers will be excited to discover visual, engaging content that can help them find out if your company is a good fit for them.

Sometimes, you'll need to promote your company's vision and culture on social media to reach your long-term branding and recruiting goals. Use the collages to feature pictures from company outings, your office space, or team events -- interested prospects and potential employees will get a much better idea of your culture with a collection of photos instead of the one-off tweet.

Hosting a contest where multiple people can win a prize? Use a collage to announce the winner. If you have user-generated content, you could use one collage square for the photo of the winner and the other for the winning entry. Or, just use photos of each winner in one collage. Just be sure you’re tagging the winners, too!

Like with the rest of these ideas, there are lots of ways you can feature winning contestants -- it all depends on how creative you want to get.

What other ways would your brand use Twitter collages? Share your ideas with us in the comments.