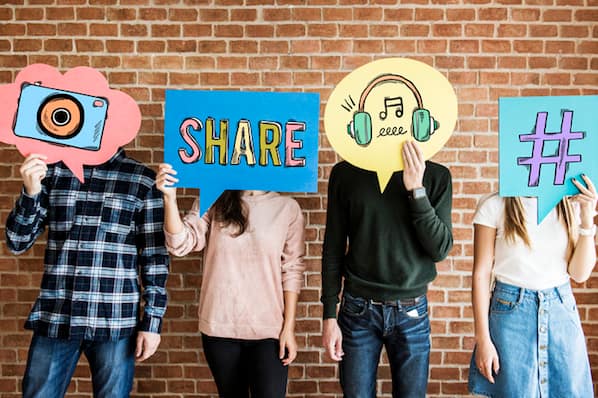 Twitter is one of the most popular (and powerful) social media networks around, and businesses everywhere are smart to continue using and innovating on it.

But how you use Twitter depends entirely on how its members use, follow, post, interact with, and hashtag the things they care about. Luckily, we curated some Twitter statistics to make your decision easier.

So, how are people using Twitter nowadays? How are businesses using Twitter? How does the network impact people's purchasing decisions? How do promoted tweets boost offline sales, and how connected do people feel to a brand as a result of your Twitter presence?

2. 79% of Twitter's monthly active users are outside the United States. (source: Twitter)

6. Twitter is the second-most popular social network in the United Kingdom, reaching 60% of the U.K.'s internet audience. The most popular is Facebook, at 90%. (source: Ofcom)

7. In Japan, Twitter Advertising reaches 38.6 million of Japanese citizens -- the 9th-highest percentage reach of any other country on Twitter. (source: We Are Social)

8. The Philippines has just under 3 million female Twitter users -- the most of any other country. India has the most male users, at 5.9 million. (source: We Are Social)

9. Katy Perry is the world's most followed Twitter account, at 107 million followers, followed by Justin Bieber and then Barack Obama. (source: We Are Social) 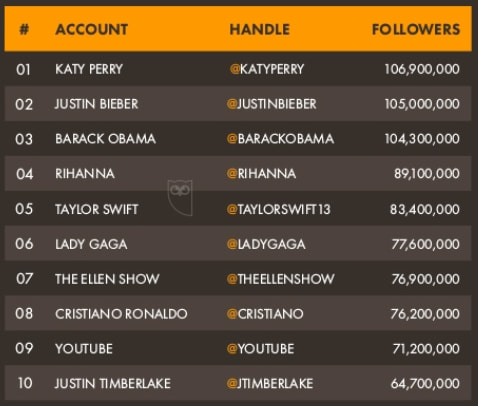 10. The NBA and Google are the most followed non-media business accounts on Twitter. Their followers are 28 million and 21 million, respectively. (source: Friend or Follow)

14. Netflix Brasil and Playstation Japan are the fastest-growing business accounts on Twitter, in terms of monthly follower increases. (source: SocialBakers)

16. SimilarWeb ranks twitter.com the 7th most visited website in the world. (source: We Are Social)

17. Twitter's global average time per visit is just over 9 minutes. (source: We Are Social)

18. As of 2018, some of the most popular Twitter hashtags included #crypto, #influencermarketing, #womenintech, #deeplearning, and #fridayfeeling. (source: HubSpot)

19. Tweets that include hashtags can result in as much as a 1,065% increase in engagement compared to a similar tweet without hashtags. (source: HubSpot)

20. Approximately 46% of Twitter users are on the platform every day. (source: Pew Research Center) 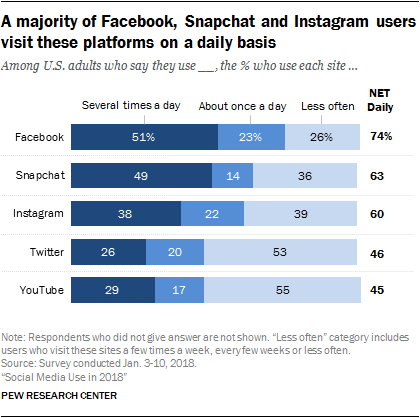 21. In the U.K., the average time per visitor on Twitter is roughly 2 hours. (source: comScore)

22. As of Q3 2018, engagement with paid Twitter Ads increased by 50% year over year. For advertisers, the cost per engagement decreased by 14% over the same time period. (source: Twitter)