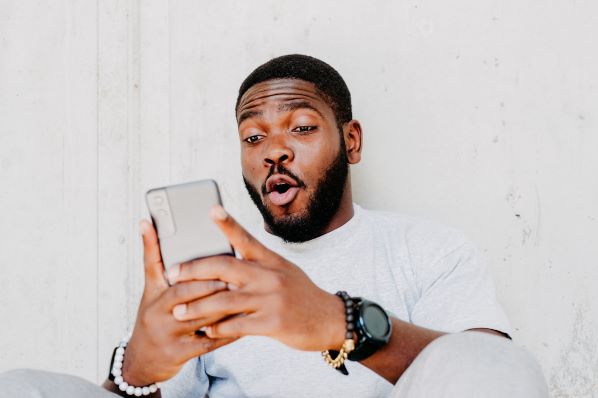 From TikTok to Clubhouse to Lasso, it seems like new viral social media platforms are popping up every day. Furthermore, many of the ones that were once en vogue have suddenly waned in popularity. If you’re a marketer, keeping up with these trends can be difficult but necessary in building and maintaining a strong audience.

Viral social media platforms: Where are they now?

In 2019, we saw brands like Guess experimenting with TikTok by creating their own unique viral video challenges. We predicted more industries and brands would start getting creative with their marketing tactics and dabble with TikTok over time.

However, in 2022, brands are still struggling to find their place on TikTok. In 2022, InVideo reported 50% of top brands do not have a presence on TikTok. This includes billion-dollar brands like Google, Ikea, and YouTube.

But this doesn’t mean businesses are counting the app out — far from it, actually. Through our own surveys, we found that 65% of social media marketers who leverage TikTok plan on increasing their investment in 2022.

If you’re a marketer looking to start leveraging the app, or increase your investment, a great way to do so is via influencer marketing. While many brands are still floundering to fit in on the app, TikTok influencers are popping every day and seeing huge success.

One example of this would be Drew Afualo (@drewafualo on TiKTok). The Los Angeles-based content creator rose to fame on TikTok by calling out misogynistic creators and users on the app.

Since gaining popularity on the app, Afualo has been tapped to promote films like “The Lost City,” starring Sandra Bullock and Channing Tatum.

She has also partnered with the online fashion retailer Shein to promote their SheinX collection.

@drewafualo Lmk which outfit is your fave 🤓 Shop the #SHEINX Collection & use my code “DREW” to save 15% off the entire @SHEIN US site! #SHEINpartner #fyp #xyzbca #girls #men #funny #college ♬ original sound - Drew Afualo

TikTok content creators like Afualo create meaningful connections with their audience and understand the app in ways that many brands do not. This makes influencer marketing a great method for brands or businesses looking to market themselves on TikTok.

I remember when Clubhouse was launched in 2020. It felt like an exclusive club where you had to know someone who could get you in. And in a way, it was. Clubhouse is an audio chat-based app. When it launched, users had to receive an invitation from another user to join.

When we first mentioned Clubhouse back in February 2021, the app was only available on iOS devices. However, the following May, it became available on Android devices as well.

In our initial reports, we said we weren’t quite sure whether Clubhouse could work for brands and marketers. And, in the last year, Clubhouse’s popularity has started to wane as other platforms, like Twitter via Twitter Spaces, dabble with audio chats.

Is Marketing on Clubhouse Valuable?

In February 2021, Clubhouse peaked at nearly 10 million monthly downloads. Just two months later, in April 2021, that number plummeted to just 900,000 downloads, according to Forbes. But don’t let that dissuade you from leveraging the audio app. Numbers suggest Clubhouse could be experiencing a resurgence in 2022.

In December 2021, the app was downloaded 1.3 million times and, as of the start of 2022, Clubhouse is ranked number 12 in social networking on the app store, according to InfluencerMarketing Hub.

So, is there value in marketing on Clubhouse? It depends on your approach. A huge draw for Clubhouse was its association with celebrities like Drake, Kevin Hart, and Tiffany Haddish. With that in mind, utilizing well-known influencers or industry micro-influencers to promote your brand on Clubhouse could be a worthy investment.

Clubhouse can also be a useful platform to host focus groups and to create personal connections with your audience.

However, if you find yourself struggling to find an influencer big enough to draw your audience to Clubhouse, or your audience doesn’t seem to frequent the app, it may be best to invest elsewhere.

Launched in 2020, Twitter Spaces is Twitter’s answer to Clubhouse. It’s a feature that allows users to join and host live audio discussions on the Twitter app.

We predicted that Twitter Spaces would be a great feature because Twitter is already a dialogue-friendly platform with very little focus on visuals.

Though there aren’t any statistics regarding Twitter Spaces popularity among users, Twitter itself is a hugely successful app. Twitter reported its annual revenue in 2021 was $5 billion, a 37% increase in its year-over-year revenue.

In a recent HubSpot survey, we also discovered that just 14% of social media marketers leverage audio chat rooms like Clubhouse and Twitter Spaces, however, 68% of those who do say it is the most effective social media marketing strategy they use.

Knowing the popularity of Twitter, and that your competitors are likely to increase their investment in audio chats, Twitter Spaces is definitely a feature you should consider in your marketing strategy.

Your brand can use Twitter Spaces to create meaningful engagement with its audience, connect during over trending topics and cultural moments, or hold large-scale focus groups to gain feedback on a product or service.

Launched in 2016, Houseparty was a group-messaging app that allowed video chats and could host up to eight users at a time. For added fun, participants could use unique filters, stickers, and other features to keep the party going. Two years after its founding, the app launched an in-chat gaming feature so users could play games with friends.

In 2019, we wrote, "For example, a small makeup company might sponsor a ‘houseparty’ where an influencer can answer beauty questions and show attendees how to use one of their new beauty products."

However, Houseparty was shut down in September 2021 after being acquired by Fortnite developer Epic Games. The game developer said, "The team behind Houseparty is working on creating new ways to have meaningful and authentic social interactions at metaverse scale across the Epic Games family."

We first pointed to Lasso as a social media platform marketers should watch back in 2019. Launched by Facebook in 2018, Lasso was a short video platform meant to compete with TikTok.

We stared into our crystal ball in 2019 and wrote, "While Lasso is just getting started, it might be a promising platform in the future because it's owned by Facebook. This could mean the app might benefit from Facebook's user base, technological resources, and financing."

Unfortunately, Lasso never really tapped into the Gen Z audience Facebook was trying to attain, and the app was shut down in July 2020. The platform was scrapped as Facebook began testing Instagrams TikTok-like feature, Reels.

Trying to promote your brand on an app that isn’t as popular as it once was can feel like showing up to a party after almost everyone’s gone home. Fortunately, new platforms are always on the rise, so there will always be new and creative ways to tap into your audience. And you can trust us to share what’s next.