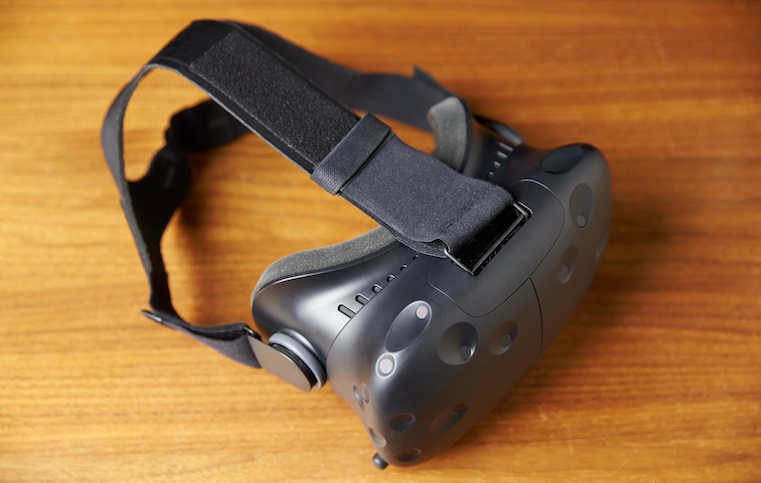 At least, one person in particular does. That would be Mark Zuckerberg, CEO of Facebook -- who at the 2017 Oculus Connect developer conference announced his lofty vision of one billion people using VR.

Of course, there's a backstory. In 2014, Facebook acquired Oculus: a maker of VR hardware, like headsets. Since then, the company has made efforts to make virtual reality more mainstream, like introducing its "affordable" ($199) wireless, standalone headset, the Oculus Go.

In September, at the 2018 edition of Oculus Connect, Zuckerberg filled us in on the progress to one billion people in VR:

Zuck is feeling funny today. Here’s a graphic showing the progress to his projection/goal last year of getting 1 billion people into VR #oc5 pic.twitter.com/hsHmmIo0s9

So, what's stopping VR from going mainstream? After all, at a minimum, it's fun to play with. The use cases for education via VR have been lauded by some. And as headset technology continues to improve, so will the experience of using VR for many.

We decided to find out, and asked hundreds of users for their thoughts on VR. Here's what we found.

The highest number of respondents -- 27% -- indicated that they do not own a VR headset because it "wouldn't benefit" them.

This response could indicate that use cases for VR remain unclear -- and, therefore, so does the value it could add to the user's day-to-day life. These findings align with those for a second question we asked of 773 people across the same region: If you owned a virtual reality (VR) headset, what would you use it for the most?

Nearly half of respondents -- about 41% -- said that they would primarily use this hardware for gaming, which is generally a leisure activity that's available through a number of other platforms that might be seen as more accessible than a VR headset.

That brings us to another possible barrier to VR's mainstream market permeation.

VR Headsets Are Viewed as Too Expensive

In addition to a seeming misunderstanding of VR's value proposition, about 21% of survey respondents indicated that they don't own a VR headset because it's too expensive.

Those findings align with the aforementioned point about gaming serving as the primary use case for VR. Gaming is available across a broad range of platforms, ranging from most smartphones to high-end standalone consoles, like Xbox products.

Sure, the Xbox console is more expensive. However, its name comes with a bit more brand recognition than Oculus, a fairly new name in what's already an emerging area of technology. And, as a partial result, the purpose of the Xbox -- playing video games -- is fairly explicit. 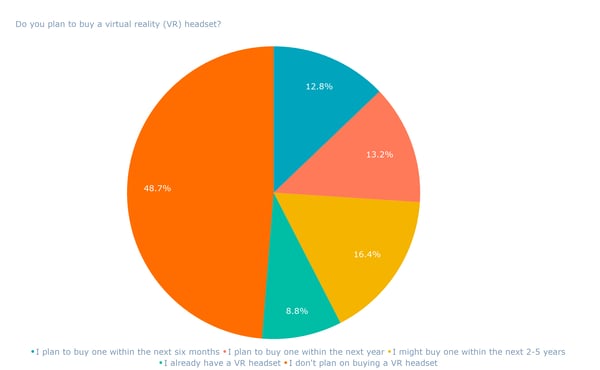 The general purpose of any VR headset, meanwhile, seems to be less clear -- perhaps because fewer people have had the opportunity to use it. One of its key differentiators from other gaming platforms, however, is the immersive, 360-degree experience it offers, which could serve as a channel to more widespread consumption.

"Developers likely will not chase markets that do not exist, and will typically build experiences for the market that exists for them," says Paul Mealy, author of Virtual & Augmented Reality For Dummies and director of interactive at POP. "At the moment, the largest public mass-consumption market for virtual reality is gamers."

People Want to Learn More About VR Before Investing in It

Finally, nearly a quarter of respondents (23.1%) indicated that before buying a headset, they "need to learn more about VR."

That response points to the idea that VR still remains an emerging, new technology that most users have yet to experience -- unlike traditional video games or social media, of which most users now have a clear understanding of their purposes.

But as we saw with our second survey question, that's not the case with virtual reality -- and many people don't understand what purpose it would serve in their homes or their lives.

"VR has two major barriers to break through in order to become the mass-consumable device most users think of as 'mainstream' – price and experience," Mealy explains. "What many are finding is that, like the age-old adage of 'quick, fast, cheap: pick two,' VR is struggling through 'price or experience, pick one.'"

However, that may not always be the case. When we posed our question about what users would do with a VR headset, should they own one, the responses beyond "gaming" were diverse -- with a fair amount of respondents indicating that they would use VR to watching movies or TV shows, explore a new place, connect with distant friends and family, or learn a new skill.

And as more users begin to understand the purpose of VR -- and the hardware is scaled to an increasingly accessible price point -- its use cases may not even be so flashy in the future, causing it to potentially follow a similar path as the smartphone.

So, will that happen in the immediate future? Probably not, Mealy believes -- but it's an eventual reality.

"VR will get there. We just have to remind ourselves that we are still in the first generation of VR headsets, and technology needs time to grow and mature," he says. "At the same time, we should recognized that VR has made incredible leaps and bounds since the launch of its first generation of hardware, and we've only scratched the surface."