What is Ad Tech and Why Should Agencies Care? 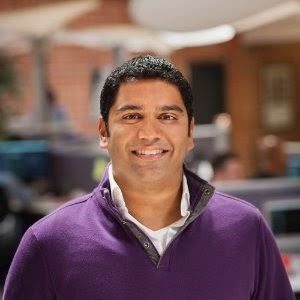 This discipline has been around for a few years, but it's only recently caught the attention of savvy ad tech agencies. In the era of big data, they've recognized having ad tech company relationships makes them more powerful and attractive to clients.

The age of social media has forced agencies to investigate innovative ways to interact with relevant users, rather than relying on typical broadcast or digital media buys. And the advantages for agencies investing in ad tech are plentiful: 74% of marketers want to work with ad agencies who know how to make use of ad tech.

But there's still one issue: many young ad agencies are still trying to figure out what exactly ad tech is -- and how they can best use it to their advantage.

What is Ad Tech? And Why Should You Care?

The first step to leveraging ad tech is understanding exactly what it is. Ad tech (short for advertising technology) is the umbrella term for the software and tools that help agencies and brands target, deliver, and analyze their digital advertising efforts.

If you've ever scratched your head at the terms "programmatic" or "omnichannel," you've likely already heard a little about what ad tech does (though you may not have even realized it). Programmatic advertising, for instance, buys target audiences instead of time slots: Think about buying ad space that reaches a particular demographic wherever it is instead of buying a prime time TV spot and hoping the right people are watching.

Omnichannel marketing reaches target consumers across all channels -- mobile, video, desktop, and more -- within the context of how they've interacted with a brand (those first seeing an ad will receive a different message from those who have engaged with that brand a number of times). Omnichannel and programmatic aren’t the only two tools within ad tech, but they are two of the most revolutionary.

That said, ad tech is designed to help advertisers make better use of their budgets. Ad tech methodologies deliver the right content at the right time to the right consumers, so there's less wasteful spending.

Elephants and Ad Tech: A Story

Imagine being asked to wash an elephant’s ears while conserving water. You could always bathe the whole elephant -- you would definitely get his ears clean, but you'd use much more water than you need to, so that method doesn’t make much sense.

To save your resources, you could concentrate on the head instead, using less water but still more than you’d like. Or you could figure out a way to use just enough water to scrub those ears and make him the happiest pachyderm in the herd.

Now, take this analogy and put it in the context of online ad placements.

The traditional method of pushing advertisements to web users involves a broad-brush approach, much like showering the whole elephant just to get to its ears. Remember that publishers are not based on ad networks, they're based on content. Advertisements slipped alongside content that may or may not have relevancy for the viewer forces exposure. This method can work, but it can be inefficient, annoying, and wasteful. It's still not the best use of an agency’s resources.

Today, ad tech methods supported by influential data allow agencies to make wiser placements that effectively position advertisements when and where they are needed most. This helps reduce wasted efforts and gets ads to users at critical touch points, meaning it’s helpful for both brands and consumers.

Instead of the standard sort of placement buys, ad agencies can integrate their ads using high-level data and technology. It's a logical next step toward seamless integration and high-impact, value-added placements. And it's redefining how agency planning and strategy teams look at media.

Ad tech has plenty of moving parts, which means there are countless opportunities for agencies to set themselves apart. The diversity of ad tech data allows for more granular and relevant targeting and integration. It also necessitates leaning upon trusted ad tech solutions and platforms to get the most out of every ad campaign.

One major effect for agencies and their clients is noticeable improvement in prospect interactions. Thanks to ad tech, brands can now connect all advertising channels. This means saying goodbye to clunky, unnatural advertising that irritates users and frustrates agencies and their clients. Instead, cross-platform uniformity ensures brands are reaching users consistently and logically.

Ad tech has also allowed retargeting to enjoy growing popularity -- so much that it represents about 90% of all advertising costs. In other words, it's not going away.

The problem is that it can be too intrusive, which leads to reduced effectiveness. By taking advantage of RTB options fueled by ad tech data, agencies can drill down and target only those audiences most likely to convert, without badgering those who aren’t.

Connecting the Dots Between Ad Tech Companies and Agencies

Knowing that they need each other to thrive, agencies and ad tech companies are on a joint mission to figure out how to forge long-lasting relationships. Deeper connections tend to occur naturally through regular communications, realistic expectations, and thoughtful customization.

Touching base regularly and working transparently between both parties is essential. There can no longer be a "set it and forget it" attitude in the online ad industry.

With new integrations between data, tech, and content, there needs to be consistent party involvement from start to finish. To this end, media publishers are having more discussions with their agency partners about content and other creative efforts than ever before. That makes it imperative for ad tech organizations and agencies to have an "open door" policy.

Quick turnarounds are another key factor to keep an eye on in the relationship between agencies and ad tech pros. Everyone wants rapid turnarounds, but sometimes things can get lost when too much is happening at one time, and sometimes quality is compromised.

Do you want something mediocre that's finished tomorrow or something impressive you have at the end of the week? You likely want the latter. Project management helps smooth out the flow between ad tech and agencies and ensures more successful campaigns.

Imagine you're a consumer who just saw a mobile ad that piqued your interest. When you go to browse on your laptop, you see the same ad. Then you see the same next time you’re on YouTube, then again before your next Hulu binge session. Seeing the exact same content becomes annoying, and your interest inevitably lowers.

That said, there can't be a repurposing of content and strategy across all channels -- that’s a dinosaur-era approach destined to backfire. Agencies and brands are realizing that they need to customize creative for each channel and integration. It’s no longer acceptable to have a mentality of "matched luggage" when it comes to media. Agencies can work hand-in-hand with an ad tech partner to achieve exceptional outcomes through data interpretation.

Ad tech has grown rapidly, and it’s showing zero signs of slowing down.

As it continues its spread, agencies will be able to take advantage of ad tech's opportunities to develop more integrations, more data sharing, extended reach across all channels, and cleaner integrations against content.

According to some stats, up to 39% of agencies already talk about their ad tech connections when wooing prospective clients.

When ad tech and agencies partner up, user experiences will be increasingly polished and positive, and agencies will get the reward for their commitment to embracing the benefits of a lasting relationship with ad tech providers.