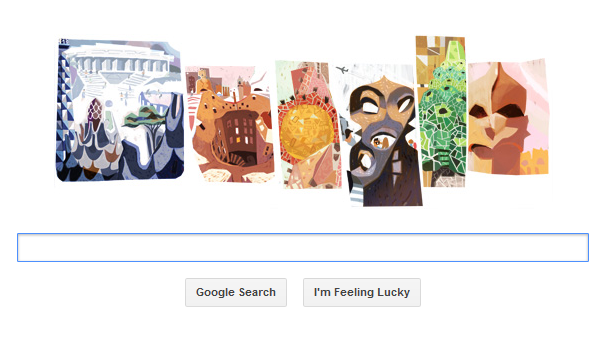 Anyone been to Google today? It's paying homage to architect Antoni Gaudi, who is most famous for designing the Sagrada Familia church in Barcelona (and may or may not be the origin behind the word "gaudy," according to some in my friend circle). If you haven't Googled yet today, the image is to the right -- now you'll understand why it was hailed by Mashable as "barely recognizable."

Anyway, there are more important things going on today than goodles (Google Doodles ... think we can make it stick?). There are super moon snapshots galore. Apparently Saturn's going to be making an appearance soon. Obama's singing Daft Punk. There's just a ton of big things going on, you guys. Here are the biggest news stories from the world of marketing.

Charlie Warzel over at BuzzFeed is postulating that Instagram's new video feature, which is integrated with Facebook (obviously), is kicking Vine's butt because Vine showed up first. Wait ... what? Well, the idea is that Instagram sat back and watched Vine, learning from their mistakes.

"Looking back, old App Store reviews now read like an instruction manual for the Instagram team, with the most negative reviews calling for nearly all of Instagram’s new features, like filters, better privacy settings, longer clip lengths, and the ability to upload previously recorded videos," Warzel reports.

I buy it ... though the Topsy data showing Instagram link shares surpassing Vine link shares doesn't convince me this is a permanent trend. I think it might just be people getting excited about this shiny new toy. We'll see, though. Personally, I will continue to use neither, and let the more creative people out there rock it.

Oh ... oh my ... NO! Discovery Channel put out a commercial to promote 2013's Shark Week, also known as the best week of television and the week I'll be conveniently "working from home." But then there's also an adorable baby seal in the ad, and ... well, yeah, just watch.

It's obviously meant to be funny (and it totally is), but I'm sure there are some seriously shocked seal fans watching out there. Either way, kudos to a job well done on your advertisement, Discovery Channel. As our regular readers know, I'm a big fan of well-executed ads, and Discovery Channel is one of the few that delivers A+ content on a consistent basis.

Doctors in South Korea have identified a huge uptick in something called "digital dementia." It's prevalent among so-called internet addicts, and in short, describes the inability for people who are extremely digitally connected to recall basic details because of the ease with which they can typically access information. A few years ago, I was most worried about carpal tunnel as a side effect of my office work, but as an inbound marketer I can't pretend this affliction hasn't crossed my mind, too. What do you think marketers -- do you forget details more easily than you used to because of your constant internet use?

Well, the piece puts this debate into perspective by going back to the 1600s, in which similar fears arose around the social network of that day -- the coffee house. It's a fascinating read, especially if you're a history buff. Check it out.

We hear a lot of hoopla about millennials struggling to find jobs. But luckily, The Onion has helped shed some light on popular summer jobs so you know where to look to make some cash. 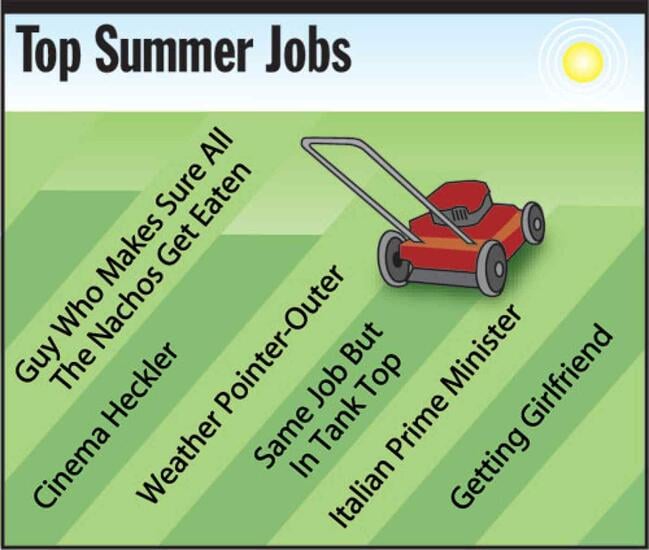 Alternately, you could apply to a real job, like the one we just published today for an Associate Editor. Only it's not a summer job ... it's like, full time. For real. Like, you can work here for a long time. That kind of thing. Oh, and to clarify, it's not only open to millennials. So if you found a typo in this blog post and you're itching to comment about it, perhaps check out the job posting instead? #productiveoutlets

What other amazing stories did we miss today? Keep us all in the loop!