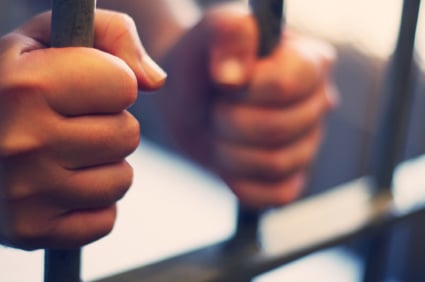 Happy Tuesday, marketers. NSA whistleblower Edward Snowden tells The Guardian that Google and Facebook have been "misleading" users about their role in sharing data with the government. He also says, "The U.S. government is not going to be able to cover this up by jailing or murdering me. Truth is coming, and it cannot be stopped." Doesn't that make you feel a whole lot better?

Cheapskate Millennials won’t buy cars, but love to look at them, eMarketer reports. The data: In 2001, people aged 18 to 34 bought 24% of all new cars in the U.S., but by last year, that figure had dropped to 13%. Nevertheless, males aged 18 to 34 visit automotive websites more than any other demographic group. Which sums up this generation: all browse, no action.

What to do? Reach Millennials on their own terms. Ford has gained a couple points of market share by partnering with Zipcar on college campuses. Also: Focus on mobile, social, and digital video, eMarketer advises. One thing you can’t do is just walk away. This most awful generation of all time represents 86 million people. In theory, that’s a lot of buying power. But for now, alas, it remains mostly theoretical.

Mobile search is booming and may soon eclipse desktop search. MarketingSherpa offers five great tips that helped one marketer boost conversation rates by 103% on mobile. One tip: Use click-to-call buttons, and let people know they’ll be talking to an actual human being.

But Just As You’re Getting Good at Mobile …

The tablet market only started in 2010, with the introduction of the iPad, but it’s already poised for a huge slowdown in growth, says analyst Roger Kay, writing in Forbes. “The fact that every white box vendor in Asia is jumping into tablets is the clearest sign yet that the days of heady growth there are almost done,” he says.

Anti-cookie advocates are threatening to walk out of talks aimed at developing a Do Not Track standard, AdExchanger reports. AdExchanger describes their threats as a “cyanide pill.” Leader of the rebellion is privacy advocate and Stanford grad student Jonathan Mayer, who says the talks have been dragging on for two years and it’s time to bail out. Mayer is pushing Mozilla to block cookies in Firefox, which is why folks on the ad side are freaking out.

So says Wired writer Mat "With One T" Honan, who put the cyborg specs on his 2-year-old and indicated she and other kids totally loved them. "It's been interesting to me to see how very much more receptive kids seem to be to Glass than adults. Their eagerness to try it out neatly mirrors the adult reluctance I’ve encountered," Honan writes.

That’s the word from TechCrunch about the mysterious event at Facebook this Thursday. Originally, TechCrunch guess-reported (citing unnamed "sources," ahem) that Facebook was announcing a news reader app. But now different unnamed sources claim the announcement involves Instagram, the popular photo app that Facebook acquired for $1 billion. Supposedly Instagram is adding the ability for users to make and share short videos, which is the same thing you can do with Vine, the new app from Twitter. The rumor makes sense if only because Facebook has become what Fred Wilson called “an institutionalized copycat” -- a clone factory, sort of like Microsoft in the 1990s, that waits for others to innovate, then either copies or buys them.

This time it’s Microsoft’s turn to slap Apple around, using Siri as a weapon. I doubt this ad will sell many of these Windows-based Dell tablets, but hey, it’s entertaining.

Marketing Win of the Day

This video about gay marriage in France is going viral and I’m warning you, it could make you cry. Basically, before gay marriage was legal in France, a group called “Tous Unis Pour l’Egalite” made it possible for French couples to get married by a mayor in Belgium, via Google+ Hangouts. The weddings were broadcast live on YouTube. Technology is so cool.

A New Look for Yahoo?

No, sorry, this isn’t real -- it springs from the imagination of web developer and designer Quincy Gibbs. But it’s pretty awesome, don’t you think? You can see his entire design here.