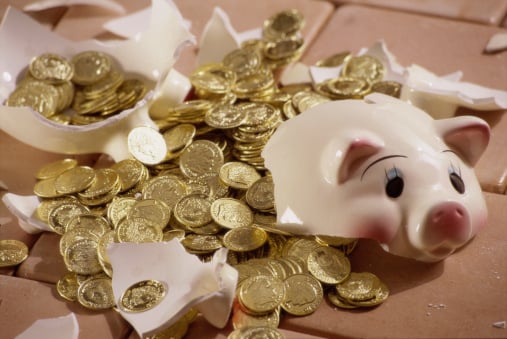 You know that time the sweater you ordered was more blue than black? Or the time your friend's birthday present showed up two weeks too late, even though you ordered it months ago? What about the time one of your returns didn't process?

Bad experiences with companies online aren't anything new -- which is why once in a while, we all take to the review sites and leave a negative review. Sure, some people are overzealous, but most people reading this blog are probably pretty discerning, reasonable people, jotting down their experiences so others can learn from them and make good choices about where they spend their money.

How One Woman Was Fined $3,500 for Leaving a Negative Online Review

Here's what happened. Jen Palmer ordered a package from a business called KlearGear a few years ago, but never received the package. When she couldn't get in touch with them, she wrote a negative review on Ripoff Report.

Three years later, KlearGear got in touch saying she had to either remove the negative review, or suffer a $3,500 fine. Here's what their notice read, courtesy of Mashable:

If you check out that first sentence, you'll notice the phrase "your acceptance of this sales contract prohibits you from taking any action that negatively impacts KlearGear.com, its reputation, products, services, management or employees."

In other words, when she did business with KlearGear, she checked that "Agree to Terms and Conditions" box you've clicked a hundred times before, but never read. And it came back to bite her in the ... well, in the wallet.

And if you think this is all totally screwed up, hold on to your hats, because it gets worse. According to Mashable, Ripoff Report refused to delete the post unless they were given $2,000. Because Palmer was unable to shell out the cash, she suffered subsequent financial hardship because of the credit dings.

Oh, and one more thing. Other KlearGear negative reviews say the company charges an additional $50 when you dispute a charge with your credit card company because your order wasn't received. Said one reviewer:

"They promised delivery within 10 days. After three weeks and unsuccessful attempts to contact them about my order - I cancelled the charge with my credit card company. A few weeks later I received an email from KlearGear's legal guru "Stephen Gutman" informing me that I owed KlearGear $50 for canceling my order due to the terms of service I had agreed to."

Luckily, Palmer's story is receiving coverage, and my hope is that she gets the backup she deserves. I suppose you can consider this post a little holiday shopping tip from me to you.

Have you heard other similar stories about online reviews taking this turn?

How We Prioritized Which Review Sites We Care About at HubSpot