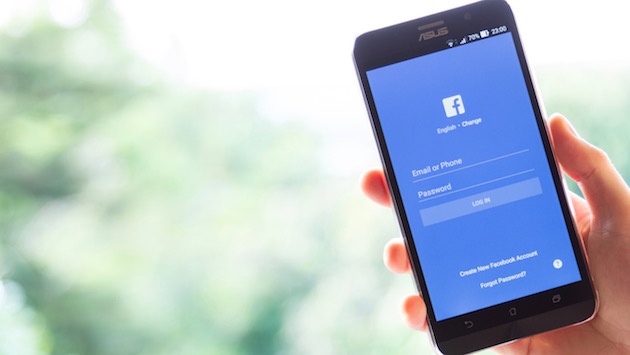 By now, it's clear: Facebook is trying to convince everyone that it's putting the "social" back in "social media."

As the network begins to show a loss of followers under 25, is called out as a place where users argue with each other over contentious topics, and continues to face scrutiny over bad actors allegedly weaponizing to influence elections -- Facebook wants the world to know, with no uncertainty, that it is making changes to emphasize content from friends and family.

And the latest installment of that saga comes in the form of Lists: a new feature that Facebook started rolling out today that invites users to make, as the name suggests, lists. Whether it's a to-do list, a wish list, or a list of self-improvement goals, the feature is quite open-ended and allows members of the social network to itemize whatever they see fit. 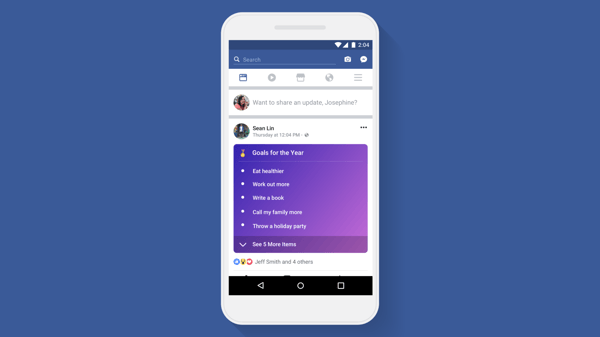 The feature, first reported earlier today by TechCrunch, is the most recent of a series of moves by Facebook to deemphasize branded Page content and help users see more posts from their personal networks.

It began with an announcement in January that the user's News Feed would only feature Page content with a high level of authentic engagement from his or her own personal networks. Then, just last week, Facebook confirmed that it was testing a feature that would allow users to downvote abusive or inappropriate content. 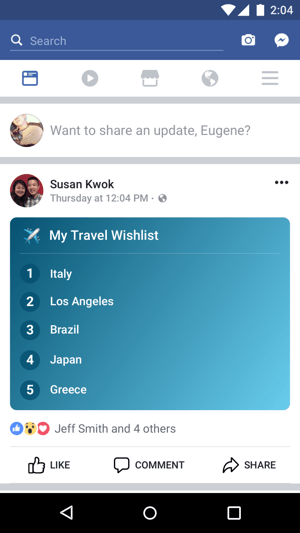 Though Facebook is only beginning to roll out Lists, it appears that it's only available to individual users, and not to Pages -- a move that HubSpot Social Media Social Campaign Strategy Associate Henry Franco says underscores the network's "throwback" shift to what it was originally created to do.

"My guess is it’s a play by Facebook to bolster the person-to-person experience on the platform," Franco explains, "like the status updates of yore."

The Lists feature, he continues, is "building out functionality for users rather than businesses," further signaling a move away from Page content in users' news feeds.

I'll be keeping an eye on this feature as it continues to be tested. As always, feel free to weigh in with your take or questions on Twitter.